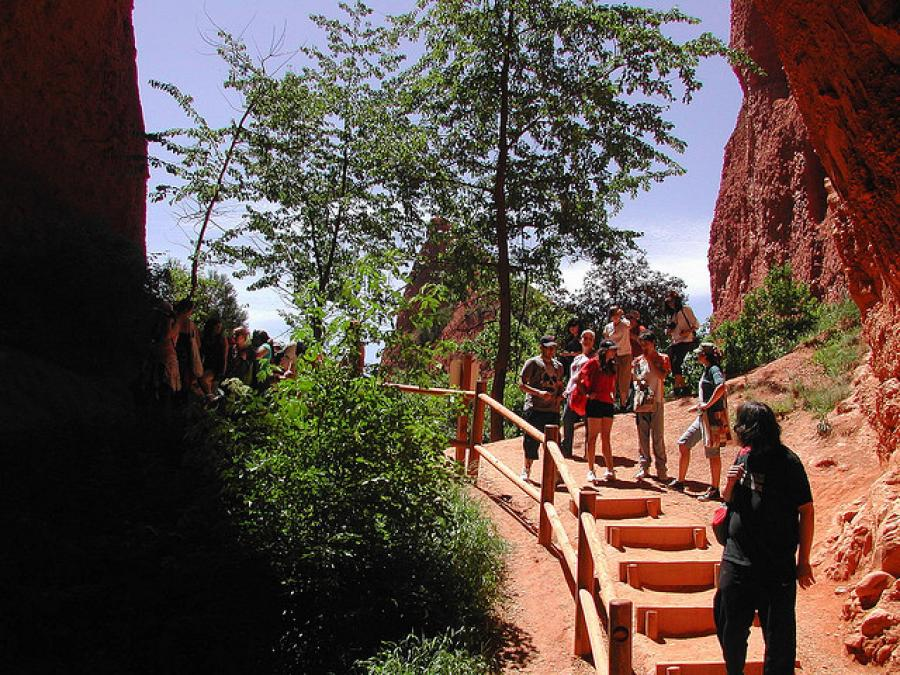 This article was written by Becky Wyde from Durham University, published on 19th March 2014 and has been read 6249 times.

Study Abroad Mole Diaries Durham Uni Santiago de Compostela Vigo Galicia Lugo
Becky is studying French, Spanish and Catalan at Durham University. She has just spent a semester in Tours, France, and is now studying in Lugo, Spain. Check out her blog for her latest update, and here is her insider guide to life in Galicia, the hilly autonomous community in the northwest corner of Spain. Read on for tips on the countryside, cities, food, weather and language in Galicia...

Having been in Spain for 7 weeks now, I’m loving it more and more. I’m seeing new sights and new places most weekends, and to be honest I couldn’t be happier. But what struck me, looking back, was my sheer knuckle-clenching, heart-stopping terror when I was informed I’d have to choose between two locations in Galicia to do an Erasmus term. At the time, I knew nothing about the region, and was under the erroneous impression that it was a rural backwater with lots of sheep, rain, and nothing much else. But I surprised myself (and everyone else) by falling in love with the region pretty much immediately. So what is so great about Galicia?

This may seem like a bit of a rubbish reason to start with, but believe me when I say Galician countryside is some of the most beautiful in Spain. Misty, snow-capped mountains together with dark, sprawling woodlands, and green everywhere you look, Galician countryside is absolutely stunning. It was here that the haunting fairytale Pan’s Labyrinth was set, and it’s easy to see why if you watch some of the silent woods, particularly if it’s raining (which is a lot). Galicia is also close to the sea, and some of the most stunning beaches in the world: Google Playa de las Catedrales. With so much to see, this region is a must for nature-lovers, or even if you just like having a break from city life with endless noise and pollution.

Galician food, particularly seafood, is just stupendous. Pulpo, octopus, is a regional speciality, and you won’t be able to avoid trying it. Contrary to the expectations of my landlord, I found it delicious: ‘Are you sure you’re British?’ was his reaction when I told him I enjoyed it. However if you’re a meat lover, churrasco is also a must: basically barbecued meat with some sort of glaze over the top, it’s stupendous, especially if you try it with the creamy garlic sauce. Chorizo soaked in cider has also become a favourite, as has merluza (hake) with HUGE prawns, clams and smaller prawns. Of course I couldn’t forget to mention the spongy tortillas (omelettes, not sandwich wraps) with potatoes, peppers and onions, but this is less typically Galician. The tapas culture here in Lugo is also fab, as with every drink you order you get a free plate of delicious food! The short answer: if you’re going to Galicia, expect to eat well. Really well.

So I know everyone’s year abroad experience is completely different and unique, wherever you go. No one’s going to meet exactly the same people, go through the same challenges as you. But Galicia is one of those regions of Spain that people mention, but no one seems to know anything about. Going to such an out-of-the-way region gives you that little bit of edge. Galicia is really nothing like the stereotypical image of ‘Spain’: people aren’t as open and friendly as you might expect (although they are lovely), the weather is… interesting (read: rainy) and their culture is influenced a lot more by their Celtic ancestors than Latin culture in, say, Andalucia. For example, I spent my carnaval weekend participating in a ferrapada (a muddy clothes battle), and was kindly interviewed by a Galician TV channel after I got hit in the face with a muddy cardigan. I also got caked in flour, and had fire ants put down my top. How many people can say they’ve done that? Hopefully not many, it was horrible. Studying in Galicia has really put into perspective how vast a country Spain is, and it’s endlessly fascinating looking at the culture here compared to what we’ve always been taught is ‘Spanish’.

One of the advantages of going to a lesser-known region is the price. I won’t disclose my exact rent, but it’s literally half of what I was paying in France, all bills included. This means extra money to get out and see Spain!

Although small, this region is packed with beautiful cities to go and explore. Santiago de Compostela is one of my absolute favourites of anywhere in Spain; with winding cobbled streets, stunning architecture, some of the friendliest people I’ve ever met, and lots of cafés to sit and watch the world go by. A Coruña is also an incredibly vibrant and beautiful city, right next to the beach, and I’ve been informed that I can’t leave Galicia without going to Vigo and having some seafood there. The natural hot springs in Ourense are also a must-see! 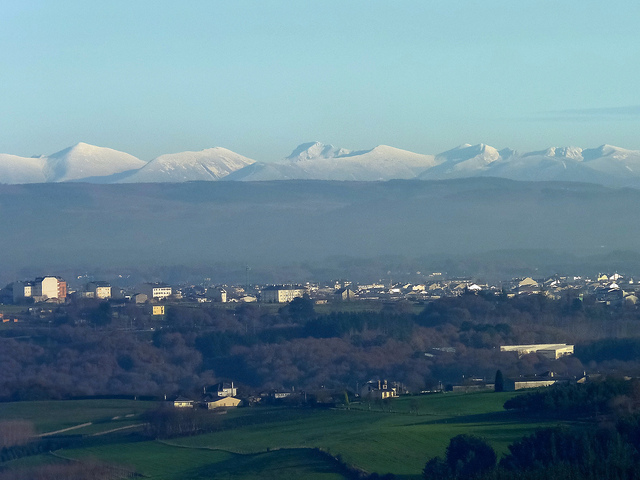 Photo of the countryside around Lugo, by luis vilanova

One of the major plus points about living here is that it’s been brilliant for my Spanish. This might be more down to Lugo’s smallness than much else, but very few people speak English here in Galicia, not even in the touristy shops in Santiago. I’m one of only 3 Anglophone students in Lugo, meaning I have to make an effort to speak English. It’s fantastic! Another advantage about Spain in general is that with lots of exchange students from Latin America, it’s much easier to find friends who are native Spanish speakers. I share a flat with 5 Mexicans and 1 American, and although I speak with more of a Mexican accent than Galician at the moment (and use their slang, to the amusement of my classmates) I speak Spanish 90% of the time.

Now for the downsides

While living in a smaller town suits me exactly, (I live and study in Lugo, about 2 hours from Santiago), it’s not for everyone. But that doesn’t mean the larger cities aren’t vibrant enough to have fun in, both Vigo and A Coruña being bigger and livelier than where I am. Santiago is also a small city, but has a really dynamic student community. If you love the sun, though, take care - from December to the start of March it rained every single day. It felt like we’d soon have to start herding two of every species into our building. But as a friend said, it’s the weather that gives the region its character, as well as its greenery, and we’d get bored of the sun if we saw it every day. Not sure if I agree with that, but it’s true that seeing yet another broken umbrella tossed away on the pavement makes me chuckle even while holding my hat to my head.

Although to start with, (like everyone) I found the year abroad fairly difficult, and I know only too well the ups and downs this crazy year can take you on. But I can honestly say choosing Lugo and not giving up on an Erasmus placement altogether was one of the best decisions I made last year. Galicia can seem scary because of its relative anonymity, but if you want a slightly different experience, I couldn’t recommend this tiny, green corner of Spain highly enough.