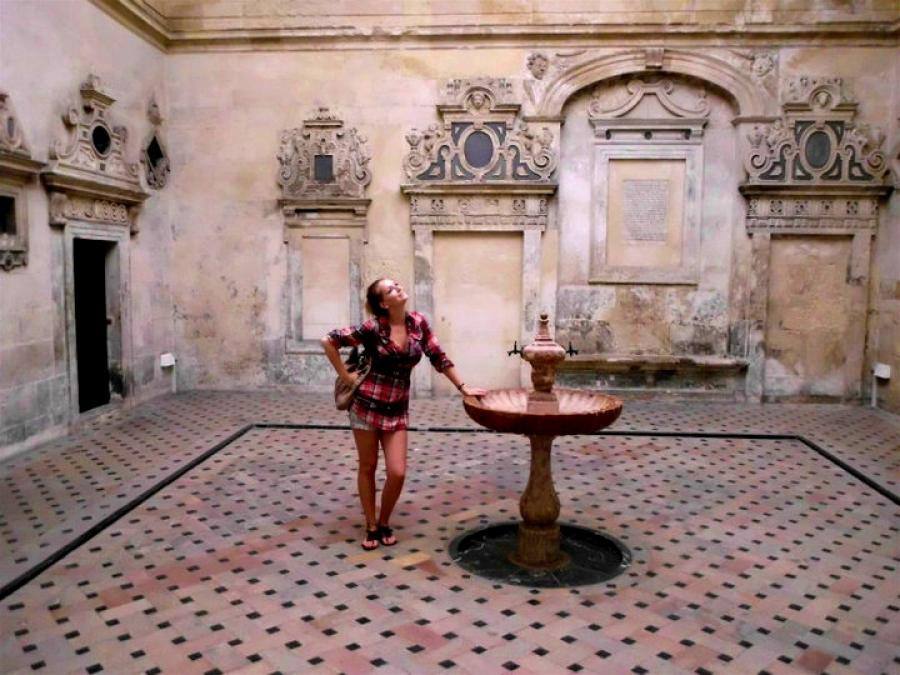 This article was written by Virginia Stuart-Taylor, published on 14th April 2013 and has been read 8177 times.

Virginia Stuart-Taylor studied Spanish, Italian and Portuguese at the University of Exeter and spent 6 months of her third year abroad studying in Córdoba, in Spain. Having graduated from university, she now writes a blog about travelling and living abroad called The Well-Travelled Postcard, and you can also follow her on Twitter @vstuarttaylor.

1. The art of choosing a lesser-known city

When choosing where to go on a Year Abroad, if your main aim is to learn the language, I find that a good recipe for success is to choose a city you’ve never heard of before. At least that’s how I spent my year abroad, and I even impressed myself with just how much I learnt with only six months in each city.

I spent the first six months of my third year abroad in a city called Córdoba in Andalucía. It’s a mini version of Seville, its larger and more famous cousin. The second half of my Year Abroad was in Modena in Emilia-Romagna, Italy, and you can read about it and my internship at Armani here. In both cases it was probably due to my own ignorance that I didn’t know of either city beforehand, but this had its benefits. In both cases I was fortunate to meet only five or so other English people in my entire time there, and as they’re not tourist hot spots like Barcelona or Florence, the locals aren’t all fluent English-speakers, and life goes on very much as it should do. The locals of both cities aren’t fed up of tourists, so they still treat you kindly and with a healthy dose of curiosity, as one of the few foreigners in the city.

As very few of the residents speak English, you’re forced to brush up on your language to get about and make friends. In larger, more daunting cities, it can be comforting to surround yourself with other foreign Erasmus students, as you’re all in the same boat, and finding a house full of natives is a challenge. In smaller cities however, it’s pretty much a given that you’ll be living with natives. A golden nugget of advice that I was given by an older student before my Year Abroad was this: live with natives.

Along with “find a native boyfriend/girlfriend”, living with natives is the single best thing you can do to immerse yourself in the language, the culture and the community.

And so it came to be that I found myself living with three eccentric actors and a feisty kitten, all four of them born-and-bred Andalucians. My three flatmates were forever rehearsing with other actors, mostly in our living room, meaning that I had a free show to watch most evenings if I wanted! Sunday lunch paella was a given and parties galore meant that I quickly got to know a lot of their other local friends. As I mentioned, I was one of only about five English Erasmus students, which meant we couldn’t get trapped into a friendship group of English students abroad, as some of the other nationalities did. I was also an “honorary member” of the group of Italian Erasmus students, giving me the opportunity to practice and maintain my Italian every now and again.

3. Teaching English on the side

Alongside my studies at the Universidad de Córdoba, I discovered that native English-speakers were in demand as teachers. Youth unemployment in Andalucía is apparently at a shocking 50%, but I didn’t even have to look for a job. I was actually just at a party when a Spanish woman came up to me, having heard from someone else that I was English. There and then she practically offered me a job teaching adults in her English Academy, not caring that I had no teaching qualifications and zero previous experience as a teacher! As well as my work in the academy I was also asked to informally teach two young sisters. Word of mouth soon spread and mothers were calling me up pleading with me to teach their children. It got to the point where I was turning them down, as I had no free time left. By the way, none of this was because of any miraculous teaching skills on my part, they were simply desperate for a native speaker.

The other major advantage of Córdoba is that it’s an incredibly cheap city to live in! Working barely six hours a week as an English tutor more than covered my rent (only €180 per month) and left money to spare, which I then used to travel around Andalucía, where the real Spain can be found: the home of flamenco, tapas and the Arabic architecture of the Moors.

1. Treat myself to the indulgent (but very cheap) Arabic Baths in Calle Corregidor Luís de la Cerda. A massage and two hours of bliss for just €36.

2. Read Spanish literature while sipping a tinto de verano in the shade of a tree, listening to the gentle splash of a nearby fountain, in the Plaza de Jerónimo Páez, in the heart of the Judería (the Jewish Quarter and the oldest part of the city).

3. Have a breakfast of tomatoes & olive oil on toast, sat on the sunny balcony of the Moroccan-inspired Sojo Ribera (which is a club by night) overlooking the Quadalquivir River.

4. Share plates and plates of delicious tapas with friends in Bar Moriles, the city’s best tapas bar (although admittedly not the most beautiful), on Calle Antonio Maura.

5. Dar una vuelta, that is, take a stroll around the city after the essential siesta, when the city wakes up again and everyone heads outside to see and be seen. It’s at that hour when the heat is beginning to subside and the shops re-open. My favourite pastime of all! 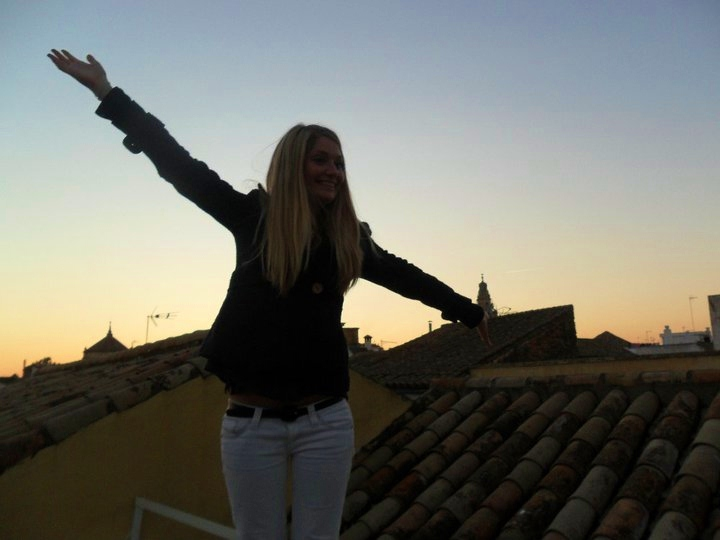 5. Life as a student

I haven’t even begun to talk about my life as an Erasmus student. There was always so much going on outside of studying that when I think of Córdoba, my mind immediately jumps to my lifestyle there, rather than my studies. The Andalucian accent is notoriously the hardest to understand in Spain. They say that if you can understand andaluz, then you can understand any accent in Spain or Latin America! The students and younger lecturers will try to speak clearly for you, once they realise they have a foreigner in the room. However if you’re unfortunate enough to end up with a slightly older lecturer, especially one from the provinces rather than the city, then you’ve no hope at the beginning! I spent a solid month attending an International Relations module without understanding a word the professor said, before my ear suddenly switched, and as if by magic I realised that I could work out what he was saying! That was a big moment for me – when I noticeably saw that my Spanish was actually improving. Overall the lecturers were really understanding and quiet lenient on us Erasmus students, so studying was never as stressful as I was expecting it to be.

6. The key to enjoying your year abroad

In my opinion, the key to enjoying a third year abroad is not to take anything too seriously. Before I moved to Córdoba, I had plenty of worries about where to live, whether my Spanish would be up to it, how I’d meet people, etc. But when you only have a semester or two living in a new city abroad, you need to forget the worrying and get on with making the most of every single day you have there.

1. Say yes to every invitation you get.
2. Talk to absolutely everyone (in a foreign language, obviously).
3. Learn about the city and its traditions.
4. Find out what the locals do and do the same.
5. Travel around as much as you possibly can.
6. And don’t worry - any hurdles you encounter will sort themselves out.

by Charlotte Jones
Living and working in Spain