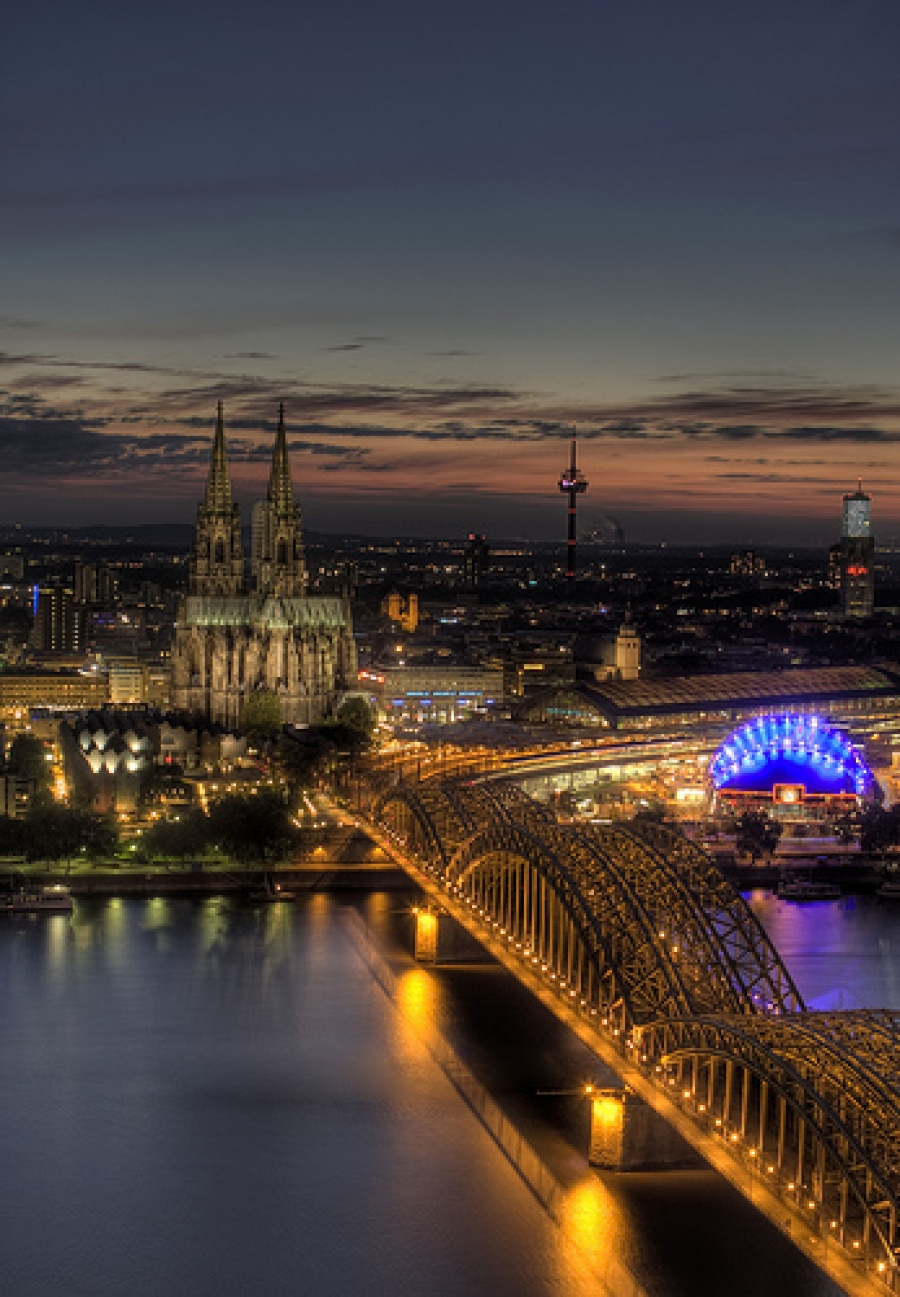 This article was written by Fiona Macfarlane, published on 29th October 2010 and has been read 31314 times.

Cologne Living and working in Germany Mole Diaries
Cologne is Germany's 4th largest city, and is located on the Rhine. When arriving in Cologne by train, the first thing that you will see is the cathedral, a beautiful, massive building that stands right next to the main train station.

The area around the cathedral is always busy and full of tourists, and the main shopping streets can be found very nearby. If you’re looking for more buildings of the same genre, you’ll find these in the Old Town. It's definitely a modern-looking city overall, which I personally wouldn’t describe as particularly picturesque, but the atmosphere and friendly people are definitely what make Cologne special.

Cologne is a student city, and the Universität zu Köln is absolutely massive with over 44,000 students. As an Ersamus student, a lot of help is available from the university from the offices in charge of exchange students and from the CEMs club, who arrange some group activities or 'Welcome Weeks' during the semester. The courses are generally very large, and be prepared to print out all of your own lecture notes! I had the opportunity to attend a 4-week language course before the semester officially started in October, and I can't recommend this highly enough. The 'Sprachkurs' is from 2-5.30pm, and is a time when all Erasmus students from all subject areas are grouped together. It’s a great chance to get to know people of all nationalities in a relatively stress-free environment - plus with a 2pm start, it's also possible to enjoy some of the pubs and clubs Cologne has to offer.

As a student you have to pay about 150 Euros for your student card, and this allows you to ride all public transport for free for the semester. This goes for the whole of Nord-Rhein-Westfalen, meaning you can visit Düsseldorf, Aachen and other cities for free (something I didn't do which I wish I had - now I have to pay over 20€ to go to Düsseldorf and back!). You are also allowed to take someone with you on your pass for free on the trams and buses in Cologne after 7pm and on weekends. What's also great about Cologne are the train connections to Europe - you're only 3 hours from Paris, Amsterdam and Brussels, and in under five hours you can be in London, Munich or Berlin. The train companies always have offers on, if you are lucky you can pick up a return ticket to Paris for as little as €36.

There isn't really a 'best place' to live in Cologne, the whole city is very well connected with a public transport service that runs pretty much 24/7. However, great student areas are Sülz, Lindenthal and  Neustadt-Süd. There are halls of residence a bit further out of town, and although there's a little more travelling, there are always a lot of Erasmus students in the halls as well as a real community feeling, which also makes it easier to meet others and get to know people. At the start of the year, a lot of people complained about living over in the Efferen halls, but by the end of the year the parties in Efferen had achieved a kind of legendary status!

Germany has away been well-known for its beer drinking nation, and Cologne has its very own beer culture - namely 'Kölsch'. There are many different brands of Kölsch, and most of these brands have their own 'Brauhaus' in the Old Town. In these restaurants, the cuisine is very traditional, lots of sausage, meat cuts and sauerkraut, and the prices are a little higher than in other areas, as these restaurants are quite the tourist attraction. What's a lot more attractive for students is the Zülpicher Straße, the street leading down from the centre of town to the university. This street is literally one pub/restaurant after another, and is busy every night of the week. Most restaurants have ridiculously cheap student offers at lunch time, and great cocktail happy hours (most of the offers are from 8pm-1am). I definitely recommend Taco Loco (great Mexican, half price cocktails from 6-8pm), Engelbät (an amazing crepe restaurant), and Oma Kleinman (the biggest schnitzel you will ever see, seriously, it has to be seen to be believed!). There are a few typical student clubs on Zülpicher Straße such as Roonberg, Cent Club and Das Ding, which  play pop music and are filled with students. If you’re looking for something a little alternative, the best part of town to go to is Ehrenfeld. Ehrenfeld is a short tram ride away North-West from the centre of town, and has several clubs with music ranging from pop and electro (Die Werkstatt, Papierfabrik) to hard rock (Underground) and indie (Sensorclub). Also in Ehrenfeld is the Live Music Hall, a massive club that often has concerts and has a 'free beer' party every Friday which is a must-do. Twice a year the 'Ehrenfeld Hopping' twice a year, an organised 'competitive' pub crawl (every 6th pub you get a free drink) which is a lot of fun and a great way to see some of the bars around Cologne that aren't quite as studenty.

The Carnival in Cologne is a huge occasion. It starts on the 11th of November at 11.11am, which is when most Carnival-goers start partying. A costume is an absolute must (there are several shops around Cologne full of them)! Every single pub is absolutely ram-packed, and if the weather is dry the streets are too. During the day it's great to go to the South part of the City (Süd-Stadt, Chlodwigplatz) where there’s a lot to see and it’s less crowded than the city centre. In the evening the best place to be is the Zülpicher Straße, which is blocked off for cars and filled with people by about midday. In February, the clebratons last 5 days with different parties on each evening, finishing with a parade on Tuesday.

All together, Cologne is a really exciting city with plenty to do and a great, friendly atmosphere. While the university may seem daunting at first, it just takes a little getting used too due to the size, and there is always help available if you need it. Plus German students are always happy to have a native English speaker on the course! Everyone I know who came here under the Erasmus scheme only has positive things to say about the city, the people and the whole experience, and I think about 50% of my Erasmus year comes back every year for Carnival. I had such a good time, I decided to move and I now live here permanently!

How do I transfer my loan when I move abroad?

There's lots of different options out there to help with money issues.  It is possible for you to transfer your loan to an Italian bank account, you can usually do this if you have online banking and...

by Erica Lee
Living and working in Germany