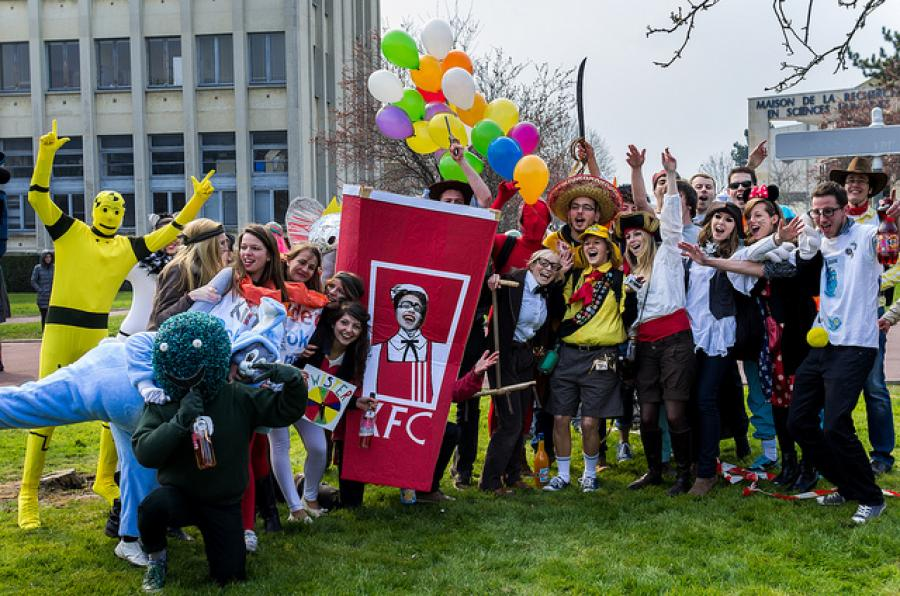 This article was written by Jennifer Avery, published on 5th July 2013 and has been read 8923 times.

Mole Diaries Normandy Caen
Jennifer is studying French at the University of Warwick, and is spending her year abroad in Caen in Normandy. Here is her insider guide to living in the city: the culture, nightlife, accommodation, travel, eating, and advice for non-Normans in Caen.

Caen is the biggest town you’re going to find in Normandy, and the one word I can use to describe it is amazing. There is a very welcoming atmosphere to the town, even though it is quite big, and people can really not do enough to help you wherever you are. After being absolutely devastated by Allied bombs in World War II, you’d think they’d hold a grudge, but not at all! In fact, the town was completely rebuilt…exactly as it used to be; so it is a veritable warren of tiny streets leading to one main central one. It is really easy to orientate yourself due to the massive number of churches, and church spires, so you can always head back to a point that you know.

Caen has a very lovely Château Ducal (below) that looks over the town (with a great hill for sunbathing on in the summer); some of the best views can be seen from the castle walls. Inside the castle there is the Musée des Beaux-Arts, the Musée de Normandie and a separate exhibition hall that changes exhibitions every few months or so. All of these are free entry if you ask for a ticket moins de 26 ans. Caen also hosts the biggest museum on the Second World War, Mémorial, which is well worth a visit and it is also within easy travelling distance of all the landing beaches, Arromanche and Omaha being the biggest. There is also ESAM (Ecole Supérieure des Arts Modernes) which hosts art exhibitions that usually involve free wine and food to all involved (including if you just go to look!). 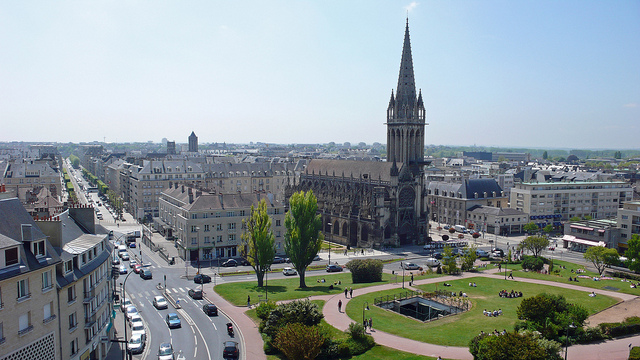 Where to start? Normandy has a little love affair with strong alcohol, and especially mixing said strong alcohol. The “traditional” drink of every student/young person/old person/person is Embuscade, the name literally translating as ‘ambush’…and an ambush indeed it is! One half beer, one half white wine, a shot of Calvados and finished off with sirop de cassis to make it taste like apple and blackcurrant juice, this drink has made many a night unforgettable! The main bar street, Rue de la Soif (or Drunk Street, or by its true name of Rue Ecuyère) has so many bars that many a Bara’thon has started at one end and finished at the other due to lack of time being able to go anywhere else!

There are quite a few nightclubs in Caen, Le What’s being the biggest and Le Depot being the best for music. I also have to mention Le Cargo, think concert venue, nightclub and bar rolled into one…with free concerts (and food!) every Tuesday. Nights out are not too expensive at all, especially when you choose your night wisely or go with a University Society which will have already sorted out drinks and entry deals. Talking about societies, you are lucky enough to have one of the biggest and most active Erasmus society out of anywhere else I know, that organise Language Cafés, nights out, day trips out, Bara’thons, Apparta’thons (like a bar crawl but with food and drink set in different apartment - see photo below) and really push you right into French life. Unlike other Erasmus societies, the majority of members are actually French, so you get a ready-made French friend group. 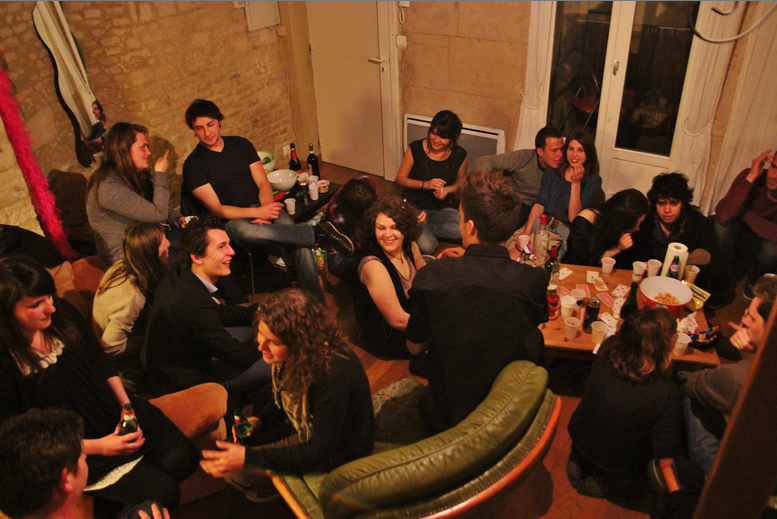 I don’t think I can leave this section without talking about the Carnaval étudiant de Caen, the biggest student festival in France, right on your doorstep in Caen. Think street parades, fancy dress, floats, music and a generally amazing day and evening. Well, you get the gist! Here are some photos:

I would more than recommend finding a Colocation in the centre of town with French people. And trust me; there are a lot of them around. Loads of people look for new housemates in the months of June and July when old Erasmus students are heading back home. If you don’t find one, no worries, there are a few foyers on the outskirts of town (a ten minute tram ride in), there are the Croas Suaps (university buildings), and Les Estudines (a fully furnished apartment complex a ten minute walk from the centre-ville).

Caen is quite central for travel, with direct lines to loads of different places, including a direct train to Paris which takes 2 hours. No TGV as yet, but one is in the pipeline for the next ten years. The town itself is serviced by loads of buses, and two tramlines. Unfortunately the trams are not always reliable, as the centre of town is in between two hills so as soon as there is frost the things don’t run!

There are loads of lovely places to eat in Caen, but my absolute favourite would have to be ‘Dolly’s’, an English-themed restaurant ran by…wait for it…English people. It is the most popular restaurant in Caen, serving those home comforts that you just can’t find anywhere else – think cheddar cheese, baked beans, fish and chips with tartar sauce, scones with jam and cream, Pimms and you get the idea! If you’re a fan of crepes there are two lovely restaurants, the Galleterie on Place Saint-Sauveur or La Ficelle opposite La Resistance. There are also loads of lovely chocolate shops and cafes (that turn into bars as the evening draws in) that are more than worth a visit.

Code for Ordering Coffee in Normandy

Advice for non-Normans (who don’t want to stand out)

Mont Saint-Michel is Norman, not Breton The animals on the Norman flag are not lions, but leopards – they get rather touchy about that! Be able to groan orgasmically at the sight of Camembert (they are very proud of it) Calvados can be taken as a shot…make sure you can do it, perhaps practise in private, before deciding to do it in public with other Normans “Bahhhh” will be said before each sentence, as well as random “quoi”s at the end Your English accent will be mocked, but only in a very nice way…pick on the Spaniard’s accents instead to make yourself less conspicuous (Spaniards cannot say “J”s, a massive disability when most sentences begin with “Je…”)