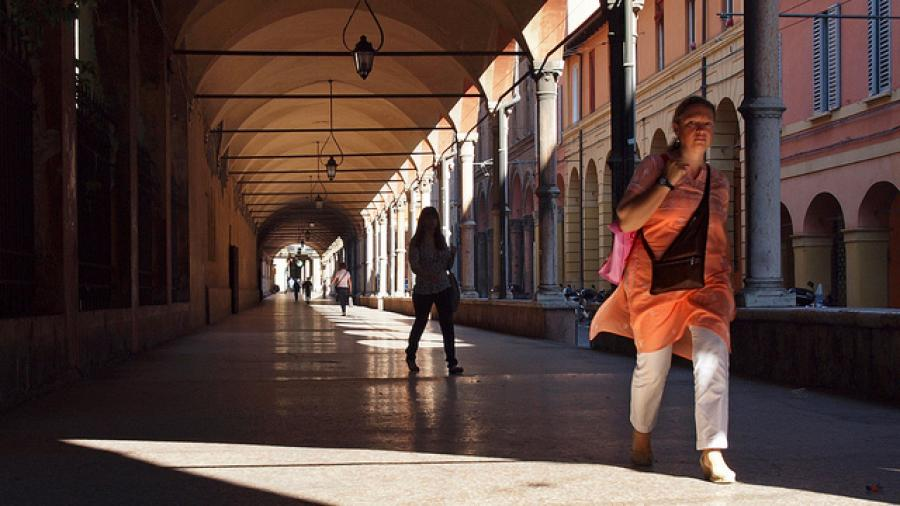 This article was written by Catherine Edwards, published on 21st November 2013 and has been read 5526 times.

Bologna Mole Diaries Internships Oxford Uni
Catherine is studying German and Italian at Oxford University and is spending her year abroad doing internships in the German Institute in Bologna, Italy, at a newspaper in Rome and at AKQA, a digital advertising agency in Berlin. Here is her insider guide to settling into Bologna and making the most of your time as a student there...

Bologna's size is perfect for feeling at home straight away and not getting overwhelmed, but it still has everything you need for the year in terms of shops, clubs, and museums, not to mention Europe's oldest university. I can't imagine a better destination for Erasmus students or interns, and as it isn't one of Italy's usual tourist spots, it's a good place to experience 'real' Italian life. It also helps that it's known as the country's food capital.

I stayed with an Italian family, but going by my friends' experiences, if you're looking for your own place you should get there early. Going out to Bologna to look round a few months or weeks before term starts means you'll get a much wider choice before the rest of the students descend upon the city. There's a huge demand for rooms and this also means there are a lot of scams going around, so you should visit the apartment yourself before agreeing to anything, and definitely before parting with any money.

The most popular websites are easystanza.it and kijiji.it, but there are also estate agents geared towards students (the main one is called Bussola), and the noticeboards around Via Zamboni are covered with adverts for rooms at the start of term.

You should expect to pay around €250-350 for a bed in a shared room (posto letto), or €350-450 for a single room. It's important to check which bills are included in this figure; in Italy as well as the affitto (rent) there is also the condominio (building fee) and utenze (utilities – gas, water, heating etc, sometimes some of these are included in the condominio) which soon add up if not included. It may be nerve-wracking ringing people up in Italian but the more people you can contact the better! 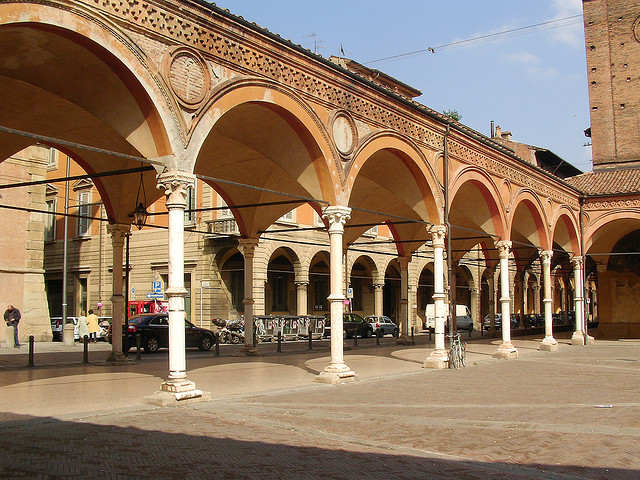 Living 'dentro le mura' is best if you can, as this means everything you need is within walking distance. However, if you do end up outside of the centre, have a longer journey to make or just feel like giving your feet a day off, Bologna's buses work extremely well by Italian standards and run frequently until around 1am. It's cheaper to buy tickets in advance from a tabaccheria than on the bus, and you need to stamp them yourself at the start of the journey.

Bologna also boasts one of Italy's largest train stations, perfect for those days when you fancy a change of scenery. Ravenna, Ferrara, Padua, Florence and Venice among many others are all doable for a day trip.

One of the best things about Bologna is that, because it's not a major tourist destination, food is aimed at the Italian residents, which means it's almost all authentically local, very tasty and at a fair price. The main thing is to avoid the cafes around the main square, Piazza Maggiore, which are very expensive.

You're never going to go far wrong in the birthplace of spag bol and lasagne, but two especially good spots for food are Via del Pratello, a studenty street filled with good value bars and restaurants, or Via Piella closer to the centre. For post-night out nibbles, Gingio and PizzAlto on Ugo Bassi do cheap but tasty slices of takeaway pizza, whilst BomboCrep will satisfy the sweetest of tooths.

There are gelaterie everywhere too, but the two most famous are the yummy Cremeria Castiglione on Via Castiglione, and Funivia in Piazza Cavour. Gelato is made fresh based on what ingredients are in season, so expect the flavours to change from day to day. If you're really keen, the Carpigiani Gelato Museum has recently opened – it's about a 40 minute bus journey from town, but the ice cream there (very generous samples are included in all of the tours - ideal!) is the best I've tasted. 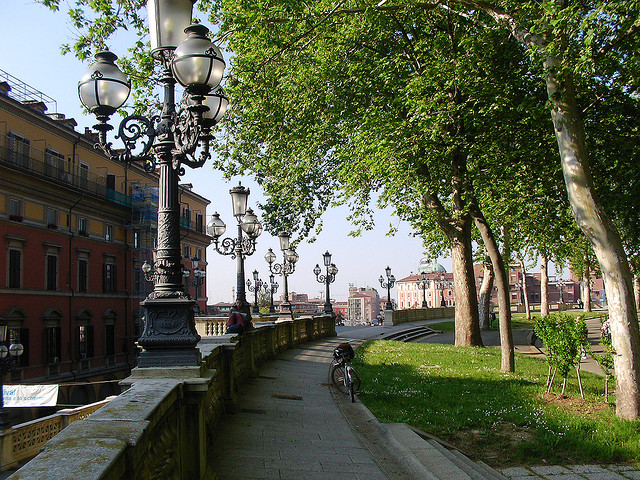 The Italians do nightlife differently to the English, and bars seem to be more popular than noisy clubs. Packed-out bars and Irish pubs line the student district of Via Zamboni. Being a student city, there are plenty of clubs too, although be prepared for a very restricted playlist – ie nothing released post-2003. Corto Maltese and Kinki are two of the most popular student clubs, while coffee shop La Scuderia in Piazza Verdi doubles up as a nightclub at weekends.

Apperitivo is a staple in Italy. You buy a drink (get a spritz with Campari or Aperol for bonus Italian points) and that gives you access to a free buffet for the rest of the evening! The trick is to find an apperitivo spot which will fill you up so much you don't need to have dinner. Caffe Zamboni and Lab Sedici on Via Zamboni are student favourites with a huge buffet selection which is replenished through the evening, whilst Boavista offers an amazing selection of fancy cocktails and a great buffet at only a slightly higher price. Osteria del Sole is the city's oldest bar, with cheap drinks (a glass of wine from €2!) – there's no food, but you can bring your own.

Things to do once you get there

1. Sign up to the two Erasmus groups, Eseg and ESN.

They organise trips to nearby cities, clubnights with drinks deals, and loads of other events ranging from bartending courses to five-a-side football.

2. Join the Language Tandem in Bologna group (search for it on Facebook).

The idea is that you meet up with someone who speaks the language you want to learn, and chat in each other's languages over a coffee or whatever. It sounds painfully awkward but I ended up making some really good friends through the group, and not only is it brilliant for your Italian, but as locals they tend to know all the hidden gems of the city – win win!

3. Check out the markets.

Bologna has a huge range of markets selling everything from locally produced food to antiques and clothes.

This is the biggest green space in Bologna, just outside the city walls, and is the perfect place to go running, study or just relax. During the summer months, the chalet is transformed into a club.

5. Walk up to the Sanctuary of Madonna San Luca.

You'll have to ascend the world's longest portico, which is about a 4km walk, but the views at the top are sort of worth it.

Check out Catherine's blog for the latest about what she's up to on her year abroad.

Sorting your life out: The Top 10 Documents to take to France

Interning in France - my experience and advice