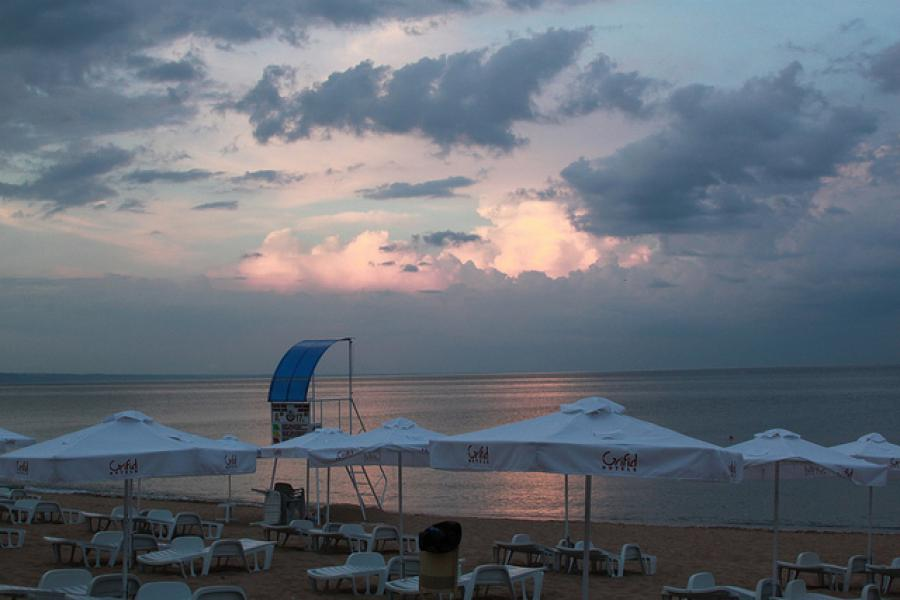 This article was written by Isabelle Stokes, published on 1st September 2014 and has been read 8927 times.

Work Abroad Mole Diaries Bulgaria
Isabelle Stokes is a writer who recently swapped the London smog for the laid-back shores of Bulgaria. She has been blogging about her experiences, but here she gives us her top tips for getting to grips with this frequently misunderstood country.

It’s no secret that Bulgaria isn’t on everyone’s bucket list. Last time I checked it wasn’t up there with the top places to visit before you die. Some say the country is riddled with poverty and corruption. Pot holes and dirt. Prostitution and mafia. Thunderstorms and freak weather. Stray dogs and wild boar. However, wait: if you look a little closer, blow the dirt off the cover, step over the pot hole and wave at the prostitute on the corner you’ll find some of the most beautiful places with the friendliest people tucked away.

I’m on the edge of Zlatni Pyasatsi - Golden Sands to you and I - located on the northern Black Sea coast. Thirty minutes from Varna. Up on a hill; away from the hustle and bustle below. Where the sun rises from the sea and sets on the forest behind. Surrounded by little villages and the odd horse and cart.

It is notably different from London, home. I soon discovered when I arrived here I had to adjust my feet, the pace and the power of my stomp. Everything is much slower here. Much, much, slower. My self-taught march through London Town tube stations had to be left behind, immediately. 'Fast' just doesn’t happen here. Things will happen when, well, the bus driver turns up, the tea break is over, and when the cigarette is burnt right down to the butt. Food will arrive at any time. You might even get your dessert before your starter, but hey, it’s Bulgaria. Laid back. Horizontal, completely and utterly.

I'm three months down and although I have a lot more to see and do, I’ve stumbled upon some beautiful places (with a little help from my friends, the Queen of Rogachevo and a few locals, who have shared some of their secret spots with me).

1. ‘The Galatea Restaurant’ (now referred to as ‘The fallen restaurant’) on the edge of the village of Galata.

The popular restaurant once sat up high on the edge of the cliff with spectacular views over the sea port. However, it was hit by a severe landslide which caused parts of the sandstone cliff face to crumble away, and a large portion of the building fell into the sea. The concrete patio snapped in half, sending tables and chairs crashing down to the water below. And so it has been left, hanging off the edge of the cliff and that is how it has remained. You are able to stand right on the edge and watch the sun set on your left, with nothing but sea as far as the eye can see on your right. 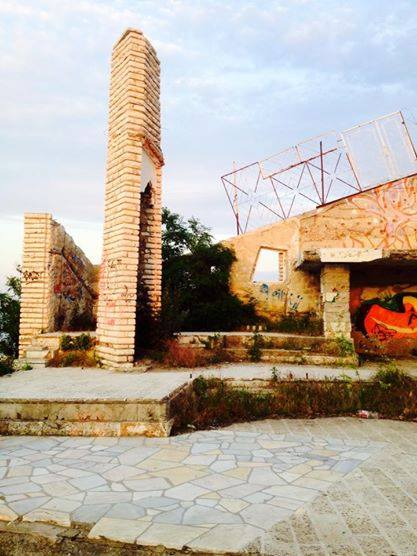 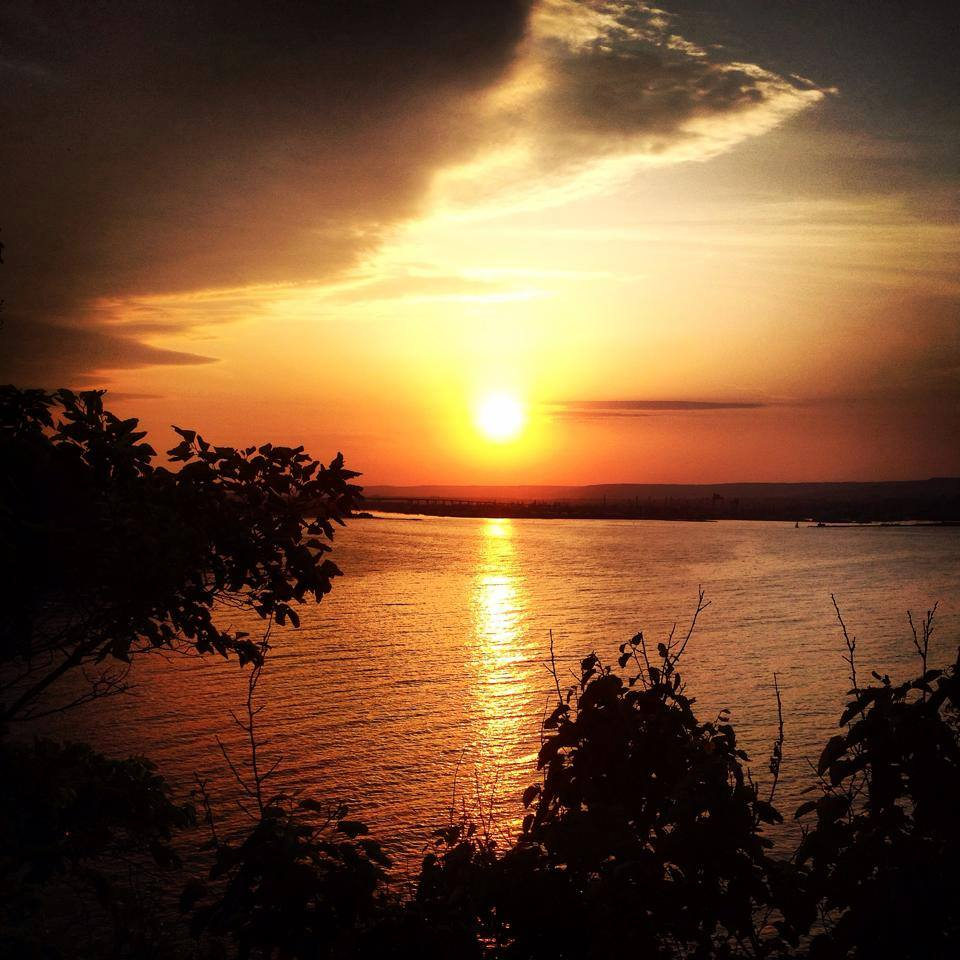 2. Love Locks by the Sea Garden

Further along the cliff, heading towards the famous Asparuhov Bridge, is love lock paradise and worth a visit. Overlooking The Sea Garden with the black sea between, young Bulgarian lovers come here and padlock their forever love onto the railings. 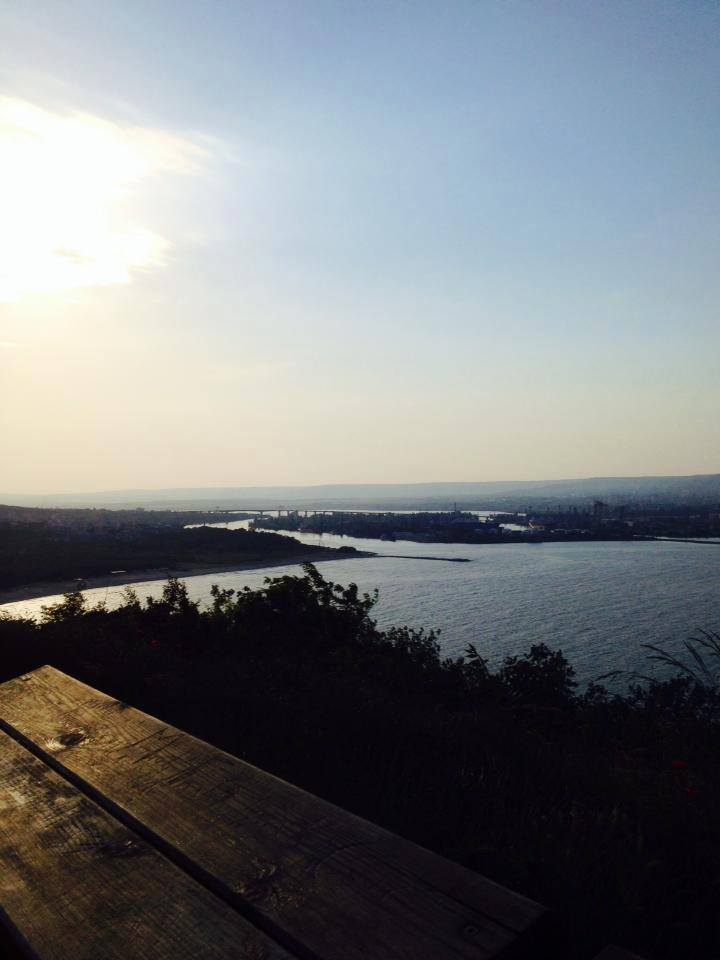 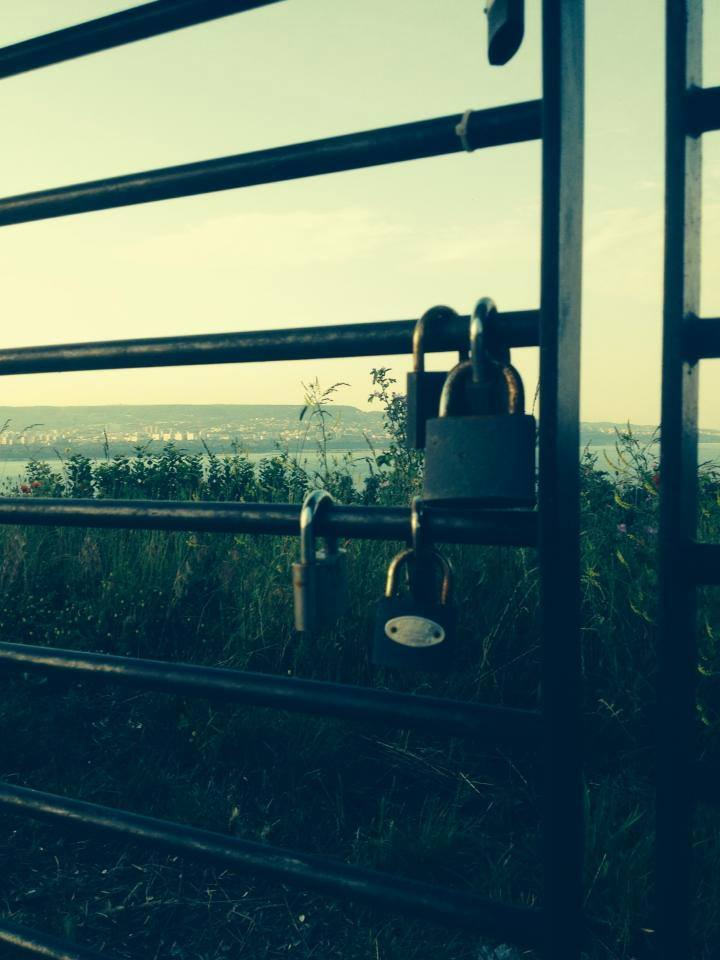 My next stop was easier to find and visible from the coast road. The Varna Liberation Monument, a Soviet-era memorial. The Bulgarians wanted it taken down in the early 90s but soon discovered it would be too expensive. So, just like a lot of things I’ve discovered here, it was left. Forgotten and crumbling. However, you can climb through it at your own risk and take a walk right to the top. 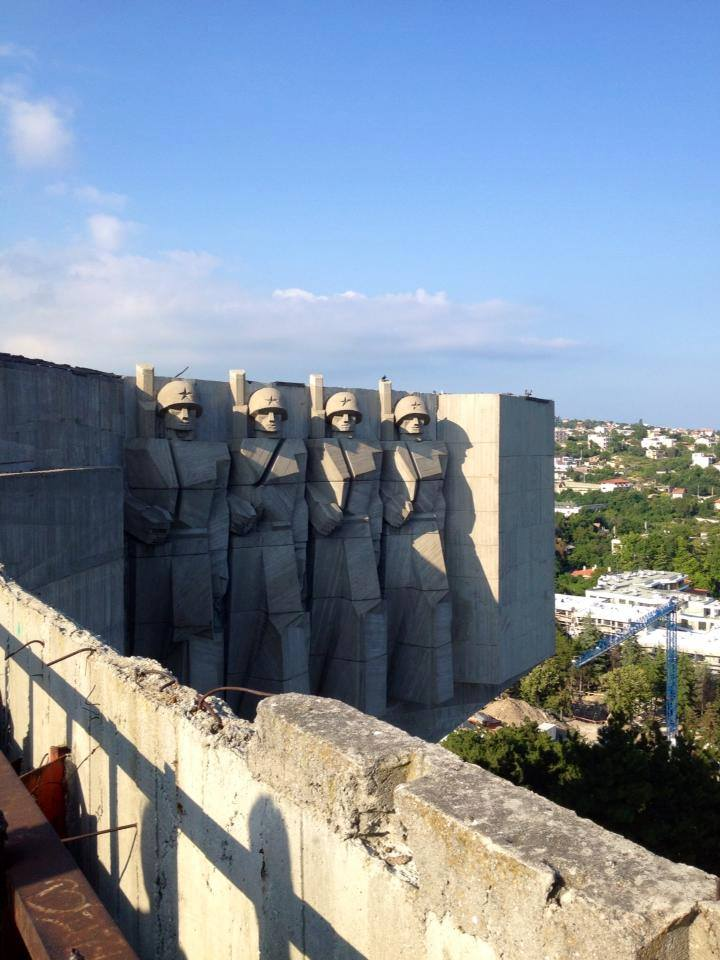 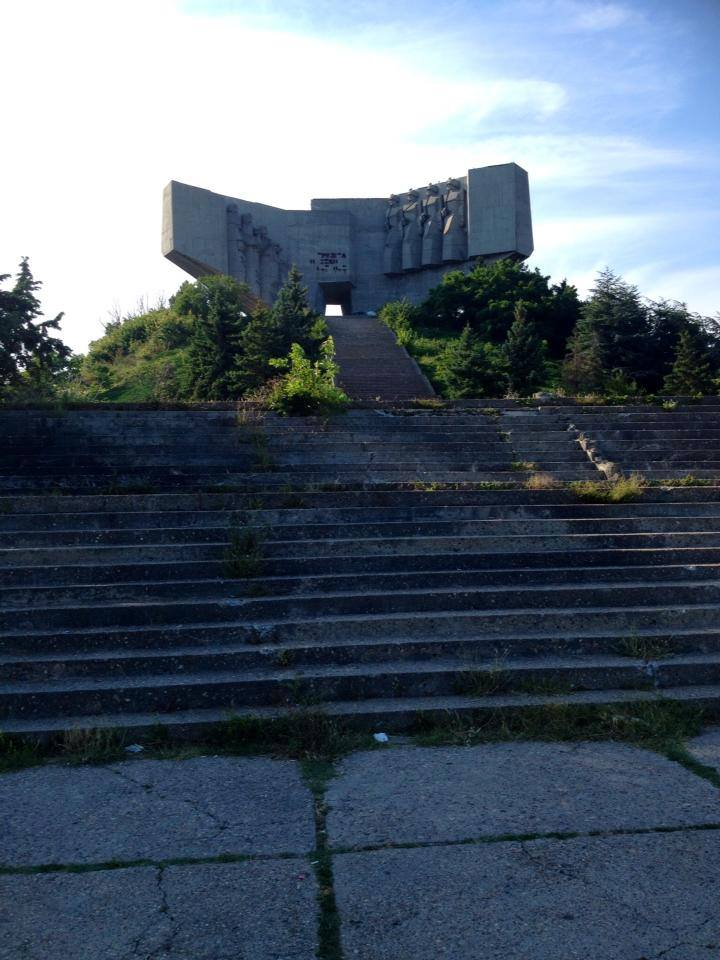 My next worst kept secret is Kamchia. Edge of the world. Sort of. Where the black sea meets the Kamchia River. Situated 30 km south of Varna. A little boat takes you up and down the river and then finally to the edge, all for 10 Lev. The beach is clear of sunbeds, parasols and people. 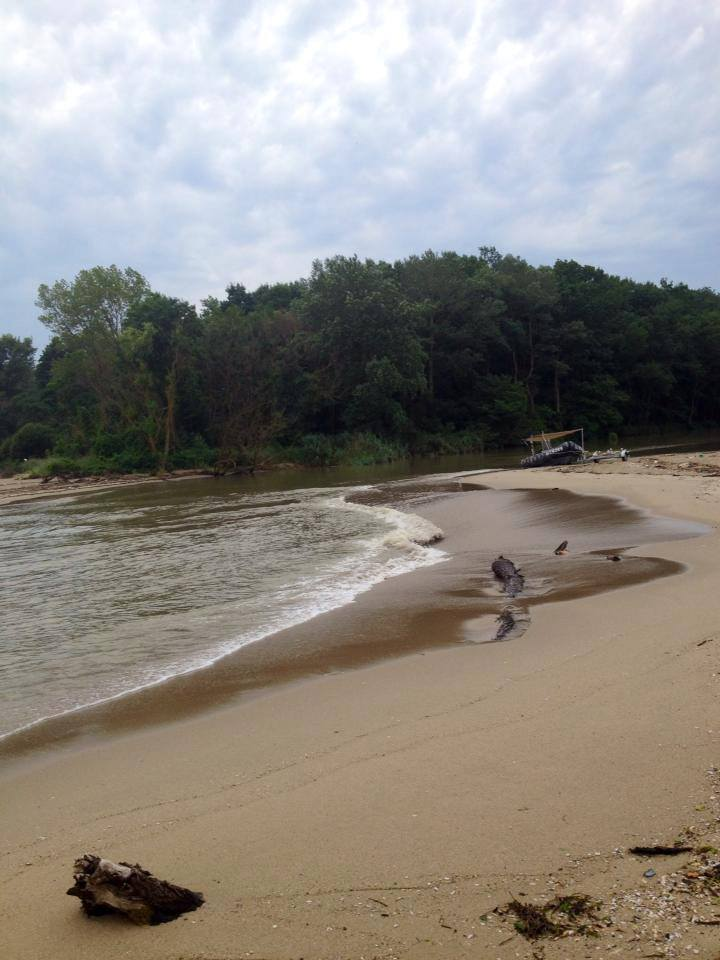 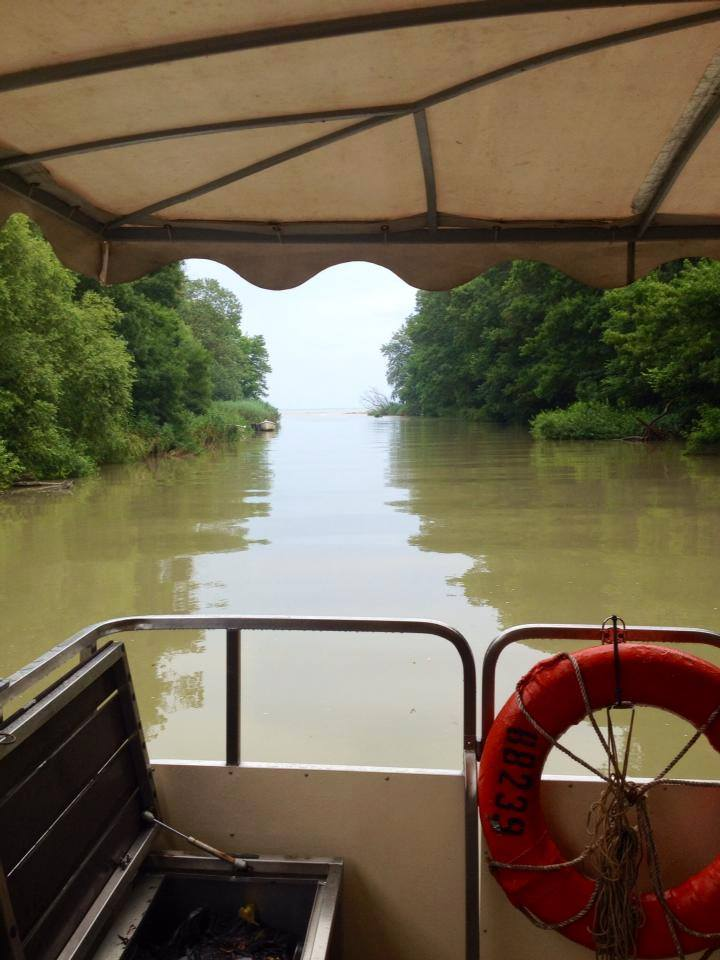 Finally my favourite secret of all. Balchik. Colonised by the Ionian ancient Greeks, it became part of the Kingdom of Romania after the Second Balkan war. Home to Balchik Palace, a favourite of one of Queen Victoria’s grandchildren, Queen Marie of Romania. The town is the site of Marie's Oriental villa, the place where her heart was kept, in accordance with her last wishes. Although it has since been taken back to Romania. Balchik has small beaches, clear water and small fishing boats lining the marina. It is truly beautiful. I can see why Queen Marie would want to leave her heart behind. 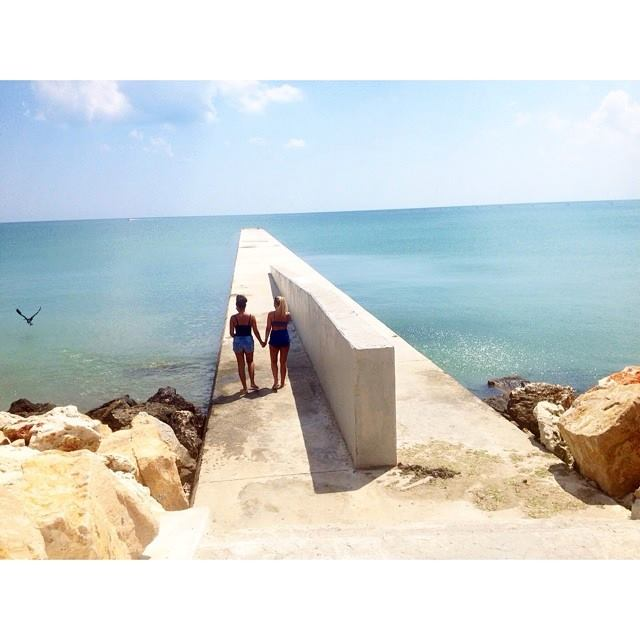 I have found Wizz Air to be the cheapest airline with direct flights from the UK.

Bulgaria has very hot summers and very cold winters. The thunderstorms can get quite bad here during the summer but never last too long.

I’ve been here now for three months and five days. With two suitcases and £200 to my name. You’d be surprised how far 480 Bulgarian Lev can stretch here.  It’s still very cheap. The beach resorts close by are obviously more expensive and it changes from place to place but in comparison to London’s forever rising prices, you can survive on very little. So, after searching and discovering the right places, my £200 stretched relatively far in my first month here. There are also lots of ATM’s scattered around that are just boxes in the middle of the pavement, I suggest using only the ATM’s at the banks. And also be wary of Old Bulgarian money given to you in change.

Forget cabs here. They will rip you off. Unless you can haggle and haggle well, or are fluent in Bulgarian. If none of the above, bus it. The buses are easy, straight forward and although they lack fresh air, they will get you from A to B and are very cheap. Buses from Zlatni to and from Varna are three Lev and there is a direct bus route from the airport at the same price. Bus hopping in the centre of Varna will only cost you one Lev. They do finish quite early (around 10.30pm), so be careful not to get stranded. Oh and the buses also have rules; no eating, and talking on mobiles is prohibited!

The nightlife is buzzing 24/7 in the summer. Lots of outdoor bars, beach parties, nightclubs and there is always a happy hour at any time of the day to be found.

1. The meat, fruit and vegetables here are fresh and taste completely different to home. Worth trying it all even if you don’t like the taste at home.

2. Please and thank you isn’t really used in Bulgarian. Locals do laugh at you when used as it’s all about the tone of voice instead. (However I do still use them.)

3. The nodding and shaking of the head for yes and no is reverse here. (Hard to get your head around it.)

4. Keep your belongings with you, just like anywhere else.

6. Illegal cabs drive past bus stops and pick up locals/tourist for a cheaper price. Between 3 to 5 Lev. They are usually harmless but they do pile as many people in the car and drive round the back roads so the police won’t catch them. (That was an experience.)

7. Enjoy yourself and don’t worry about the little things. Many things have gone wrong while I’ve been here and I’ve had to learn that that’s the way it is and embrace the ethos. As the Bulgarian’s say ‘Mozhe bi utre’… Maybe tomorrow. With a shrug. Don’t forget the Bulgarian shrug.

So, there you are, my secrets are out. From my newfound friends passed on to me, now on to you. Don’t get me wrong, I’m still hopping pot holes but travelling alone here has given me a new lease of life. It has shown me something brand new, completely different and in a place nobody expected. Coming from a city that demands so much of you, to an Eastern European country where a little goes a long way. From the money to the language, to the people. Speak a little bit of Bulgarian and you’ll receive a big, local, sunkissed smile. It has been far from easy but blowing the dirt off this cover has been worth every second.