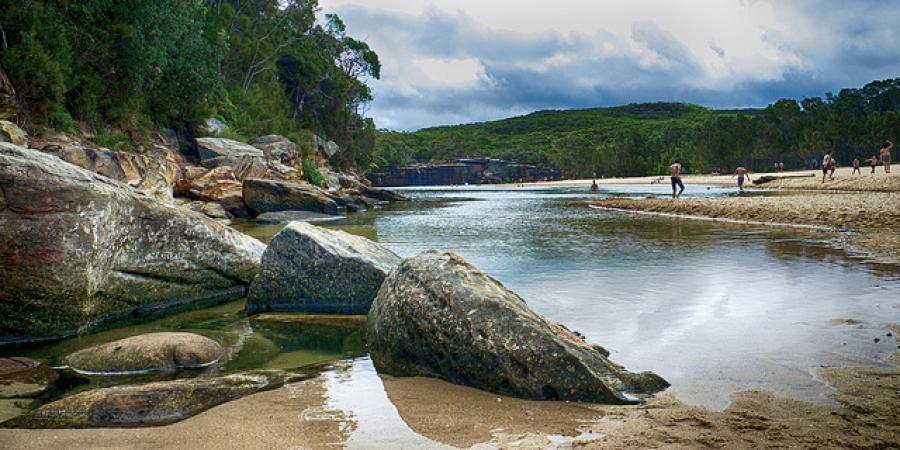 This article was written by Shannah Gates, published on 27th January 2015 and has been read 3883 times.

My name is Shannah Gates and I am a Biology student currently doing my third year abroad in Australia in a place called Wollongong, which, if you don’t know, is an hour and a half south of Sydney. I am currently six months through my stay and have another six months to go so I thought I would share my experiences and offer some advice to students thinking of coming to Australia!

Wollongong is a lovely, small beach side city. I’m not an awfully big city girl and so love Wollongong. It’s small enough to not be as overwhelming and built up as Sydney but big enough to have everything you need. It’s also only 1 hour 20 minutes on the train to get to Sydney.

Wollongong itself doesn’t have an awful lot to do, but its not a problem at all, you have the beach next door and Sydney a train ride away for all the sights and gigs and events. It's also not too far from Sydney airport so it is very easy to catch a place and travel somewhere.

The city has free buses so getting around is very easy. Trains are also a lot cheaper than home; for example you can get to Sydney and back for $8.20.

It does get cold! I arrived in July (the middle of the Australian winter) and I had not packed any winter jumpers or coats and so had to buy lots of blankets and jumpers when I arrived. It wasn’t cold cold like the UK but got down to about 8oC and most houses don’t have heating, so it’s cold inside.

TOP TIP: 24/7 supermarkets and shops don't exist in Australia! The only 24/7 shop is Kmart which is kind of like a big Wilkinsons - it sells lots of random things, I have no idea why that shop is open 24/7!

1. Go to the beach!
The beach is lovely and they often hold sporting events there which you can watch.

3. Travel over the summer!
Australian summer holidays start at the end of November and last until the beginning of March, so you have ages to explore the whole of Australia.

TOP TIP: Ask for help! Everyone is very friendly and laid back in Australia. If you are lost or need help just ask someone and they are more than happy to help. I even had shop assistants telling me where would be cheaper than their shop to go buy things.

1. It's expensive!
Wollongong is one of the cheapest cities in Australia to live in, but it is still expensive compared to the UK. Especially alcohol!

2. Take the party bus!
The University of Wollongong does a free party bus from the uni accommodation to the clubs and back on student nights and it is so much fun. There's music and songs - it’s the best.

3. Don't look too drunk!
Although Aussies are known for their drinking, clubs and bars are very strict! If you look at all drunk they will not let you in and once you are in if you look drunk they will kick you out, even if you aren’t causing any problems.

For my first semester, I was living in student accommodation which was amazing. Everyone was so friendly and I met so many great people. I was worried when I arrived because I heard that most Australians go to the university where they live and don’t move into halls and so it would be mostly internationals in the accommodation. But it is probably only 40% international students and the rest are Australian. Unlike UK university accommodation, the residents aren’t just all first years, it is a complete mixture - which I feel makes it a lot more fun!

I decided to travel around Australia and New Zealand over the summer and so left my stuff at a friend's and went travelling. After having an amazing time, I am now back in Wollongong and living on my friend's floor until I go back to university halls next month.