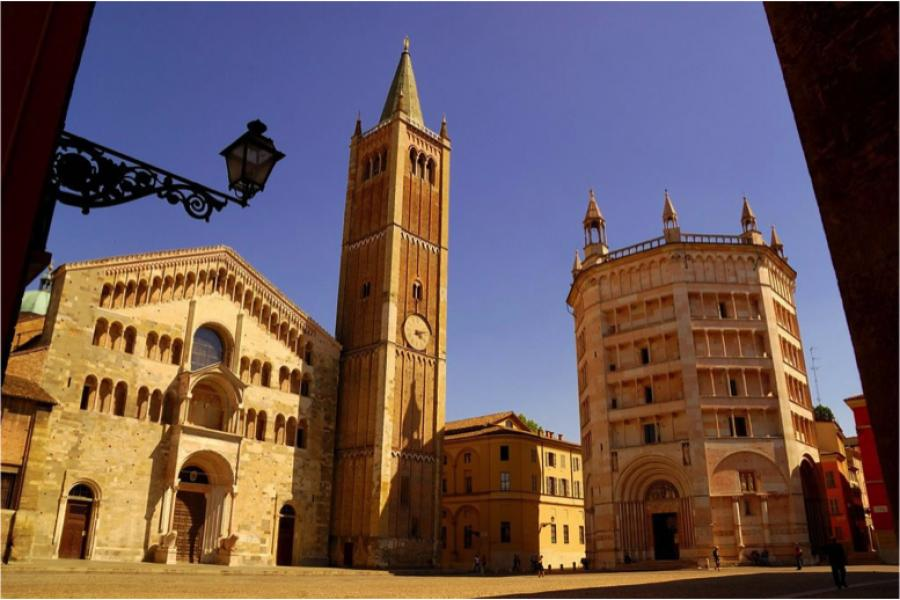 This article was written by Peter Brown, published on 13th April 2015 and has been read 5385 times.

Peter is studying Italian and Linguistics at Nottingham Trent University and is spending his year abroad working as a Language Assistant in an Istituto Tecnico in Parma, Emilia-Romagna. This is his guide to the small Italian city.

Parma is a small city in Emilia-Romagna, half-way between the two great cities of Milan and Bologna. It is famous worldwide for its food, most notably Parmesan cheese (Parmigiano) and its cured ham (Prosciutto crudo) and less so for its music and architecture.

Parma has its own airport; however it is incredibly small and only has five destinations. One of these is London Stansted, making it accessible from the South of England. You can also fly to Bologna from most major UK airports, and then take a train directly to Parma costing only about €7 and taking around 50 minutes. Flights to Parma are run by Ryanair so they are definitely worth checking out for cheap deals.

I would recommend getting to Parma before the end of September as around this period accommodation starts to become scarce. InformaGiovani was an absolute godsend for me when I first arrived in Parma and can be found on Strada Melloni just between Pilotta and via Cavour. It is basically an accommodation service that helps students and young people find places to live. It is a fairly big office with multiple noticeboards full of small business cards offering accommodation or looking for roommates.

Even with this great resource and sites like easystanza or kijiji.it, I still had immense difficulty finding somewhere to live as 99% of all places prefer female occupants, so if you are male please be aware of this and give yourself extra time.

In terms of area, I live just off via d’Azeglio, which is near the Facoltà di Economia and is home to the majority of the students that come from the South. Here, in my opinion, is the best place to live as you are still close to the centro storico but can find accommodation at much cheaper prices (€300 a month max).

Because Parma is so small everywhere is accessible by foot, however many locals own a bike as the city is so flat. Buses are available and are relatively cheap but there is rarely a need to use them (except for the airport or a ‘Big shop’ at Esselunga). Trains here are incredible - I don’t even care that sometimes they might be 30 minutes late for no reason; they are so cheap and so regular that it makes travelling here in Italy really easy. It also helps living only 50 mins from Bologna as it is the hub of all the train networks for the whole country.

Despite Parma being quite sleepy for a city, it is inhabited by 32,000 university students over 18 different departments and these students give the city some much needed life and vibrancy. Via d’Azeglio and via Farini are where you are most likely to find the students anytime during the day or in the evening. Via Farini is definitely more ‘go-ey out’ and people are dressed more smartly and elegantly – however, you simply can’t beat the prices in via d’Azeglio, although both have their own distinctive characters. There are four main Discotecas in Parma which are all on the outskirts, MU every Thursday for the University students, MUG every Friday and Saturday, Dadaumpa every Wednesday (again mostly students) and Fuori Orario (Friday and Saturday) which is mainly for the locals, based in a beautiful old converted train station, but is very inconsistent on the quality of the night-out - you definitely have to pay close attention to the event taking place.

Apperitivo – Obviously you are in Italy and it is simply unmissable; a drink and as much food as you can eat from €5-€6. Sorelle Picchi, Hub and Dolce Vita are some of the best I have tried.

Gelato – You are in the home of ice cream and to taste it at its very best go to Emilia in via Farini for two scoops of the best for only €2.20.

Parco Ducale – A wonderfully peaceful place right in the heart of the city, where you can go for a stroll or even a run in the evening. It was built in the late 16th Century for the Duke of Parma and it is still impressive today - also keep an eye out for the turtles in the lake!

Walters – a perfect place to grab an Italian take on a burger when you are sick of constantly having pasta every day for lunch! Found just off via Farini on Borgo Palmia.

If you have an iPhone remember to bring a paperclip to get in to the SIM card tray if you need to change it. Bring warm clothes as in winter Parma gets really cold, colder than the UK, as it is near to the Apennines and all the cold air comes straight down to Parma. I’ve experienced a night of -10oC and it’s not fun! 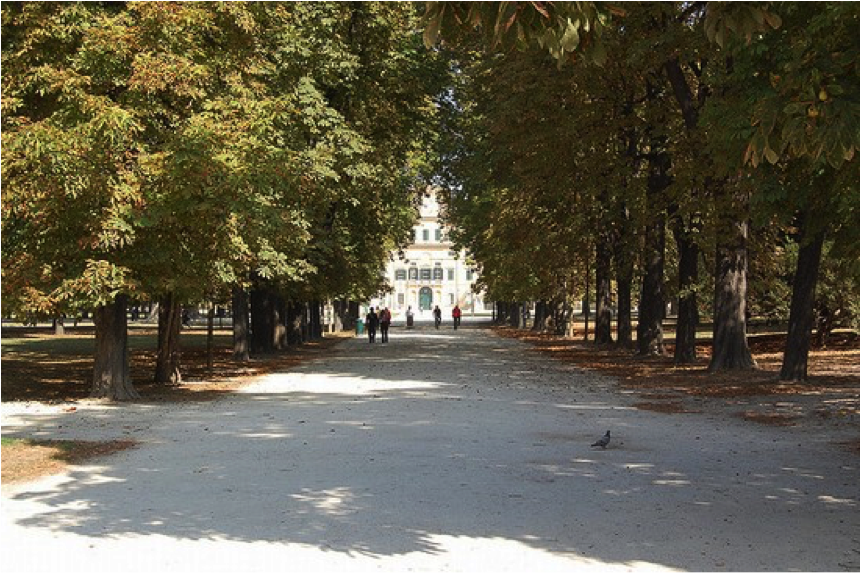