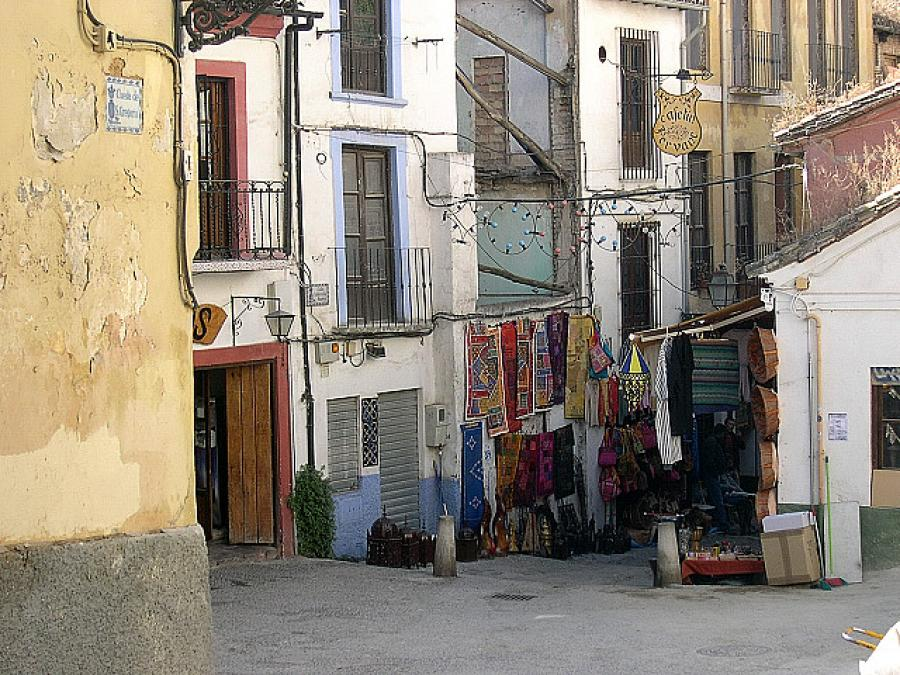 This article was written by Ailish McVeigh, published on 19th August 2014 and has been read 5544 times.

So you've been accepted into Universidad de Granada, the university with the most Erasmus students in the whole of Europe. Although this may sound daunting, the city is small enough to walk around easily, and you're less than an hour from the beaches of the Costa Tropical in one direction, and the ski slopes of the Sierra Nevada in the other.

This is a very mixed bag, as the Erasmus population is so big, it is very easy to live here and get away with speaking the minimum amount of Spanish. However, the locals will speak to you in Spanish almost the whole time, and living with Spanish people is obviously the best way to make sure you keep up your practice. The accent is very strong and can be hard to understand at the beginning, but by the end you'll be dropping your 's's like the best of them.

There's only really one major decision to make in terms of accommodation in Granada. Do you live up by the Cartuja campus to make your journey to uni a 5 minute walk (albeit up an Everest-style hill)? Or do you choose to live in the city centre, surrounded by enough tapas bars to last a year and have a 10-15 minute bus ride (70 cents per journey) all the way up the hill?

Personally, I would recommend living right in the city centre.

It's so much easier in terms of amenities and still incredibly cheap (I paid €270 a month with all bills/wifi included and that was deemed expensive by the majority of my friends whose own rents were around the €200 mark.) Find out before you go which department you'll be in, as this may affect where you want to live, although the whole city centre is easily walkable with no journey taking more than half an hour. The area with the most students tends to be around Camino de Ronda at the bottom of the city, but some people do live further out in the suburbs and even in the Albacin.

I'd recommend waiting until you arrive to find a flat as, having so many students, there are plenty of flats advertised in the street. Don't be afraid to call up the number and ask - it's the norm in Spain!

With such a big student population coming and going throughout the year, moving flats is also fairly common. I moved after only two months, but the semester changeover in February is when the most flats become available so if you can wait that long, that's the best time to go.

You are expected to make up your own timetable, and ensure yourself that there are no clashes. In the first semester, I wasn't able to enrol until six weeks after term had started, resulting in me losing a place in half the classes I wanted. We were a lot wiser by the time second semester enrolment came around, so make sure you make an enrolment appointment as soon as you can.

Classes are generally quite big and will be mostly Spanish students, with a few Erasmus students in each.

It all depends on your home uni requirements but, if possible, I would say do first or second year classes, as these will be hard enough.

The only way you can study Spanish as a foreigner is to do it through their sister school, Centro de Lenguas Modernas, for which you do an admissions test and are placed in a class allocated by ability. Levels 1-5 are around €130 whereas Level 6-9 are €350. Despite the high price, a good pass is almost guaranteed by this course, so it's good if you need to get your credits up.

Exams are hard and don't be disheartened if you end up with a low score; a lot of Spanish students don't get higher than 5 (out of 10) and some classes are negatively marked, so you could end up with a worse mark than if you just hadn't gone to the exam in the first place.

Although Granada can get incredibly cold in December/January, even for the majority of these months it was still around 15 degrees during the day.

Once it gets to May, 30 degrees and over is the norm and by the time I left in July some days were reaching 37!

However, even with these temperatures Granadinos will still walk around in jeans and fleeces into June (when it becomes quite obvious who the foreigners are in the shorts and t-shirts). It very rarely rains, which is good as the city centre has tiled pavements which become incredibly slippy with any bit of moisture.

Granada is incredibly well connected to the rest of Spain, but on arrival from the UK you will have to fly to Malaga airport, which is just over an hour and a half away by bus.

The most common way to travel around Spain is by coach and is relatively cheap. A return to Madrid costs just over €30 and takes 5 hours each way.

Andalucía is a great region to explore, with lots of beaches (the closest being Salobrena, 45 minutes away), big cities in Seville and Cordoba and of course the Sierra Nevada, meaning your Year Abroad in Granada is the perfect time to learn to ski.

Getting to other countries is pretty cheap and easy too, with Gibraltar, Portugal and Morocco being high on the to-do list of all students.

The main attraction in Granada is the Alhambra palace, perched on a hilltop overlooking the city, a must-visit to all who come here.

Granada is a great city to live in as this is the main tourist attraction, leaving the many miradors, tapas bars and plazas free of touristy gimmicks, so that you live in a really Spanish city.

The area towards the bottom of the city is very studenty, with lots of bars and clubs, whereas the Albacin and Sacramento still have a lot of the Gitano community living in the narrow, winding streets, making it a great place to go exploring.

Granada is the only city left in Spain where free tapas is a given! Pay €2 for a tinto de verano and get a whole plate of food with it, for free. Some places are better than others, but generally you can eat out for as little as €4.

Granada also boasts a Science Museum, a football team in the top Spanish League and an outdoor Olympic-sized University pool, along with one of the few bullrings still in operation in Spain (something which I highly recommend you visit, in order to experience a really significant part of Spanish culture).

All in all, I found Granada to be an incredibly safe city, and felt very comfortable walking around at night. Of course in the clubs there are instances of pick-pocketing, but this is true of anywhere.

The city centre can be very noisy at night, with Spanish students chanting whilst walking the whole length of Camino de Ronda to go to Botellon, which happens at least three times a week in summer. The bin men also come at around 2am every single day, so invest in some earplugs if you are a light sleeper!

My only piece of safety advice is directed at girls. Spanish men will stare at you, shout "¡Guapa!" at you from their cars, the doors of restaurants and just simply in the street as you walk past. It can be very unnerving, especially at the beginning, and unfortunately nothing can be done but to ignore it, as saying anything back can encourage them. This is definitely a cultural thing, and by the end of the year it will feel strange coming home and it not happening.

Top 5 things to do

1. Hike all the way up to Mirador de San Miguel Alto for the best view of Granada. Taking a bottle of cava up to watch the sunset is a great tradition to mark the end of the year.

2. Go on a real Spanish night out. Begin at Chupiteria 69, a shot bar with over 120 shots available, collecting a voucher every time you get one, which you can then trade in at the end of the year for various branded things including sweatshirts and t-shirts. Mae West is the biggest club in Granada, and is usually free entry for students on a Tuesday night. Very popular with both Spanish and Erasmus students alike, it is the best one in Granada. Don't expect to get your usual cheesy chips afterwards, as they don't exist in Spain! Instead the club has its own hot dog stand right outside the door - or go find a Shawarma, Spain's version of a kebab.

3. Go skiing! I was a complete novice when I arrived at the Sierra Nevada, but after making two trips up would like to say that I can now ski. A return on the bus from the city centre is €11 and hiring equipment costs around €30, making this the cheapest time to take up skiing. The season runs from November all the way through to May, so there's plenty of time for a few trips up.

4. Work on your tan. The outdoor pools in Granada are great and very cheap at around €3 for a whole day pass, but when you need a beach there are plenty to choose from. Salobrena is the closest, but Nerja a little further along the coast is a lot nicer, with a big sandy beach. Malaga's marina has been renovated in recent years, and now has an amazing port side restaurant area, ending where the Malagueta beach begins.

5. Just enjoy it! Granada is an incredibly laid back city, with a huge pavement culture. All day every day the bars and cafes will be full of people having their morning cafe con leche, right through to 1am where even the elderly people will be sitting down to enjoy a cerveza. Make sure to take advantage of every available opportunity, because the year will go far too quickly!