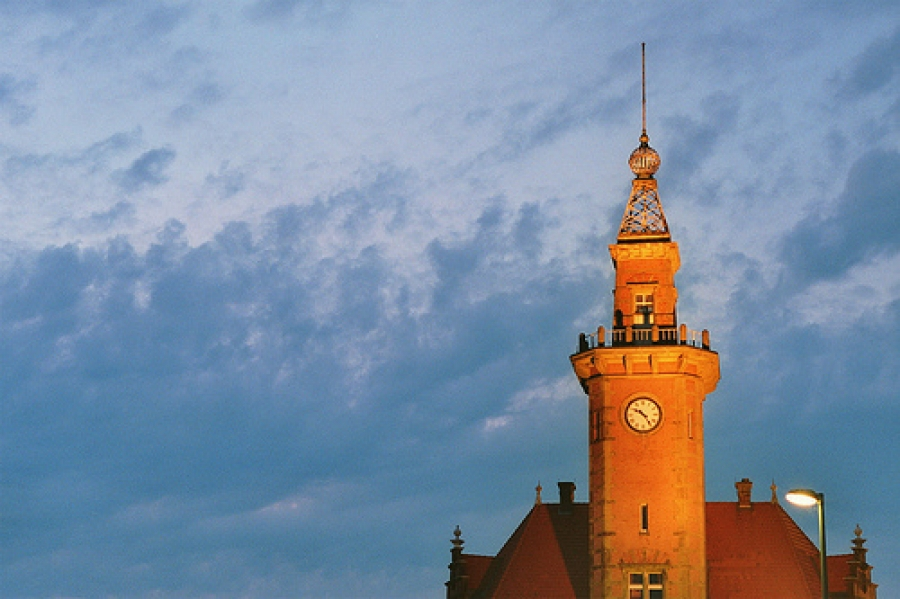 This article was written by Elena Cresci, published on 26th August 2010 and has been read 20423 times.

I’ve always loved Germany. German always seemed to have the edge over French for me in 6th form, and my first visit to Berlin cemented my love for everything German. Nevertheless, I never anticipated the effect living in Germany for my year abroad would have on me. Right now, I have a Germany shaped hole in my heart and I miss it tremendously. My year abroad was without a doubt one of the best years of my life – from beer, bread to bikes (and Bierbikes!), I loved every minute of my 9 months in Germany.

Living in the city of Dortmund, Nordrhein Westfalen, I went from being a proud Welsh girl from Cardiff with absolutely no interest in football and certainly no taste for beer to a Borussia Dortmund girl through and through, cheering for the deutsche Nationalelf with a Stein of Dortmunder Pils by my side. I love Deutsche Bahn, the Dortmund U-Bahn and waiting for the grüne Ampelmann even when there are no cars in sight!

Dortmund’s not the prettiest of German cities. It doesn’t have a magnificent cathedral like Cologne, nor is it a city on the bank of the Rhein like Düsseldorf, and it’s missing the quaint cobbled streets of Münster. However what Dortmund lacks in looks, it more than makes up for in charm. People in Dortmund are so laid back and friendly. Winter was spent in the warmest cafés and bars around the Kreuzviertel while Summer was spent languishing in the student-filled Westpark with a beer and a barbecue on the go. Their football stadium, they said, was the best in the world, and their football team, BvB Dortmund, the best football team in the world – you can make your mind up for yourself! As for the beer, well, Dortmund has the highest concentration of breweries in Germany… Not to mention Dortmund has hidden beauties in the form of Westfalenpark and Rombergpark, both beautiful parks you wouldn’t expect to find in such an industrial city.

There are plenty of clubs to choose from. No need to dress up in Dortmund (or in most of Germany in fact), clubbing is a very casual affair. In spirit, Dortmund reminded me a lot of Swansea; people are quick to put it down, but it has charm and character that makes it a place that you could easily call home.

What not to pack: Your fattest German dictionary – you don’t have that much weight allowance, so just stick to the online versions! You won’t have time to check it when you’re chatting to the locals anyway!

Couldn’t have done without: My semester ticket! This gave me unlimited use of all the Regional Bahns in Nordrhein Westfalen. At about 200 Euros a Semester, this was an invaluable travelling tool.

Word of advice: Do as much travelling as you can. If you’re a language assistant, you’ll be getting money every month, don’t bother saving it, spend it on travelling around Germany – you may never get this chance again!