Guest blog: through the eyes of a non-year abroader 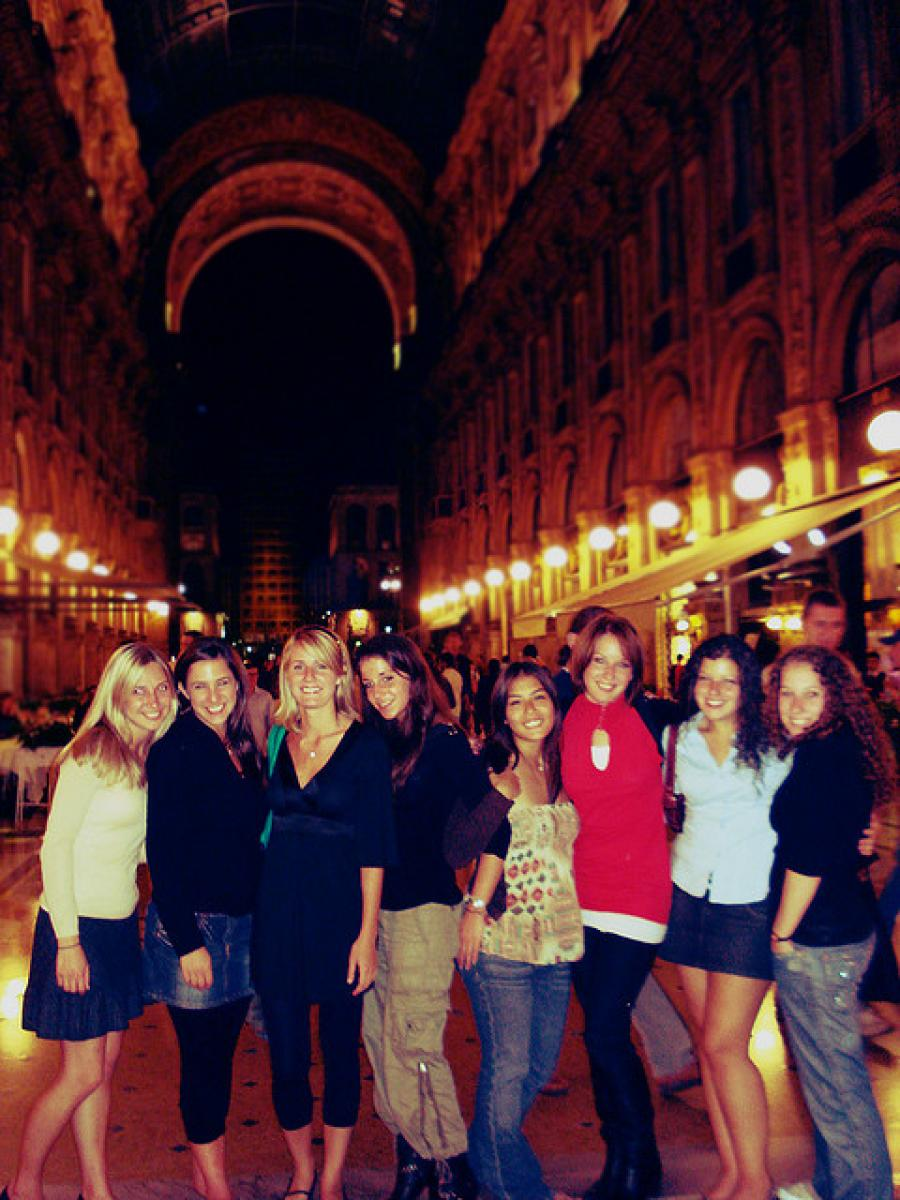 This article was written by Nell Fane, published on 14th January 2012 and has been read 4537 times.

A Levels UK University Not a Linguist
I’m the first to admit that I wish I’d taken a year abroad. I took a gap year before university, and I went on to use every possible opportunity to travel in uni holidays etc, but it’s not quite the same thing.

The problem is I studied English, and the best place to study English (it seemed to me at the time) was in England. It made sense really.

I would have forgotten about the whole ‘year abroad thing’, had I not recently been subjected to total and utter immersion in year abroad chit-chat. You see, I have a sister whose whole life was changed by her year abroad in Florence, a brother who is soon to set off for his year in France, and a whole gaggle of friends who’ve just returned from their respective countries to begin fourth year at uni. Though jealousy is an unattractive trait, when I’m around all these people, I’ve frequently found myself pretty damn jealous. When I hear them reminiscing about their ‘year’ (with clouded, love-teeming eyes), I have to hold strong and pretend I’m not thinking ‘take me there now…ah I wish I was you’. In spite of this, I have to admit that third year at university was actually my favourite. Though I wish I’d taken a year abroad, I don’t know whether I could ever trade that in.

But that’s not the point; the point is the massive difference we now see in our ‘year abroad friends’. They’re all a lot more independent, more accepting, more daring. They’ve adopted new, foreign mannerisms (not to mention the coffee addictions, the teaspoon fetishes, the frequent use of the word ‘eh?’, the foreign romances, the newly adopted dramatic hand-gestures, etc). To cut a long story short, they’re basically even more fun (if that’s possible). I suppose it’s because taking a year abroad pushes you out of your comfort zone. You’re no longer on home-turf…Nothing is familiar. You now have to fit into a new place, to meet (and befriend) a whole bunch of new people, and to build yourself a life you love in a place that’s a bit alien to you.

Your year abroad puts you into a ‘sink or swim’ situation…And most people swim. It’s a year of character developing and blossoming. I think some people forget about that when they’re considering whether or not to take a year abroad. And then, after a year of excitement, the intrepid year abroaders return from their adventures and go straight back to boring old university for their fourth year. What an anti-climax! Well, I assumed it’d be an anti-climax. In actual fact, having recently visited my fourth year friends at university, it appears that it’s quite the contrary.

Ok so fourth year was always going to be a bit rubbish in the sense that it is degree-determining and filled with work, but at the same time, my friends have found that it’s all the like-minded, adventure-loving year abroaders who are now left. It’s sort of a case of Natural Selection. So my fourth year friends have been absolutely loving their final year. They’re meeting more people, and grabbing the whole university experience by both horns, in the same way that they did their year abroad. PLUS (I envy them this) they’re now basically fluent in at least one new language, which increases the number of people in the world that they’ll be able to befriend once they’ve finished their education. Pretty ideal, really.

As a massive year abroad promoter, I’ve decided that I’d actually like to take a ‘post uni’ year abroad. I’m young, I’ve only just graduated and I’m not tied down to anything; this is probably the only time I’ll ever get the opportunity to set off on one of these adventures, and to live independently in a totally different place. It’s my best shot at being able to call a place I’ve (until now) considered foreign, my ‘home’. Viva the Year Abroad!

Top-up fees: Alternatives to studying in the UK

How to pick your uni by course: Modern Languages

The importance of a Modern Language degree

Read all about it: Foreign magazine subscriptions

by Global Graduates
A Levels

Sending your child to uni: what are the costs and benefits?