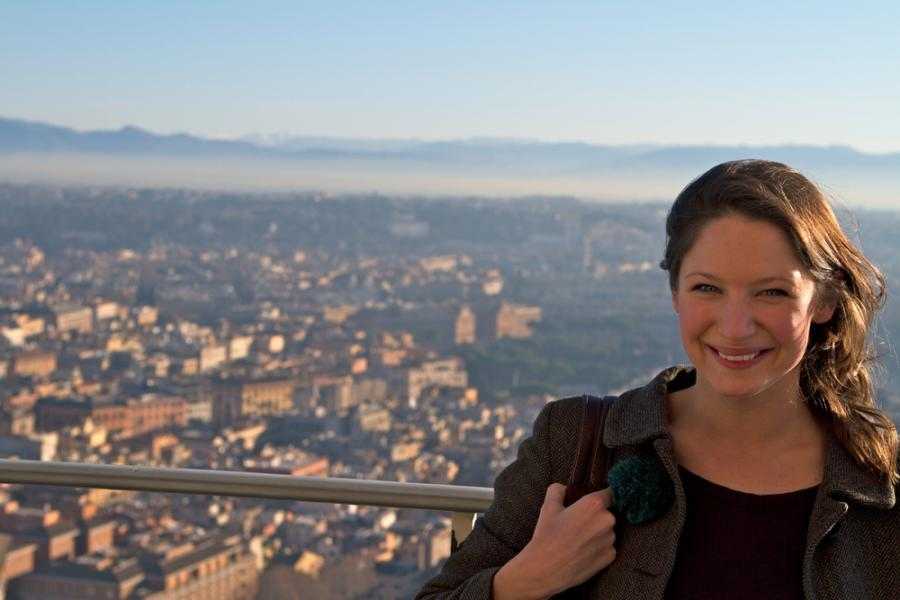 This article was written by Global Graduates, published on 22nd January 2010 and has been read 31796 times.

Lizzie Fane, Founder
Lizzie studied Italian and History of Art at The University of Edinburgh, spending her third year studying History of Art in Italian at the Università degli Studi di Firenze and working on Time Out's Best of Florence and Tuscany guidebook.

Before arriving in Florence, she spent the summer improving her spoken Italian by au pairing for an Italian family near Asti, thanks to GreatAuPair.com. Once her year abroad began, she found extra work opportunities through the British Institute of Florence, such as invigilating exams and interpreting for an English journalist.

Lizzie attended traditional life drawing evening classes and the 'July Intensive' course at Charles Cecil Studios, weekly Tuscan cooking classes in Italian at La Pentola delle Meraviglie, calligraphy lessons at The Calligraphy Shop and weekly cultural events at the British Institute's Acton Library.  She helped pick olives and was paid in olive oil, bought a bicycle, supported Fiorentina, walked through the Vasari Corridor, went on a tour of a local vineyard, visited year abroad friends in other cities, drove a vespa and discovered a secret grotto in the centre of Florence which she researched in the mysterious and ancient Uffizi and Medici libraries, and which became the subject of her dissertation.

After two months of culture shock and Italian red tape in Florence, Lizzie also began work on a website to solve the problems she and her friends experienced while abroad. After graduating in 2008, she gained valuable experience working for two online startups before launching ThirdYearAbroad.com in January 2010, which was relaunched as GlobalGraduates.com in 2016.

Lizzie collaborated on a report for the British Academy and the University Council of Modern Languages to prove the value of the year abroad in order to help retain government funding. She regularly speaks at university Study Abroad Fairs and pre-departure talks about making the most of the year abroad, and has written a report, as an Academic Associate of the Higher Education Academy, entitled 'Languages and entrepreneurship: A guide for students' to inspire year abroad students to become entrepreneurs.

Any questions or comments? Please get in touch!