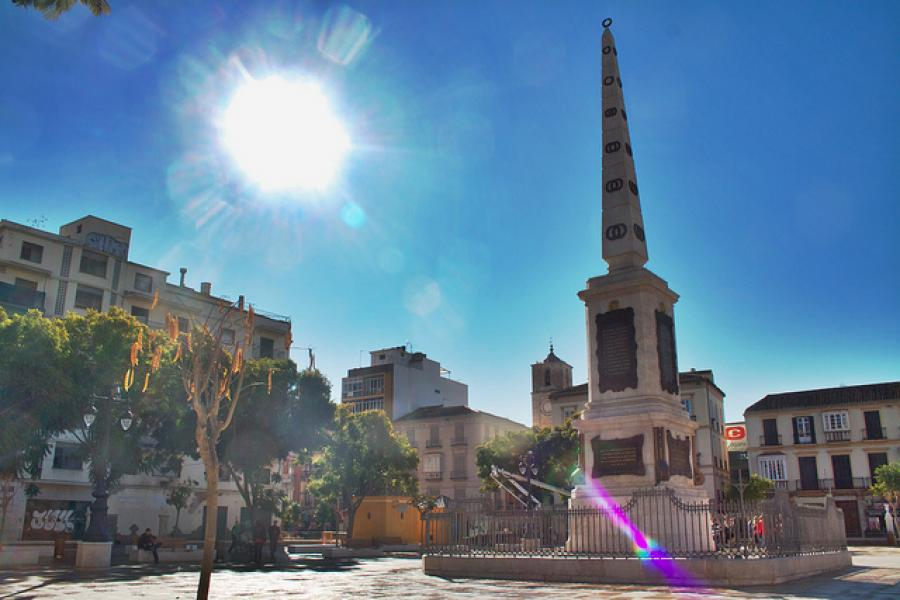 This article was written by Global Graduates, published on 30th July 2013 and has been read 27548 times.

Language Assistant Málaga
It’s official. It’s happening. It’s officially happening. That’s right. After months of waiting by my laptop for anyone to tell me where I can go and spout English and some poor Spanish at children, I've discovered I'm going to Málaga!

Now when I told my brother this he laughed. He said it was chavvy and a party city; to which I countered “are you not thinking of Marbella or Torremolinos?” He laughed again. I was a little worried until I looked up the address of my school, C.E.I.P Los Guindos on GoogleMaps. Look where it is:

I am just so happy. I immediately spread the word on Facebook and Twitter, and to my delight all my Spanish friends told me it was amazing, and how lucky I was; one of them, Ángela, had actually been there a couple of weeks ago, and her best friend goes to University there, and she said she loves it. I trust her judgement.

So about the actual finding out, I got an email around 11.30, in Spanish, from the Ministry of Education, basically explaining that the attachments would reveal where I was going. Not only this, but I was invited to a training day/orientation in Madrid on 27th September. Convenient. Although when I looked it up, the train journey from Málaga to Madrid was incredibly quick – around 2 hours or so.

In any case I have arranged to stay with the beautiful Ángela from the 23rd and see everyone else before I head up to Madrid, and then hopefully have a room in an apartment to look forward to.

I have looked on Erasmusu and EasyPiso for flats – was a little disappointed to find out that on Erasmusu to contact anyone, or for anyone to contact you, you have to pay to become a premium member. Oh the audacity. My dad very kindly paid for a 10 day premium membership (£17.77, from €19.99) and literally it lets you click on the button “get contact details” where it reveals their email address/name/phone number. What a joke.

Nevertheless I have received quite a few responses (well I did enquire about 30 rooms!) from mostly EasyPiso – on further inspection it came to light that most of the adverts on Erasmusu were over a year old! Saying that I got a response this morning from someone whose ad was posted 6 months ago, so there is hope yet.

Another good thing about the email from the Spanish Ministry of Education was that they told me what I would need to do on my arrival to Spain – go to a Police station and receive my Identity number, using the letter of appointment they attached, and other such tasks, which they explain quite clearly. What a joy!