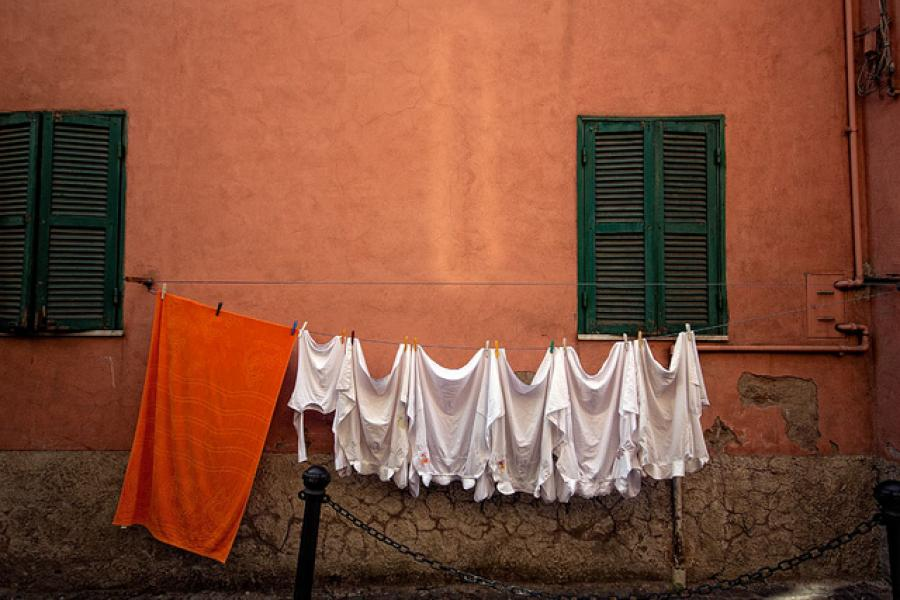 This article was written by Natalie Earl from Royal Holloway, University of London, published on 18th August 2014 and has been read 4160 times.

A lone ranger ventures out to the south of France one sunny September day, leaving behind worried parents, roast dinners and all university friends who won't be around the following September to share their last, well-lubricated freshers week.

It may seem a sorry sight, as this solo adventurer spends their first week wandering aimlessly around the small French town, attempting to set up a French bank account, failing miserably and breaking down in front of a poor awkward HSBC sales woman; staring blankly at their landlady whilst trying desperately to decipher the thick southern French accent and drowning under an immense pile of forms whilst wondering what on earth this CAF business is about.

We find this once-upon-a-time-lone-ranger surrounded by wide-eyed, glowing friends, trying desperately to think of a way to stay in France and not get on that train that will terminate their stay in France and initiate the start of their journey to Italy. But alas, the doors close with a hiss and she watches the glistening faces slide away, along with the safety of the little French town and all the pleasures it brought for the last 8 months.

I think that day was one of the hardest parts of my Year Abroad so far. Sure, there have been many instances when I have found myself feeling completely in the dark. Especially upon first moving to France. You think to yourself : "Have I really spent 10 years studying this language? Because it sure doesn't seem like that". It is pretty demoralising. But having overcome the hardships, hurdled the obstacles, and finally settled in the little French bubble, being wrenched from your newly found little world and thrown into the unknown is just tragic.

And the thing is, I was not even heading back to England yet. I still had another 4 months in Italy to enjoy, as my parents and peers kept telling me. My Year Abroad was far from over, however part of me felt like it had already come to an end.

The fact is, those back home will not truly understand what you're going through. Yes, I am going to live in Italy for 4 months, yes I will be able to eat all the pasta, pizza, gelato and drink all the Spritz and Limoncello I want. "What is there to complain about?", they'll say. But it just did not make up for leaving behind the croque monsieurs and the bon vin.

Of course, your friends and family are trying to make you see the good side of the transition, merely trying to help you on your journey. But there will always be that element of separation between your life at home and your experience abroad. For me this was a good thing. My time in France is something that I can hold dear, something different and exciting that broadened my experiences and cultural exposure. For other friends I know this separation was more difficult to deal with.

If I thought living in France was difficult at the beginning, Italy was another story. Having started Italian Ab Initio in first year, I had always felt behind in my Italian language skills. Sure, having studied French was a huge help, but going back to those basic baby steps that you take when you first start learning a language was a challenge. It was this fact that also made moving to Italy that much more daunting. I knew I had neglected my Italian for almost a year, so the feelings of guilt mixed with anxiety and worry were running high.

I was right. My level in Italian had dropped significantly, and at the same time my French had improved immensely. And what's more, going from working 9 hours a week in 2 primary schools dancing and singing with small French children, to starting an internship in a Travel Agency working 9am to 6pm Monday to Friday, was a shock to the system to say the least. But the shock was not just with the increase in working hours, but also with the dramatic change in environment. Teaching English 6 to 11 year olds meant I was always on my feet, every day of teaching held a new surprise. Whereas here in Italy, I am sat in an office at a computer for 8 hours a day.

At the beginning, this change was difficult to deal with, I found myself day-dreaming about being back in France, and constantly picking out the negative aspects of being in Italy. And talk about being thrown in at the deep end. The first time I made a call to an Italian hotel was an absolute disaster that it still stings to think about.

However, despite the obstables, the strange looks, the comments on your English accent, the constant mistakes with noun genders, the times you are knocked back, the horrific english-italian translations you make, the pressure of speaking to more than one person at a time and raising your voice above a whisper; DESPITE all of this, the rewards are worth it. That first time you understood a joke without having to ask to explain it again slowly, that time you forgot English, that time you realised you don't want to go home and wish you could stay forever in your cultural/linguistical limbo between fantasy and reality.

Picking up Italian Ab Intio was a great decision, and I look back fondly at my pre-Uni self deliberating about whether to go through the hassle of starting a new language. It is 100% worth it.