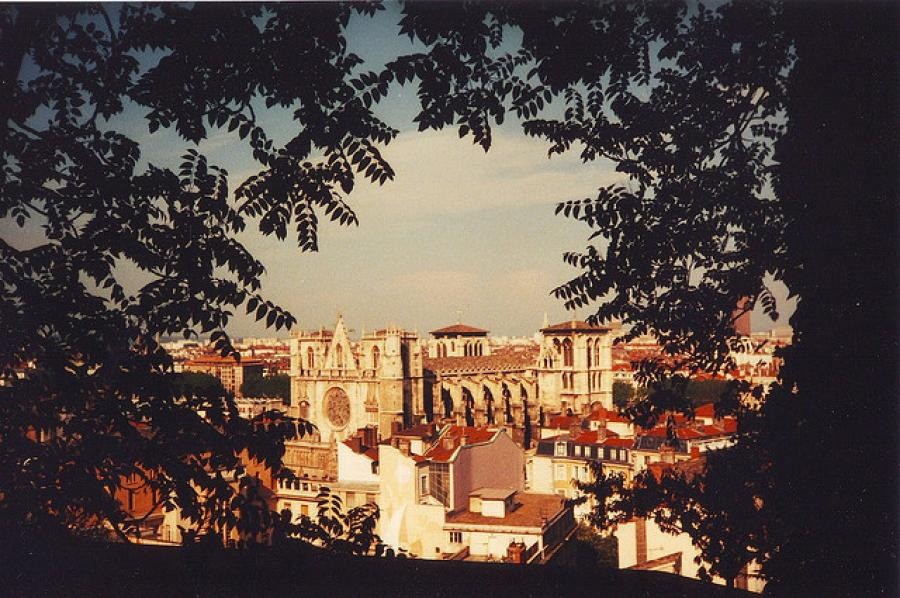 This article was written by Charlotte Evans, published on 27th October 2011 and has been read 3887 times.

Living and working in France Lyon
So, I’ve lived in France for two whole months now. What can I say? It’s been a whirlwind. A whirlwind of meeting tons of lovely new people, exploring new places and… (I have to admit) huge, huge piles of paperwork. One thing that all of us ERASMUS students seem to have noticed here in France is that they love their bureaucracy. You will quickly find yourself caught up in vicious circles of paperwork and on goose chases for some random piece of paper without which you won’t be able to do something vital… It’s all very strange.

But if you momentarily become super organised and sort it all out as soon as possible, you’ll be set. It really pays off to come that week or so early as well so you can pop into your university and your halls etc. and find out all these things that you’ll need to do. I’ve found that in general people are very helpful, especially at my university; Lyon 2, where the International Relations department is amazing. At halls….not so much….but I’ll get onto that later.

As well as arriving just that week early to get myself sorted out and explore the town a bit, I decided to do the two week, 42 hour language course that Lyon 2 offers. I can’t vouch for other unis' courses or other courses in Lyon but the one that I was lucky enough to do was absolutely great. I chose ‘Lyon, Portrait d’Une Ville Historique’, which helped us (a group of about 10) to practice our language skills through learning about Lyon’s history and present day, mainly via the medium of exploring the local culture. What I loved most about the course was that they took us out of the classroom and literally taught half our classes in Lyon’s most important places. For example, we ended up discussing Lyon’s patrimony whilst sitting soaking up the sun in a roman amphitheatre. However, best of all for me as a huge fan of the arts was that we got a tour round the national theatre, or the TNP (Theatre National Populaire) where we even got to explore their costume department, and secondly the fact that we were allowed to sit in on a ballet warm-up/rehearsal at the Opera in the room at the very top which has the most amazing views of Lyon and where, normally, only the dancers are allowed to go! Aside from doing all these cool things, we obviously did some work as well. We spoke only in French and had to work together with different members of the group to present oral presentations, write resumés of what we’d seen, choose discussion questions and so on and so forth. So while practising our French in a very non-judgemental and helpful atmosphere, we also got the opportunity to learn about the French university methodology, which is becoming very helpful now that I’ve started my classes.

So, we’ve been through my first couple of weeks in Lyon, next is halls. Due to my language course starting on the day I was meant to move into halls they very kindly let me move in a couple of days early. Lyon 2 seems to have some kind of special relationship with the CROUS (the halls company), as saying that you’re from that uni appears to be some kind of magic password which makes things a lot easier in life. There’s sometimes a lot of umm-ing and ahh-ing until you say you’re from Lyon 2. I’ve no idea why, but I’m not complaining! So in some respects my halls are very similar to mine in first in year in England, there are lot of differences too though. My room is pretty much the same as a room in English halls. It’s fairly standard really, although I was lucky enough to be put in one of the newest buildings so everything’s still kind of shiny and new looking. I’ve got a bed, a desk, a mini pod-like bathroom (as in, when I shower, EVERYTHING gets wet, but never mind, it could be worse!), a mini fridge and more shelving than I actually know what to do with. I actually ended up going to IKEA to buy random things to fill my shelves up with because my room just looked so empty! I also took full advantage of the French photobox new customer offer which gives you 100 free photo prints and you only pay postage! Magic! It made my room feel a lot more homely too. There is, however, quite a difference in the kitchen in halls. Firstly, it has no cupboards so you can’t leave anything in there (not that you’d want to….I accidentally left my kettle in there overnight once after cooking a meal for friends, and yes, unfortunately, it was no longer there in the morning!), secondly….there’s no oven…you just get hobs, a microwave and a sink….this means that I eat huge amounts of pasta and can barely cook anything English at all. I never really considered how much English ‘cuisine’ really requires a cooker….I can’t bake cakes either. Gutting. Anyway, that’s not really the end of the world, what really bothers me is the atmosphere in halls. Despite the fact that everyone cheerfully says good morning/evening to each other as we pass on the stairs despite never having met before, there’s not much of an effort made at being social on each actual floor. I’m sure it may be different for different blocks and residences etc. but from what I’ve heard it’s pretty much standard here in Lyon.  I mean, if I see someone in the kitchen (which is quite rare as people don’t seem to cook!?) we will have a chat, but there’s none of the obligatory corridor parties etc, that you’d get in England! It’s a shame but happily I’ve met lots of lovely people through various other things, mainly through the language course, but Lyon 2 has a great foreign students programme and they regularly organise events for us to socialise. It’s a lot harder to meet French people though. I’ve just been assigned a French ‘binome’, a sort of partner/mentor to help you along and with whom you share your culture too. So the project for the second half term is to meet more French people….I’m determined to actually get a conversation out of someone I’m in a class with who is not ERASMUS….this is a lot harder than you’d think. There’s a very different atmosphere to the classes to those at my home uni of King’s. I think it’s partly very tricky because I’m not going into first year classes so everybody already knows each other but even people I know in first year classes are finding it hard too.

I’m not too bothered about it at the moment as I’ve made some great friends already, but it is definitely an aim for the second half of term to get as much of a chance at some French conversation as possible.

On a finishing note, speaking of language, it’s amazing what a difference two months has made. Even within the first few weeks I noticed a huge difference. Even in second and final year classes my friends and I are getting all the notes down in lectures and are picking up on everything that’s said. Having to sort out so much paperwork, despite being slightly (or rather, VERY) irritating, has actually helped my language and confidence a lot as well. I am now amazing at sorting out problems in French….if you need some paperwork, I’m your girl. Anyhow, I shall stop here as this has turned into a bit of a monumental blog post. I’m saving talk of all my trips for my next blog post as I slowly sort all my photos out. Travelling is so easy here…it’s great!!! I’ve even got a trip to a German Christmas market in the pipeline…my next mission is going to be organising a trip over to Italy! It’s all go, go, go here!

Dealing with harassment from French men

by Emma Obank
Living and working in France

by Global Graduates
Living and working in Spain