Living in Spain: things you need to know 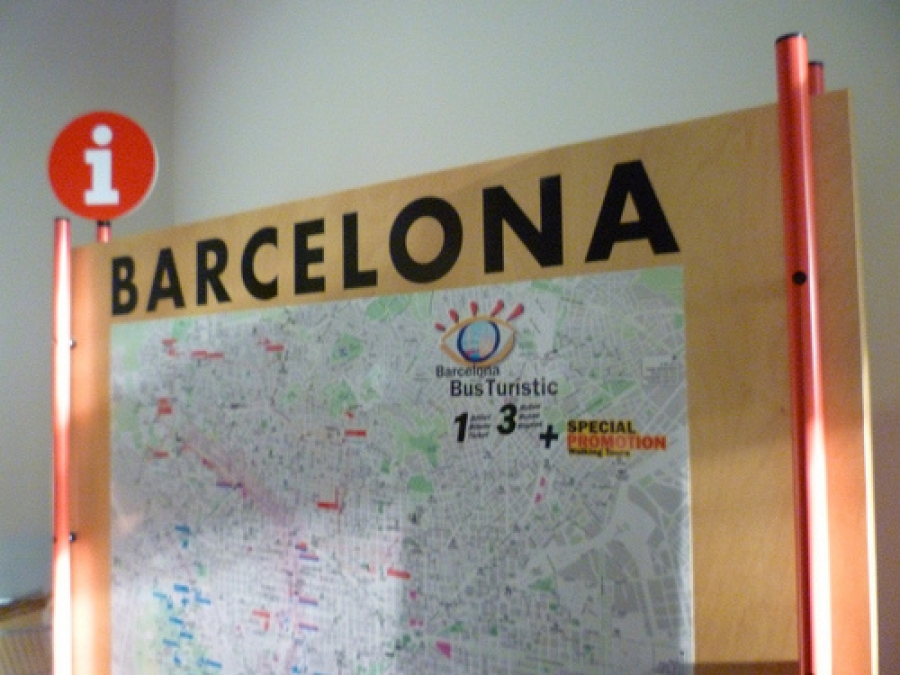 Welcome to Barcelona by revger

This article was written by Alicia Rubiales, published on 4th May 2010 and has been read 37682 times.

Spain Living and working in Spain Accommodation
When you move somewhere new, there are always a million things you have to sort out that you don't think about until the much-anticipated moment arrives - especially difficult in a foreign language. Planning ahead and not leaving stuff til the last week/day/minute is crucial to getting to your chosen destination in a more relaxed state... Bureaucracy is a boring but necessary step everyone has to go through and while moving to an EU country like Spain might not seem like too much trouble, there are a few little things you might want to know before you get there...

Every Spanish citizen above the age of 14 is required to carry at all times his or her DNI (Documento Nacional de Identidad). ID cards are not such a controversial subject here, and they're used all the time. They contain basic information such as the name of the carrier, his or her date and place of birth, the name of the parents, the carrier's address, gender… and an ID number (8 digits plus a letter). Only Spanish nationals have them, but non-EU nationals resident in Spain have a similar version of it.

The way a DNI card is used varies, but you'll soon see they're used practically everywhere. For instance, when you pay with a debit or credit card in a shop, they will ask to see your “DNI” to check you’re the legitimate owner of the card (note that most Spanish bank cards have magnetic bands instead of a chip-and-pin device, although card machines read both) instead of asking you to type you PIN number. DNIs are also used to check your age at clubs and when buying alcohol, or when picking up a parcel addressed to yourself at a post office.

However, DNIs are not the only type of ID; passports and driving licenses (even provisional ones) from your home country will be valid too. Student cards are not normally accepted as a type of ID. This is because not all of them have a picture, but also because they are expedited by each university or college instead of by a government agency or institution. If you’re studying in Spain, your student card will probably look like a debit or credit card. The reason for this is that you can use it as such by opening a bank account with the bank your university is linked with. This has some drawbacks, such as, in the case of it being lost or stolen, you won’t be able to access some university services (like the library), and will have to reapply for a student/bank card to both your university and your bank.

It is advisable to always carry a form of ID and leave another one at home. You don’t want to lose your only ID abroad, but if you do, you should contact your embassy or consulate as soon as possible, and probably report it to the police as well.

The first thing you should know about driving in Spain is that provisional driving licenses don’t exist, so foreign ones are not accepted. So if you want to drive there, make sure you’ve passed your test! The process to get a driving licence in Spain is slightly different. First of all, you have to pass a theory exam and only then you can start taking practice lessons. After a certain number of driving lessons (there’s a legal minimum) you can take the practical exam. Once you’ve passed it, you’ll have to carry an “L” sign stuck to your car for a year. If you have a UK or other EU driving license, you can drive around Spain without any problems, although car rental companies normally require that the driver is at least 21 years old and holds more than 1 year's driving experience.

Another important thing to bear in mind is access to healthcare. You never know what might happen – hopefully nothing! – but it is better to be cautious and have your European Health Insurance Card ready for your time abroad. This card allows you to have access to the Spanish NHS, or Seguridad Social, the same way a Spaniard does. That includes GPs, tests, A&E and everything basically except dentists, which are all private in Spain. The quality of public healthcare in Spain is very similar to that in other European countries, including the UK, although quite a lot of people (around 9 million) opt for private insurance.

Although Seguridad Social is the national health system, it is normally taken care of by the autonomous regions’ governments. So, in Andalucía, it will be called Servicio Andaluz de Salud, in Catalonia Institut Català de la Salut, and so on. To get an appointment, you can go to your nearest GP surgery and book one at the reception. However, sometimes they ask you to book an appointment online or on the phone, so you could save a trip to the surgery by checking on their website what system they’re using. For emergencies, it is better to go straight to a big hospital, and if you’re too ill to leave the house, there are doctors who can visit you at home free of charge as long as it is strictly necessary – otherwise they’ll just tell you to go to a surgery.

One of the things you should consider when moving to another country for a considerable amount of time is whether to open a bank account there. Bear in mind how long you’re going to stay – if it’s only for the summer, it's probably not worth it, but if you’re spending more than a semester or a whole year, then it probably is. That said, be aware that Spanish banks charge commission for a lot more things than British ones (like having a debit card), so make sure you find an account that doesn’t, or at least a deal that is right for you. Do some research online before visiting a branch – some bank clerks can be ruthless salespeople, so don’t let them convince you too easily!

When opening a bank account, studying or working can be a decisive factor. For example, if a bank has “links” with your university, you could pay no comission, as you're studying there. With others, you could be comission-free if your salary (“nómina”) is paid directly to your account with their bank. Different banks have different deals, so make sure you’re informed before settling for one bank in particular.

Also, you should consider whether they have branches or cash machines near you, as some banks in certain areas (especially “Cajas”, building societies) are more widespread in certain parts of the country (i.e. la Caixa in Catalonia). And some might even have an ATM on university campus, which could be quite practical.

Some banks operate in Spain and other European countries, which could ease things up when transfering money, etc. Barclays and Deutsche Bank have branches in Spain, but you should check individually how they are linked to other countries branches. Santander is a Spanish bank that owns several British banks, which could have some advantages. For instance, there’s no commission for using Santander’s cards abroad in their cash machines. For more details, it’s better to go to your local branch before moving to Spain and see what they can offer.

Finding somewhere to live will most likely be at the top of your priorities when moving to Spain. First of all, consider which option you prefer: student halls, sharing an apartment with other foreign students, with local students, or with other people, living with a family…

If you go for residence halls, bear in mind that universities in Spain don’t provide accommodation for all first-year students, because most of them will live at home. Places in “residencias de estudiantes” or “colegios mayores” (as they’re commonly known) are scarce, so make sure you apply in advance. There are more halls in some towns though, especially those with a university tradition, such as Salamanca or Santiago de Compostela. But expect a lot of competition in places like Madrid, Barcelona or Valencia.

If you’d prefer to live in a flat, be prepared for an arduous search, especially in Madrid and Barcelona. Try doing research online and contacting students who are already there or have been there. The best places to look for flats or rooms to rent are:

Newspapers (both local and national) Specialised websites such as Loquo, Segunda Mano, Idealista, or Fotocasa. Within your university website, there might be some sort of student accommodation link in the forum to post ads. There are often students advertising an empty room in their flat and looking for flatmates, or sometimes just someone looking for a flat with whom you could team up. If you get to your destination without accomodation, look EVERYWHERE for “Se alquila” ads. Many locals just stick A4s on the street or on supermarkets, local shops and civic centres, as it works out cheaper to get flats through the owner ( you (and they) won't have to pay agency charges). Check out the ThirdYearAbroad forum to find flatmates in your destination city.

Can someone help me with accommodation in Spain?

Hi Sam! I can't give you any advice specific to Seville but have you checked out this previous question/answers about accommodation in Spain? The answers mention websites such as Fotocasa, Easy Piso,...