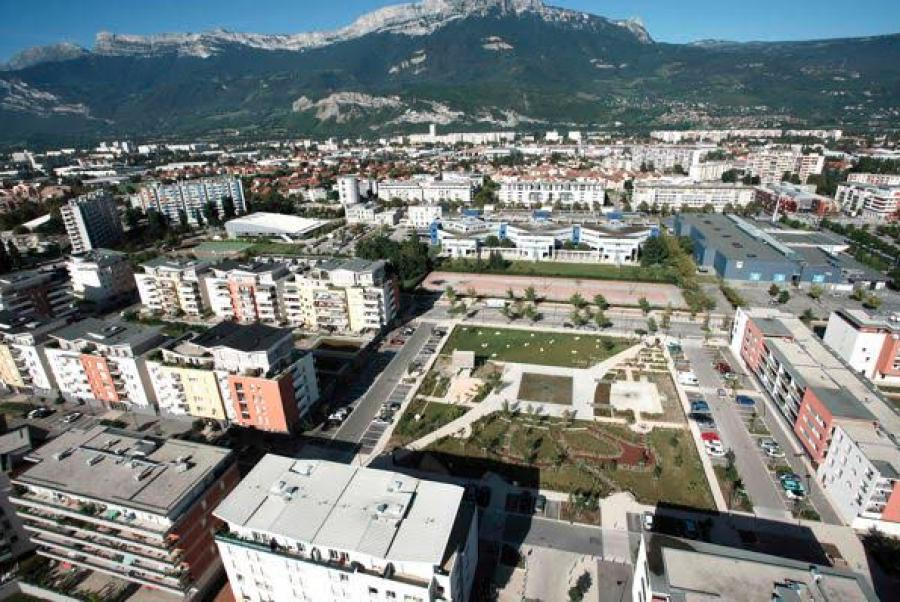 This article was written by Elise Davies, published on 18th September 2015 and has been read 7950 times.

Elise Davies is studying French and Spanish at Bangor University. She spent the first semester of her year abroad working as a receptionist in France and the second doing an internship at a housing company in Seville, Spain. In this piece, she tells us about her experience working in the Banlieues of Grenoble.

Everybody feels nervous when they first arrive in a new city. However, when living abroad, this can be somewhat more difficult in the sense that it can be harder to work out which areas are safe and which are not so safe. I spent the first semester of my year abroad living in the outskirts of the city of Grenoble in France and found that this was definitely the case for me. For this reason, I am going to tell you about my experiences of living and working in the Banlieues and how I stayed safe.

Although Grenoble is a beautiful city and there are many lovely places to visit, I soon discovered that there were some areas where I had to take extra precautions. As it happened, I was living and working in an area of the city’s suburbs where crime is certainly not unknown so I often needed to keep my wits about me and think about where I was going when alone. I know that when we go abroad, we like to think that everything is going to be sunny and perfect, but this is not always the case. Even though I found it challenging living in this area of Grenoble as a young foreign woman, on reflection, I can see how it was a good experience and has changed me for the better. Having grown up in a small village in the British countryside and then going to university in a small city, I was shocked when I saw what life in the Banlieues is like but I am glad that I got this experience out of my year abroad as it has toughened me up no end!

The point at which I first started to realise that I was not living in a safe area of Grenoble was at the end of my second week there. This was because I decided to go on a day trip to Lyon on a Sunday as I had the day off work. However, on my way to the train station I was followed by a man when I got off of the tram and started the five minute walk to the station. When I realised that I was being followed I continued to walk as quickly as possible in order to reach the train station where I knew there would be other people around. I did end up having an unpleasant encounter with the man but fortunately managed to get away and get myself into the train station and out of danger in time. The train station staff called the police as although I got away unharmed, they did class what had happened to me as harassment. Speaking to the police and the station staff about my unpleasant experience brought me to the realisation that walking around alone late at night and early in the morning on a Sunday was not a good idea. For this reason I was very careful from there on in, as I discovered ways to avoid danger.

As I was working as a receptionist in the same suburb of Grenoble, I witnessed more frightening experiences throughout my time there such as violence, threat, alcoholism, and vandalism when I was at work. In fact, I never imagined that I would experience the police being called to my work place three times in one week! Although this was quite traumatic for me as a foreign intern, it was also a real eye opener as I found myself in situations that I had only ever seen on television programmes.

I have not often spoken about this side of my placement since I left, but I do think that safety in these kinds of areas is something that people need to consider. Although you are probably imagining that I had a horrible experience, I can honestly say that although I was ready to leave at the end of my placement, I do look back on my time there quite fondly as I met some amazing people who helped me develop as a person and taught me many important life lessons. I also found that working in an area where I was more likely to be faced with challenging situations in the work place actually made my work experience very all rounded and rewarding.

I have not written this article to scare you but rather to make you realise that even if you end up in a place where you do not always feel at ease or where there are known dangers, you can still have a very fulfilling experience. However, I want to emphasize that taking some precautions when out and about is the key to being able to keep yourself safe. After my experience of being followed to the train station I looked into ways to avoid walking unfamiliar routes alone at quiet times of the day. I therefore found a tram line that went all the way to the train station entrance and made sure that I was always either with somebody or talking on the phone if I needed to walk anywhere after dark. I also made sure that somebody in my workplace knew where I was and what time I was going to be coming back so that they could phone me if they were worried. I was living in my workplace which was an advantage as I knew that I had people who were looking out for me. The vast majority of my shifts at work were absolutely fine but I made sure that I always informed one of my colleagues if I was worried about anything or if I saw anything suspicious taking place.

So all in all I can definitely say that living in the Banlieues was a very challenging experience but it was also one that has made me stronger and given me an insight into some of the harsh realities of the working world and life in general. Therefore, my advice to anybody who is on placement in an area like this is to plan routes, communicate with people that you know, and be conscious of the time of day. If you take all of the precautions that I have mentioned above then you will be absolutely fine! After all, it is often the most challenging situations that make the best experiences!