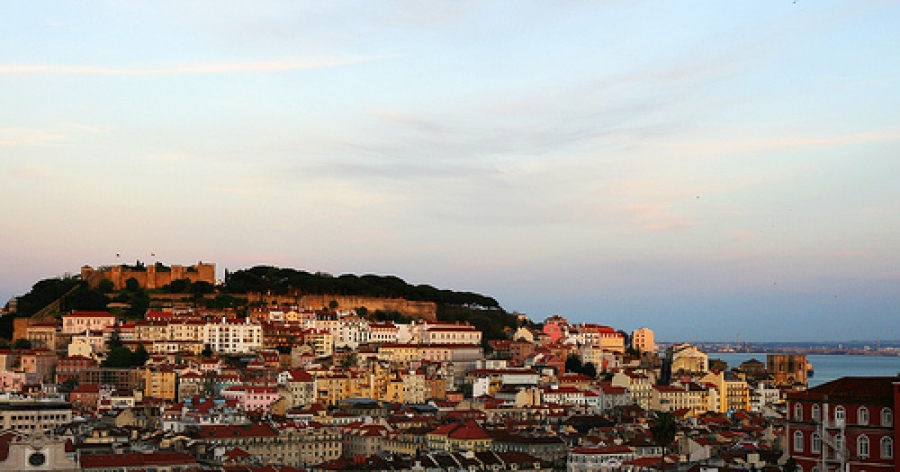 This article was written by Global Graduates, published on 25th February 2011 and has been read 3738 times.

Portugal Portuguese Lisbon
City of RejuvenationLisbon has played an important role in Portugal’s history, since its early settlers moved in way back when in the 6th century to its modern day interest, garnered by foreigners and locals alike. Perhaps its Moorish architecture, windy streets reminiscent of the Middle Ages, or the run-down and back up again cafés are to blame. Perhaps the city’s ever-changing, yet traditionally set, ways offer something new for the traveller/modern settler. Many argue that Lisbon’s charisma stems from its ability to constantly reinvent itself, whilst keeping its core personality intact - if Lisbon was a singer, she could be compared to Madonna - trendy without losing her grip on her beginnings...Whichever way you want to look at it, one thing is for sure, you won’t regret spending your year abroad here, as the following city characteristics will show...
Why should I choose Lisbon for my year abroad?
Apart from the fact you’ll be studying/working/volunteering in Portugal’s capital city, you’ll also be privvy to great food, fantastic cultural exhibitions and truly out-of-this-world nights out. Lisbon’s dream-like location, on the edge of the Atlantic Ocean, makes it a spectacular place to live on your year abroad. Even if you aren’t taken aback by the refreshing sea air, you can walk around the spindly streets and get a real sense of what it was like, once upon a Moorish time, to live here. The old ladies, dressed in typical Portuguese clothing of a by-gone era, bring an authentic ring to the place. Walk a little further and you could just as easily find yourself in a modern shopping centre, or running up a bill at one of the inviting cafés dotted around the city.

The old-fashioned trams, yellow cars ambling through the streets, will once again remind you of the city’s cosmopolitan history. If you’re looking get around in something more modern and frequent, Lisbon has a great metro and bus system, which actually runs on time (take note London!), or you could invest in a bike and take in the city in the fresh open air. Either way, you couldn’t afford to miss out on a Tram28 ride, which takes you throughout the Old Town and beyond. This will give you a good idea of where you are and you’ll soon find your bearings around the capital. There are roughly 6 neighbourhoods in Lisbon, each with its own character and habits, making the city a veritable mash-up of old and new.

If you’re after culture, Lisbon’s got plenty. Start by touring the museums and you’ll soon unearth marvels, architecturally, artistically and historically speaking. Students wanting to get to grips with the city’s history should visit both the Museu do Azulejo and the Museu Nacional de Arte Antiga; the former for its impressive collection of the city’s famous azulejo collection, a series of tiles found on houses throughout the city and the latter for its extensive collection of Portuguese art, circa the 14th century running all the way up to the 19th. If you’re looking for something a bit more contemporary, you should run on down to the Museu Colecção Berardo, as it houses the city’s biggest collection of international contemporary art, with more than a thousand artworks on show.

You can’t afford to stay in Lisbon without experiencing fado music, complete with entertainers captivating their audience with this typical Portuguese song and dance - sure, you may end up paying for a slightly higher-than-average meal, but the experience will be more than worth it. Speaking of food, Lisbon has a lot to offer the zealous student foodie. If you’re looking for hearty meals and a good selection of fish, head to Velho Macedo for a bona fide Portuguese experience; an added bonus is the price, which is more than adequate given the size of the dishes. A Camponesa attracts a more artsy crowd, thanks to its kitsch interior and good selection of meat and veggie dishes. If you’re lusting after some steak or sushi, fear not; Lisbon offers all sorts of restaurants to satisfy even the most difficult palate.

Going out here caters to all sorts: you can just as easily rub shoulders with the elite advertising crowd in Bar Snob as head onto the popular watering hole Bicaense, with a retro vibe to boot. If you’re looking for live gigs, Crew Hassan is the place to roll into. Onlookers looking for something a little more relaxed might like the bewitching decorum in places like Tuareg and Bar Marroquino, with their Moroccan influences. Clubs, clubs and more clubs are on the cards for serious party-goers, with Kapital offering a rather more exclusive feel to the scene, Coconuts a bit of student flavour with its mad mix of crazy décor, energetic beats and fanciful crowd. Clandestino, on the other hand, is top of the list if you are looking for something more rocky, with its Manu Chao meets The Rolling Stones vibe.

In short, Lisbon offers old town chic, a gorgeous seafront, loads of trendy bars and shops with a constant stream of things to do, places to visit and people to meet. Mostly, it’s the hidden gem in European capitals; perhaps its vibrancy isn’t as publicised and well-known as London, Paris and Madrid, but you’d be mad to miss out on spending some time here!

Unravelling the hidden truths of volunteering

Vegetarianism on a Year Abroad