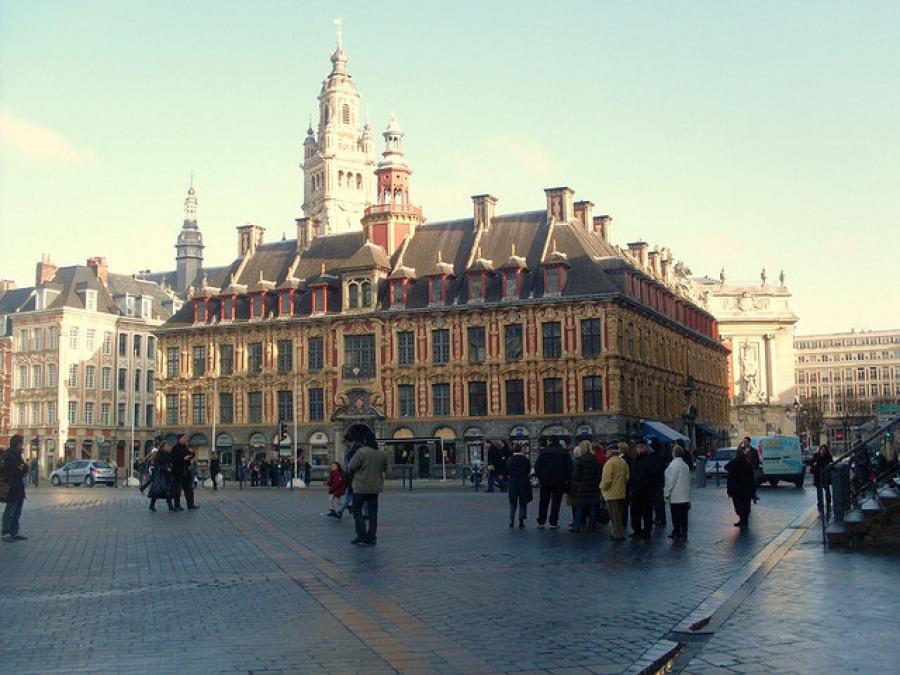 This article was written by Christopher Hall, published on 29th October 2011 and has been read 4037 times.

Lille
City of Contradictions From a large working class French commune to an internationally certified city of culture, Lille has been the subject of extreme transformation in the last century. Lille has liberated itself from the shackles of its poor industrial past to become a modern capital of culture, enterprise and tourism. The city is in a prime location and is quite correctly seen as the gateway to continental Europe with the Eurostar and TGV services offering convenient connections to London in just 80 minutes, Paris in 60 and even Brussels in a speedy half hour.
Situated just miles from the Belgium border, the city undoubtedly offers limitless possibilities for travel which will liberate the explorer within and afford you a wealth of cultural and linguistic experience. Culture aside, Lille is a thriving and bustling student city whose close proximity to Belgium is an attractive prospect to those fond of picking up fags and booze at discounted rates. Ultimately, Lille is a handsome and alluring city with an architecture and a culture which reflect the influences of countless countries who’ve claimed this cultural melting pot as their own.

An insider's guide to Lille

Why should I choose Lille for my year abroad?

Lille is a myriad of contradictions. A city of old and historic architecture and fine gastronomic tradition coupled with modern bar and nightlife facilities which cater to the city’s large student population. A city where fine wine emporiums sit comfortably beside branches of McDonalds and a city where religious, commercial touristic and hedonistic activities collide. In short, Lille’s handsome and delightful city centre is all things to all people. The city is very accessible and travellers will be happy to learn that tube prices are much lower than their London counterparts and reasonably priced monthly travel cards are also available. The metro line covers the Lille metropolitan area which includes the cities of Roubaix and Tourcoing, thus offering a rapid connection every 1-4 minutes and access to some unmissable cultural hotspots. La Musée de la Piscine in Roubaix is a visually stunning building which houses a remarkable collection of artefacts. Furthermore, Lille’s attractions are picturesque and a treasure trove for historians, culture vultures and are even impressive for those with just a mild appreciation of handsome architecture. Roaming through the city centre is a visual extraganza and one feels cultured by just admiring the visual beauty of the many attractive landmarks such as the fine opera house and La Vielle Bourse which dominate the city skyline. Place Rihour and La Grande Place are core rendez-vous points surrounded by bars, restaurants and fountains where the city’s culture and people come together. Furthermore, the beautiful cobbled streets of Vieux Lille provide a wonderful backdrop to the many restaurants and bars which permeate this district. In general, fine dining is an afforable prospect in Lille and one can take advantage of a wide array of culinary treasures from traditional French fare to chips and kebabs. Although, one can pick up good wine on the cheap, drinkers need to be aware that bar prices aren’t cheap. However, attractive, trendy bars, friendly locals and yes even sometimes pacing yourself during a night out can compensate for this. Lille offers a great social scene and lively nightlife and vibrant, alcohol fuelled superclubs of Belgium are also within easy reach of the city. Ultimately, Lille is a great and accessible student city with wonderful transport links. Its important cultural dimension affords residents the opportunity to learn, discover or even just admire, and with such an extensive array of bars and restaurants one should leave this city with a rather revitalised if not more sophisticated palette.

My Year Abroad in Lille

by Tallulah Back
France