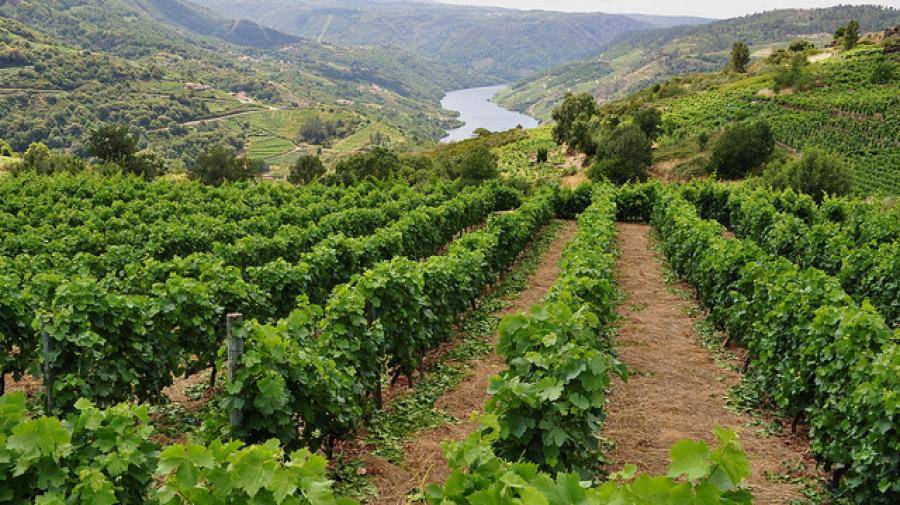 This article was written by Jack Nathan, published on 21st November 2014 and has been read 3422 times.

Spain Living and working in Spain Spanish Language Assistant Galicia
The second part of Jack's Galician adventure, in which a roadtrip takes a surreal turn...

It was the end of November and I had properly settled into life in Pontevedra: the people were friendly, the coffee was strong, the slimy sea creatures were delicious, the bars were open until 5 in the morning and the children I taught were by and large unimpressed with my attempts to get them to debate who was the greatest rock band of all time.

My Spanish flatmate, German, was starting a company at the time: he had a minivan and, his plan was to run a tourism company; to show visitors that there was more to Galicia than Santiago de Compostela. Since we had a puente- meaning a public holiday followed by an extra day off to make a four-day weekend - why not spend the Friday doing a trial run of one of the tours that he was planning? What we could do, he said, was go to the wineries in the Ribeira-Sacra wine region - the food and wine were excellent, the route would take us to the Cañón de Sil, one of the most famous sites in Galicia, and what was more, he had a friend called Xulio who made his own spirits.

Four of us- my flatmates Ryan and Tyler, our friend Rafa and myself- agreed, and we left at half nine the next morning. It was chilly in the van, but the windy, forested roads were pretty, and a change of scenery from the rugged coastline that I was used to seeing. There was barely another car on the roads. After we had been driving for over an hour, German stopped in the middle of the road and put the car into reverse, exclaiming; “Shit, tío, did you see that?”

By the side of the road was a farmhouse, and outside it were two dead pigs- one lying on its back on a bench, the other hanging from a sort of metal strut, with its belly open. A family was standing round the pig, one man pulling out its guts (matter-of-factly called “los chorizos”) and handing them to a woman, who rinsed them in a large plastic bucket then put them to one side on a wooden bench.

German spoke to them in Galician, telling them that we were his American friends and curious about what they were doing as they finished gutting one pig, making its ribs visible from the inside, then hung the next one up and cut it open. They were obviously very good at it, because there was hardly any blood, and the pig didn’t even smell strongly. It had been alive half an hour before.

I understood almost nothing in Galician at the time, so I completely missed one of the men telling a boy of about 15 that he was nearly a man, and next time it would be his turn to kill the pig. For me, the strangest part of the experience was when Rafa, asked the family for a photo (almost everyone I met took film and photography very seriously) and they looked straight at the camera without posing or smiling. It was like stepping back in time.

We drove on for a while, stopping by a river to stretch our legs and take photos. German rang the owner of the winery to tell him that we would be there soon. "Meet us down the round, my son's on his way in his purple car" said the owner. We waited- first fifteen minutes, then twenty, and no such car arrived. German talked on the phone again, looked resigned, and said that there was a restaurant down the road where we could have lunch.

“I can’t help notice that there aren’t any grapes on the vines” I pointed out.

“Of course not, it’s November. We can still get some wine though.”

The next few hours were leisurely, taking pictures, driving, getting in and out again. None of the wineries were open. At five o´clock German took us to Xulio´s place.

"I think there's a short cut this way" he said, which is never good to hear in a hilly wine region. The roads were narrow and the drops sheer, with a few bare vines to brush you if you fell. The short cut took us to someone's drive,  which extended to the edge of the road. We knocked on the door and asked if there was a way of rejoining the road. No, they said. You have to turn around and go back up the hill.

Turning around was probably the scariest experiences I had in Spain - Ryan got out and shouted "¡Para, para!" when the van came close the edge. After several minute turns the van was facing the right direction and were off again. We went down the hill, past a dam and reached Xulio's house.

Xulio was about eighty, with strong, weathered features and a wheezy voice. His winery, it turned out, was definitely NOT open to the public, being a darkened barn full of bottle upon bottle of licores- the sweet, dark brown, licor de café, the creamy, Baileys-esque licor de orujo and the refreshing, dark yellow licor de hierbas to try, along with bottles of red wine that he assured us was the best in Galicia. He made 20,000 litres of it a year.

The storeroom imposed a sort of gravity, even reverence, on us as we tried the different drinks - which were all in bottles of exactly the same dark brown glass. Xulio told the licor de café apart from the red wine by tilting the bottles to see whether or not they had legs. We each bought a bottle of something - mine was the coffee-liqueur, which I had quite a weakness for.

The sun was setting by this point and it was very cold, so we decided to head back to Pontevedra. It took us a good while, as we were a long way out, so on the way back we stopped in a roadside coffee shop. The barman was a grumpy-looking man, and was talking quite contentedly to three of his friends who were sitting at the bar when we came in. They all turned around, and kept giving us looks as we ordered five coffees. I glanced at the old photos on the wall: most were in black and white, and a couple of them had anti-governmental slogans. I thought nothing of it, as my tenuous grasp of Spanish politics was enough to tell me that president Rajoy was unpopular. One of them, a picture of two men in military uniforms, I thought idly to myself, looked like Hitler.

When I got back, there was a definite tension in the air. Rafa nudged me. "See the pictures on the wall? They’re of Franco. Drink up." ¡Jodéis! ¡Vuelva el general! said one of the pictures. I took a closer look at the men in uniform. Yeah, I thought to myself, that is a picture of Franco and Hitler.

Suffice to say, we drank our coffee very quickly, paid and drove back to Pontevedra.