Life in Bonn: Barbecues and the Blues Brothers 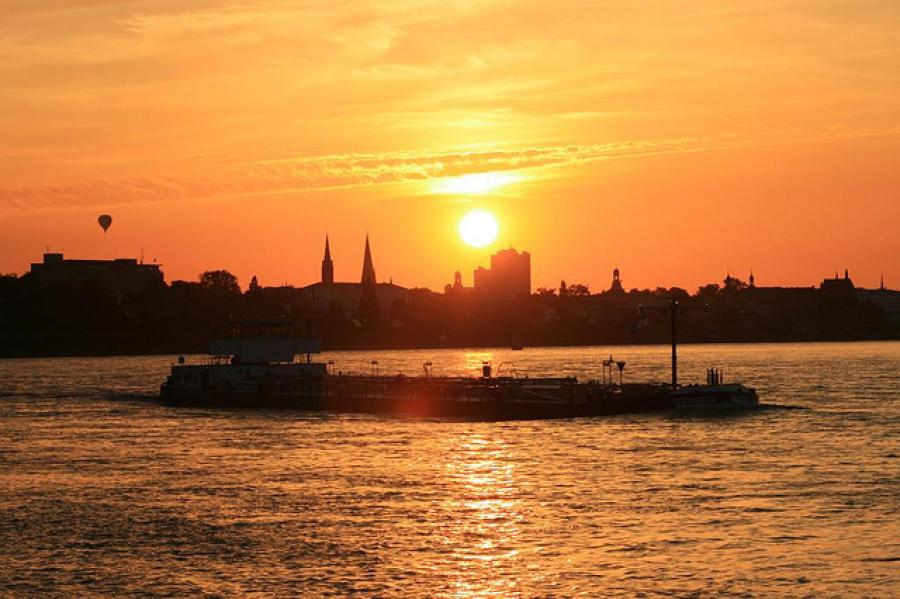 This article was written by Jack Nathan, published on 25th September 2014 and has been read 2633 times.

German Bonn Food Germany
In Part 3 of Jack's year abroad adventures, he gets a new flatmate and some unusual advice for practicing German...

A month into my time in Bad Godesberg, I developed a routine. I’d go to work on my second-hand bike, proofread documents for English mistakes, email back and forth with the company’s offices in other parts of Germany, check that invoices had been recorded on the system, and occasionally be entrusted with a translation. These were usually the high school diplomas of young men and women like myself who wanted to study abroad; usually Germans in the UK or North America. Once I translated the ingredients on a packet of sausages, and almost every one was an e-number that was the same in English. In the evenings, I’d cycle home, might go for a run or to a karate session at the local Shotokan dojo, make dinner, then read. At the weekends we would go to the cinema, or have a barbecue, and on one scorching weekend we went swimming.

Learning karate in Germany was exactly the same as learning it in England, and I was grateful for the Japanese names that meant that the techniques were the same in every language. Being a club for all ages, there was a community feeling, and children and adults trained together.

On my first night, they put us into teams and, as a warm-up, made us play football whilst holding hands with someone else. Because I didn’t know anyone, I ended up running around alongside a girl of about nine, and the instructors’ decision to add a second ball added to the confusion.

At that time, several of the other lodgers moved out for a variety of reasons, so there were four of us in the flat; Silvan, Ulrike, myself and a Kuwaiti medicine student-cum-bodybuilder named Mohammed.

Mohammed had the biggest muscles of anyone I’d ever seen. I’m a slim man, but his biceps were bigger than my thighs. He was very keen on talking about his hobby, many of his friends being  his gym buddies, and showed me several photos of himself with professional bodybuilders he’d met at a competition in the USA.

“You speak too much English” he said. “I hear you in your room, talking to your parents. When I came to Germany a year ago, I didn’t talk to my family for a month. I ignored their calls, because I needed to learn German.” The thing to do, he assured me, was get a German girlfriend, because German men were- a phrase that he had made up- “nicht kontaktierisch”.

Mohammed didn’t drink, so one Friday evening we went to a shisha bar. There were quite a few in Bad Godesberg, and I had never been before. Once there I found that I couldn’t inhale properly, and didn’t want to. Everything I had ever learnt protested against the thought of smoking, even if it was apple-flavoured.

Shisha aside, we used to have barbecues in the garden. As you might expect, German supermarkets stock a wide variety of sausages and marinated wings- which everyone in the house referred to as “die chik’n wings”, because even Germans find that easier to say than Hähnchengeflügel.

The barbecue format only showed its weaknesses when my family arrived for the week, making me feel something like Lawrence Durrell, if he had lived in Germany in the 21st century. Everyone in the flat was very welcoming and encouraged me to invite my family to a barbecue. As far as they flatmates were concerned, though, my family’s vegetarianism was only a minor inconvenience.

“We’ll get some trout in for them” they suggested. When I told them that my family didn’t even eat fish, Ulrike’s solution was simple.

I reminded myself to take my family to Rewe to look for vegetarian sausages.

That weekend we visited the Drachenfels, where Siegfried of Nibelungenlied fame had famously killed a dragon, and the neighbouring Drachenburg castle. When we got back in mid-afternoon, Mohammed was preparing for the barbecue by making skewers, which involved kneading halal mince and herbs into chipolata shapes and rolling them into about a kilo of salt. In the garden, we prepared sausages, chik’n wings and, yes, courgettes. It was a nice evening and over too quickly.

The end of my time in Germany was uneventful, apart from a couple of concerts that I managed to make it to.

The first was Gallows, in Köln. I’d wanted to see them for a while because of their reputation, and had a good time bouncing around to Last June and the unbelievably unpleasant Orchestra of Wolves. The second was more relaxed, but just as enjoyable in its way. The park that lay on the west bank of the Rhine had a beer garden that  put on open air concerts, and one weekend we made it to a Blues Brothers tribute band, which I felt seemed a bit twee after shouting “A! C! AB! Till last June it meant no-thing to me!” in a room full of hardcore punk fans.

In the beer garden, there were about seven men on the stage, and the two singers were in their late fifties or early sixties, and one was very short and bearded. The short one told us that he was Jake.

For copyright reasons, they didn’t actually play a single song from the film The Blues Brothers, apart from Rawhide. What they did play was a series of hits from the time slightly before my parents were born that I recognised but couldn’t have named, and did so with such enthusiasm that they managed to make a crowd of German forty-somethings dance around in the drizzle. There were quite a few jackets tied around waists and, yes, bumbags. One man at the front was on crutches, and was lifting himself around in rough circles, the smooth motion of the crutches giving him a certain rhythm. My personal favourite had to be pragmatist who left his cycle helmet on to dance.

In September my work placement was over, and sadly it was time to leave Bonn and Bad Godesberg behind. We celebrated my time in Bad Godesberg with a meal in a Pakistani restaurant so homely that when we finished they offered us seconds. A completely new challenge was to come- teaching English in a school in Vilaboa, Galicia. The school’s website was in Galician and I couldn’t even find Vilaboa on the Internet. That was it - the end of phase one.