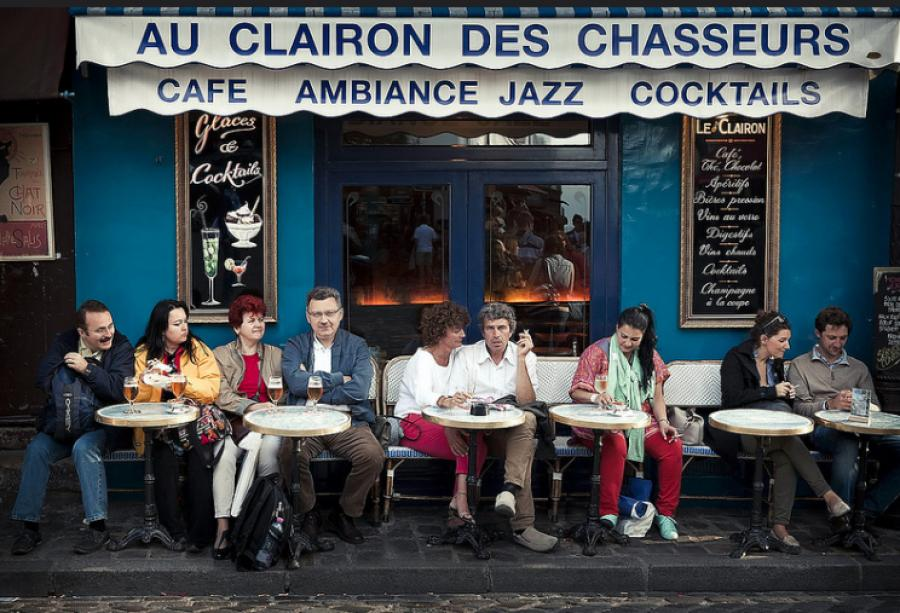 This article was written by Katarina Bickley, published on 11th September 2015 and has been read 10093 times.

There were moments on my year abroad where I felt proud to be British and despaired at the French and others where I just wished that Britain could be more like France! Here are some lessons the two cultures could learn from each other...

1. To be more polite
I feel like I should say sorry for saying that the French (/Parisians) don’t say sorry enough. Also, the word merci really doesn’t go amiss. Sorry, again.

2. To give announcements on trains
I often look back and think about all those happy memories on French trains where we’d be stuck for 15 minutes without being given any indication of what was going on.

3. That it’s ok to wear shorts when it’s hot!
Being from a country where the weather is predominantly dreadful, I relished any opportunity to go out in the sunshine. Unfortunately, I was met by looks of pure disgust from a number of Parisians. Not my fault that you decided to wear your black polo neck and black trousers when it’s 30 degrees…

4. To be more efficient
It does not take signing 15 sheets of paper to open a bank account, nor a letter to cancel a phone contract, no one needs two hours for lunch, and paying by cheque in supermarkets should be officially banned.

5. That you don’t have to go on strike all the time
The French love a good manifestation, and you can’t beat that great feeling when you arrive at the station for work to find that there are no trains. Nothing wrong with giving us a little heads up…

1. To dress well
If living in Paris teaches you one thing, it’s the importance of dressing well. It’s hard to spot an unfashionable person in France; unfortunately in Britain it’s often the other way around. The French are effortlessly classy and chic; meanwhile the British think it’s acceptable to go to the supermarket in their dressing gowns.

2. To care more about food
In Britain, it’s all about eating whatever, whenever, as long as we fill our stomachs up in some way (don’t tell that to the well-nourished French – they’d be horrified!). By and large, the only overweight people I saw in Paris were English tourists, so the French must be doing something right.

3. That wine goes with every meal
Why are we Brits so fixated on the idea that wine only has to be an occasional treat? Let’s start drinking wine with all our meals so that we can become more cultured.

4. To have more family time
Quality time with our nearest and dearest is often highly underestimated in Britain; weeks can pass by where my family and I are never all in the same room at once and it’s normal. The French love to have extensive family meals together, and spending time with your loved ones is what the weekends are all about. Aww.

5. To enjoy more time off
Yes, the French have a reputation for being lazy, but wouldn’t you just love to work a 35 hour week, take a whole month off work at once and enjoy endless bank holidays…?