Lessons learnt as an Erasmus student at The Sorbonne 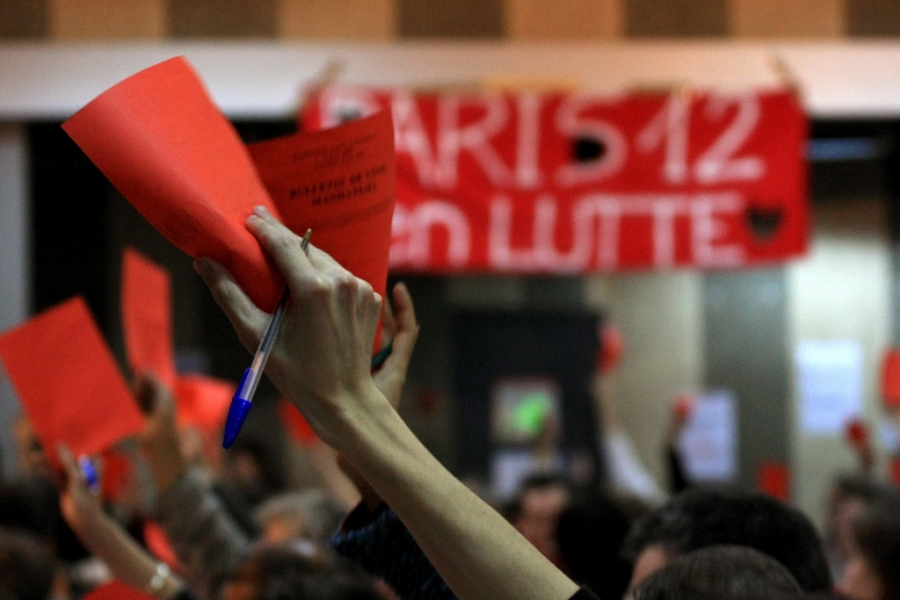 This article was written by Tania Li, published on 2nd January 2010 and has been read 15901 times.

Paris Study Abroad Erasmus+
So your tutor just announced that you're off to Paris next year and all you can think of is the Eiffel Tower, the Louvre, French cuties and the capital of amour. Felicitations. After all, if it was good enough for Sartre, Monet and Matisse, well why not you? Oh and did I mention the amazing food? Settle down with a petit noir and a flaky croissant and read on... Let me first introduce myself: Hi, I'm a survivor of Pah-Ree. Like anyone else in love with the myth, Paris was my first choice for my Erasmus year abroad back in 2007. I was enrolled at Paris I Pantheon-Sorbonne for the law programme and I expected it to be fun. Boy was I in for a surprise...!

1. The word "centralised" does not exist. And I'm not talking about buildings.

2. Your host coordinator vaguely knows what university you're from and what degree you're doing. When you (mistakenly) find out that you're not getting une equivalence, he kindly suggests that you enroll for the Masters degree instead.

3. The one who told you that you wouldn't be getting the bloody equivalence turns out to be the head honcho at the Maison Internationale.

4. After you've frantically emailed, called and visited the UFR, Maison Internationale, host coordinator, the coordinator in your home institution, the European Office three or four times each, you coordinator and European Office nearly simultaneously reply that there's been a mistake and that you will get the equivalence, in fact you're getting the proper licence en droit.....all the while *still* waiting for the local administration to figure out problematique. Don't forget the two parts and the two subparts, thank you.

6. Neither does objectivity exist. Chances are that you've got an 11 out of 20 but the teacher's failed all the students obtaining 10-12 so that only ze best will be promoted into the next academic year. When you complain at the head office, all you receive is a shrug and "Bien ici c'est une selection a la sortie, pas a l'entree".

7. You receive a letter stating that you're enrolled as a normal French national for the second semester and need this weirdly-acronymic number on whatever other acronymic document. You obviously don't have that number anyway because you're NO FRENCH NATIONAL!

8. The deadline for sending back that alien number was two days before the letter arrived at your term time address. Which leads us to...

9. The French cannot communicate in full sentences and expect you to know all their abbreviations.

10. One seminar leader might take the baba-cool approach while another might end up being a mini-Hitler and impose 1 dissertation and 1 commentaire d'arret as weekly homework. To be handwritten and double-spaced. Only in blue ink.

11. Getting a place in the lecture theatres is a constant battle to the death. At the end of the year, you've become an expert in pushing and elbowing your way around.

12. Even if you do get a place in the amphitheatre, there is a possibility that the seat lowers more than 90 degrees/is unhinged/is broken.

14. The toilets are latrine pits (at least in Centre Rene Cassin) that would put to shame those in the most remote villages in Africa...if they still exist!

15. Soap is a luxury that runs out after October and is never replaced.

16. If you can't afford skiing during winter holidays, ski(dding) on the floors of the royal toilets is still an option.

17. Professors might be experts in their respective fields but are the crappiest lecturers alive. Pedagogie, anyone?

18. Professors have no idea that students might not be French or francophone. The mere idea of an international non-EU student in France baffles them.

19. "Era-quoi?" "Erasmus you imbecile!" - incoming Erasmus students are an unknown concept to them too. Welcome to the European Union.

20. However they *do* know about the bi-licence anglo-francophone. Just another fancy word for outgoing Erasmus English and French law students.

21. You, a legitimate student at Paris I, need an authorisation from La Presidence to take pictures. Apparently the bermuda-clad flipflop-wearing American tourists don't.

23. When you arrive in the exam hall, the invigilator snaps that there are no exam papers placed on the little balcony in the Amphi 4 but the index numbers cease to....exist at one point and you're sure that your number and hence the exam paper *must* be on the balcony area.

24. When you venture in the aforementioned place, you triumphantly discover that your index number - along with about 20 others - *is* there. And you hear the invigilator's "Ah les Erasmus et leurs problemes". Asshole.

25. The two-line paragraph in your notes might end up bearing the same marks as the 20-page chapter in the final exam.

26. That same two-line paragraph might actually end up being the only subject of the final exam. Or better yet, the subject of final exam might not be anywhere in your notes or books.

28. And that's to say IF compulsory textbooks and further reading lists exist! It's up to you most of the time to find out what book you'd like to purchase.

29. Mock exams are 8-10pm on weekdays or on Saturday mornings. Those very mock exams tend to start at 8.30pm but hey, security needs to close up for the night so your supposedly 2-hour mock turns out to be a 1h30 exam. And correctors aren't lenient.

30. "Ah la fac en France, c'est un mythe!" Well we can surely see that it's a myth yeah, given the priceless look on their faces when *gasp* you tell them about the wonderful non-Continental universities you're from.

Did someone say Paris I Pantheon-Sorbonne, world-class institution, synonymous to the Oxbridge of England and the American Ivy League unis? Bienvenue and don't step in the merde.  Scared? Well, don't be. Here are a few survival tips!