Learning to love your own company abroad 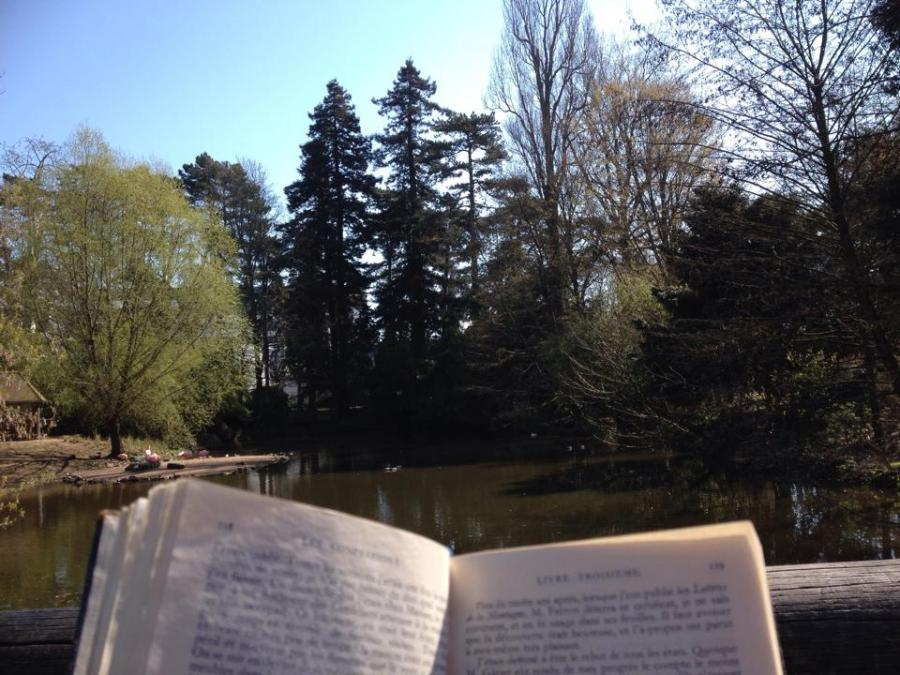 This article was written by Jessica Allen, published on 30th April 2015 and has been read 4254 times.

Jess is studying French and German at Oxford. She is spending most of her year studying in Germany (in Trier), but last summer did an internship in France (at the Chateau de Montaigne) and is currently doing another two month internship over the Easter Vacation. Here's her advice on learning to enjoy all that quality me time!

A couple of months ago I saw the film La Famille Bélier, which has been a huge hit in France:

It’s a fantastic coming of age story which follows the story of Paula, a 16-year old girl who has spent her whole childhood supporting her deaf family and running the family business. She discovers her talent for singing and eventually wins a prestigious scholarship to train in Paris, but this story is sadly somewhat spoilt by the inclusion of a bland boyfriend. This boy lacks drive and ambition and also, crucially, the ability to be kind and loyal to Paula in the early stages of the film. The end credits are accompanied by a selection of photos of the two of them in Paris, but it’s her story, not their story; in fact his presence adds nothing to the story. This reinforces the commonly held belief it’s impossible to be happy without a partner and prompted me to dedicate a section of my year abroad scrapbook to my Selfie Project. The Selfie Project began life as a joke between me and a couple of friends, however it quickly took on new meaning when I realised that the photos of me enjoying some time alone were representative of one of the most important things you could learn on your year abroad and in life in general: that you should feel comfortable alone and that sometimes this is preferable to being with others. 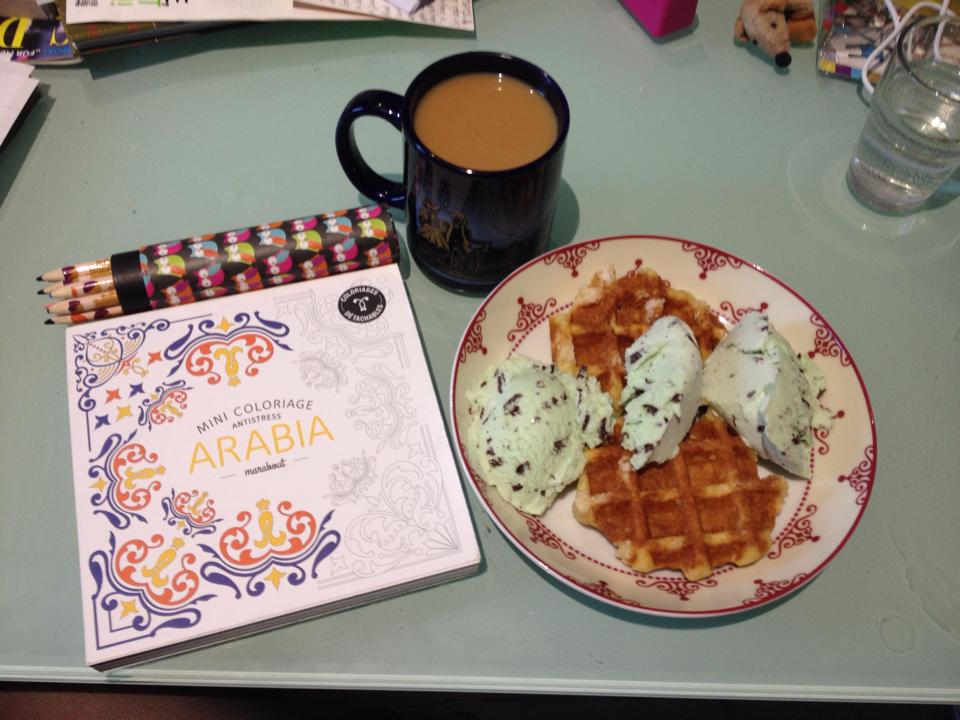 As a dual linguist, I’ve moved around a lot: by the end of the year I’ll have lived in three different places in France, as well as having spent two university semesters in Germany. I quickly became used to the constant upheaval and ended up making good friends in each place, although it’s understandable to worry about this and to feel unsettled at first. The main purpose of your year is obviously to improve your language skills and immerse yourself in the local culture, so it makes sense to meet as many people as possible to help facilitate this. However, don’t panic if you don’t instantly make a huge group of friends or meet the love of your life. I’ve found that I’ve learnt so much through studying, working, yoga classes, language exchanges, volunteering, cultural events, travelling, reading, and watching the world around me. If you go out and look for it, you’ll always find someone or something which can help you improve.

Don’t worry if you end up alone on a frequent basis in spite of constantly making an effort to fill your diary, this is only to be expected when you move so far away. Luckily I’ve always enjoyed my own company, but I know that not everyone is this way inclined, so here are some tips for embracing this state and making the most of the periods of solitude. 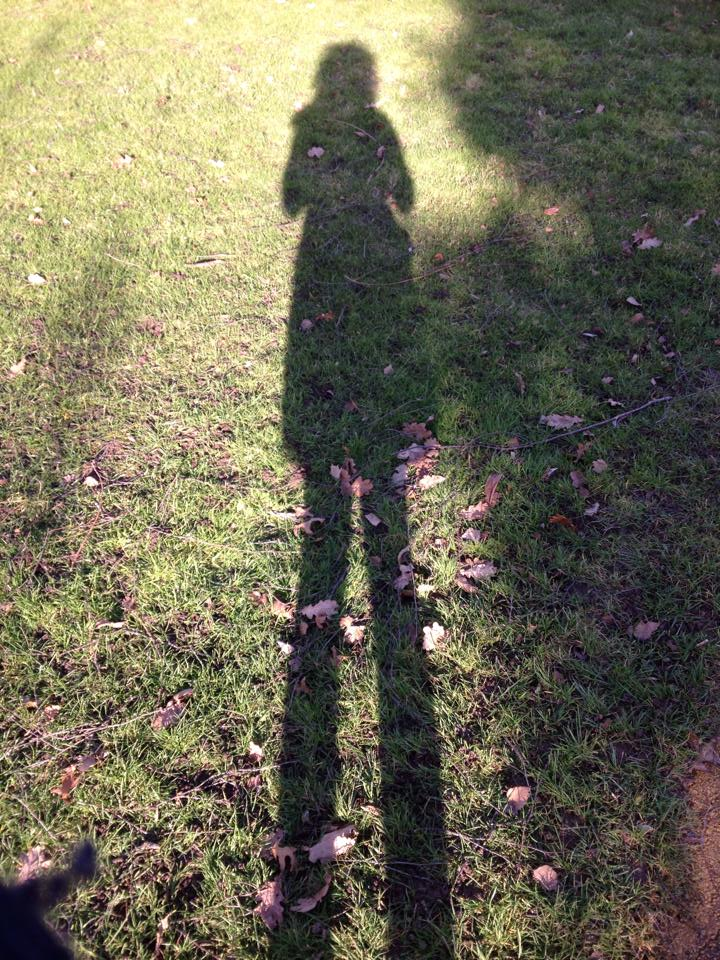 Don't be scared of your own shadow!

1. You can do, see, and eat whatever you want.
You can’t find anyone else who wants to see that obscure horror film, or visit Luther’s hometown? Well don’t let it stop you, go alone and you might even meet someone who shares your passion. Going alone is far better than not going at all, and other people probably won’t even notice. Even if they do, you’ll probably never see them again and they’re most likely secretly wishing they had the courage to go it alone too. I’ve been all over Luxembourg, the Dordogne, and the Loire Valley by myself and wouldn’t have had it any other way.

2. You notice more.
Go for a solo skate at the ice rink and you’re far more likely to overhear snippets of conversation and useful vocabulary, and to glean tips from other skaters. When travelling, you’re also more likely to spot quirky shops, cafés, and galleries than if you were in a group. 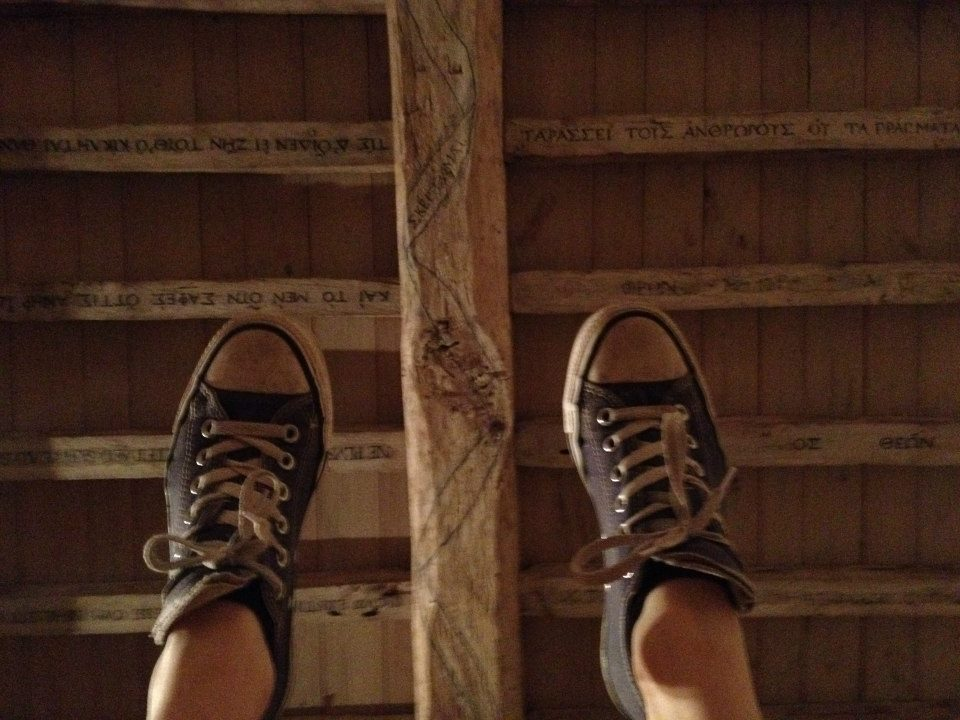 Solitude and peace in Montaigne's study

3. You can develop your own interests.
Instead of sitting staring at Facebook during your downtime, you can paint, read, cook, write, or try out a new sport or class – the world really is your oyster.

4. Learn to appreciate yourself
It sounds clichéd, but spending time alone means that you have to actively engage in finding yourself, appreciating this self, and learning to love this self. It’s exciting.

5. There will be lonely times.
I would be lying if I said there weren’t. You’re in an unfamiliar place, lack an obvious support network, and a simple task such as booking a doctor’s appointment can be enough to reduce you to tears when your laptop’s broken, you keep getting lost, and your German bank account still isn’t open. But you will get through this. As Kafka rightly said, your friends (and family) are like stars, always there, even if you can’t see them. Think about this and you’ll feel stronger, remember all the great things about you, and then be able to tackle these hurdles alone. It might seem as though your fellow year abroaders have got a huge new group of friends… it’s highly likely that they’ve latched on to the first group of people they could find, probably English-speaking, to avoid being alone. They may look like they’re having the time of their life on Facebook, but in reality, they could be feeling empty and lonely. Once you’re happy with your own company and situation (there’s always something to be happy about, be it a letter from home, a presentation that went well, or the beautiful view from your window), exciting, fulfilling new friendships will follow, which you’ll be able to appreciate more.

Never forget that you’re the lead role in your own story, so your year abroad is first and foremost for you and can be anything that you want it to be. 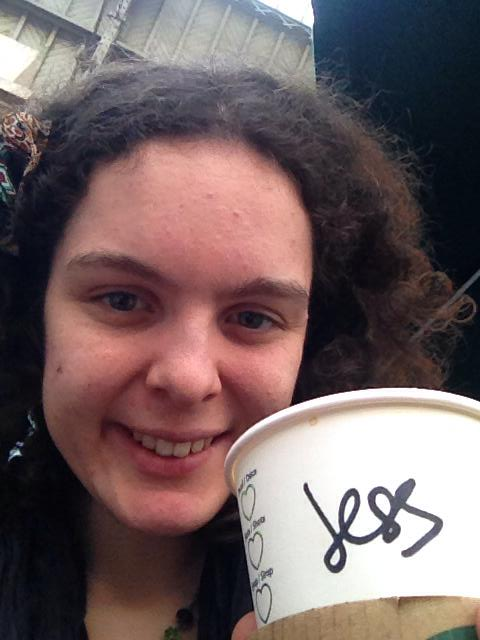 Your year abroad is for you

I'm feeling really lonely in my gap year I don't know what to do?

If you can convince your parents (from experience I can tell you this is not so easy!) then I would definitely recommend going abroad. The world really is so small, and in the majority of places you g...