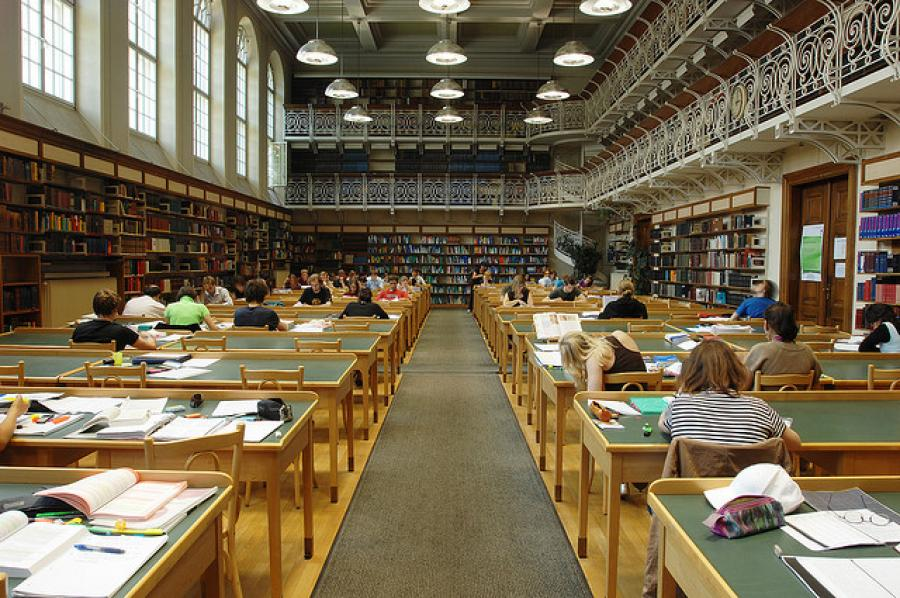 This article was written by Amelia Riley, published on 1st August 2014 and has been read 4578 times.

French Spanish Language Assistant Ab Initio UCLan
Amelia Riley has just finished her second year studying Modern Languages (French and Spanish) at the University of Central Lancashire. In September, she will embark on her year abroad, spending eight months in Spain as an English Language Assistant for the British Council, followed by four months in France.

Why did you take up a language ab initio?

I haven’t actually spoken Spanish for that long. I spent 8 years studying French and German at school up to A-level.

Yes, you read that right, 8 years.

I unfortunately learnt the hard way and ended up having to resit a year. When it came to applying to University, I automatically opted to study French and German. However, I had always really wanted to study Spanish. Unfortunately, it wasn’t offered as an option at my school - so French and German it was. That was until I spoke to my UCAS tutor, who explained the idea of ab initio languages to me. Not only did I discover that I could study a variety of languages from scratch with no prior knowledge, but also that the ability to speak Spanish would benefit me in the future as it is one of the most widely taught languages in schools. The ability to teach three languages would put me in good stead for my future career as a teacher.

How have you found the university teaching?

I won’t lie, at first I was terrified - not only at the thought of picking up a new language from scratch, but also studying it at University level. As the first person in my family to go to University I had no idea what to expect, and naturally thought I would be the worst in my class. After a couple of weeks I found out that actually it wasn’t that bad! The Spanish intake for my year group was split into two groups – ab initio and post A level, and actually many people in my group had never learnt Spanish before themselves. I think the fact that we were all in the same boat, learning a new language for the first time, is the reason we have bonded so well as a group. The class sizes are kept small, and you are taught everything from the very beginning.

As someone who has also studied French, I found the Spanish grammar and some of the vocabulary fairly easy to pick up as it is very similar. However, learning a new language from scratch did require a great deal of commitment as you have to keep at it. If you keep going with it, you get there eventually.

How are you feeling about the year abroad?

On one hand, I’m really looking forward to my year abroad. A break from University to try my hand at a possible career for the future, working 12 hours a week, and spending the rest of my time basking in the sun and travelling. On the other hand, deep down, I am secretly petrified. I am spending eight months in a country where I have only been learning the language for 18 months. I also panicked even more when I was told I had been placed in a rural area of Spain with the nearest big city being an hour away (I’m not a fan of the countryside). After several hours of moaning to different people, I actually realised that the placement I had been given could only work in my favour, as it would force me to use the language on a daily basis. I intend to throw myself completely into it, embrace the Spanish culture, and take up any opportunity to try something new.

My advice to anybody considering picking up a language ab initio, don’t worry about it, just go for it. It can only benefit you in the future, and the experiences you will gain along the way will stay with you for life. Let’s be honest - if I can do it anyone can!