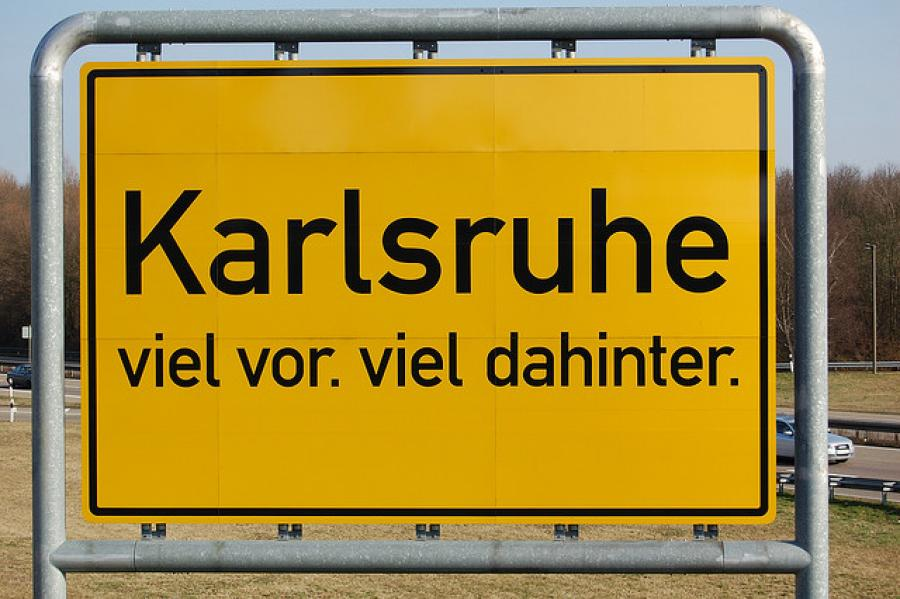 This article was written by Claire Woolly, published on 24th August 2011 and has been read 24150 times.

Teach abroad Travel Journal
Trying to gather my ideas and get sorted for my time spent as a teaching assistant in Karlsruhe, South-West Germany. Even in writing that, there’s heavy irony; I should probably be investing time spent blogging in sending off yet another form, ringing student finance or e-mailing a German student with regard to accommodation & flat-sharing.

My YA does not officially start ‘til October, (the perceptive amongst you will have noticed the slight emphasis on the word officially). In the meantime a ‘relaxing’ summer earning a bit of dosh to support said year abroad is being sporadically interrupted by the need to:

Send off some form or another to somewhere or another, to confirm that I am indeed going to Germany & will indeed be arriving at Fichte-Gymnasium Karlsruhe to open German student’s eyes to the many delights of the English language. Er, ‘innit’. E-mail people, trying to convince them that I’m actually not an axe murderer, then proceed to persuade them to let me flat share for a year in what is known in Germany as a ‘WG’ (‘Wohngemeinschaft’, which quite literally translates to ‘living community’ in English).

Both of which have been tedious, if not a little stressful.

In truth, where house-hunting is concerned, ‘a little stressful’ constitutes a massive understatement.  There have been various moments, interspersed throughout the summer, where I was convinced that a cardboard-box was going to be the only way forward.  I pictured myself under some bridge, with a bed of old newspaper & a greasy carton containing the staple Curry-Wuerst & Pommes.  From my dark vantage point, I’d throw melancholy gazes up at the moon, my only company, mourning the loss of a warm bed & good friends, (obviously as two separate entities..).  I’d return from my year abroad, as one of those amazing & outstanding people, constantly seeing the good in life & never moaning about an early seminar, or noisy neighbours.

Pfft, fat chance. I am of course being [overly] dramatic.  But I have honestly been a bit worried about living arrangements.  Currently I’m waiting to confirm with one girl whether a weekend in September is ok to visit & still have nothing booked.  This would seem to signify some expensive last min plane booking, not that spontaneity is ever a bad thing (!). In certain circumstances, the only option is to chill out.  As my eldest brother, (font for all extreme wisdom) philosophically states: ‘what will be will be, if it’s meant to work out it probably will..que sera sera..’ & so on and so forth.  So I guess I’ll take him up on that if it doesn’t go to plan.  From that point of view, YA is teaching me stuff already and it hasn’t, as I highlighted earlier, officially begun.

I do at least know now where I’ll be. I’ve even gone to some vain effort to make vague plans as to what I’ll do when not helping students to improve their English, (I say improve, as I have no doubt that they’ll already be fairly/very adept at it). My plans run as follows:

Gate-crash Karlsruhe Uni. I will infiltrate at some point, mainly because I can be assured of hanging out with people my own age, though living with students in a WG will help too, & is arguably the more respected and dignified option to barging into the Uni pub/library… If indeed that’s even possible?   Speak German, all the time. Germans, I know love speaking English, if this happens deny all Englishness. I’m not going to Germany to talk English for a year. Pursuit of good German cheese. Probably futile, but nonetheless.  A German guy I’m working with remains convinced that there is good cheese in Germany. Though perhaps, it is of French origin, which doesn’t actually count.  I’d argue there are good sausages in England, he’d probably laugh. Go to church.  Without fail churches are always welcoming, sure it will be the same in Germany too! !!TRAVEL!! To other cities in Germany. Watch Fortuna Duesseldorf play again. However, this time avoid getting accidentally sozzled on a massive cup of ‘Altbier’. (The aforementioned occurred during a two week excursion back in 2009, I was yelling and cheering so much that I drained a great cup of beer, failing to acknowledge the considerable alcohol content. At 12 in the afternoon. Luckily I was accompanied by a German-experienced-football-match-goer, who in between laughing, managed to sort me out with food (Curry-Wuerst and Pommes) overlooking the Rhine. Consequently the giggling, embarrassing ‘drunkard’ was revived somewhat. First time I ever pushed the boundaries of tipsy, certainly at that time of day anyway). Take up hobbies that involve lots of interaction & speaking. I’ll wait and see what is available when I’m out there . Read at least 20; no make that 30 German novels. If I’m travelling a lot I’ll need something to keep me occupied & I definitely should progress on from ‘Mein Hund Mingo’ (‘My dog Mingo’), aimed at 5 year olds. What can I say; it was truly a gripping read.  Buy the newspaper each day. Read it, don’t just eat the chocolate. Oh hang on, that’s just the student offer at my Uni. I must drop my impoverished student act and deal with paying full price. Ouch.

10.  Radio, TV & so on. Going for the total immersion method to language learning.

And that’s all I can do. Plan.  Oh and Plan a bit more.  And book a plane.  And get travel insurance.  Oh gosh, I’ve no doubt I’ll suddenly find myself on a plane to Germany with a one way ticket much sooner than I think.

By the way, I’ll fill you in over the year on how many of my aims I successfully manage. In the meantime, I should probably be drafting up a lesson plan.. Erm help?!

What are my options with regards to Mobile Phones when I go to Spain?

I was on 3 UK and I got them to unlock my iPhone before I went so that I would be able to choose any tariff when I went to Spain and Italy. So I took my British iPhone with me (unlocked) and I chose t...

by Ben Brunton
Living and working in France