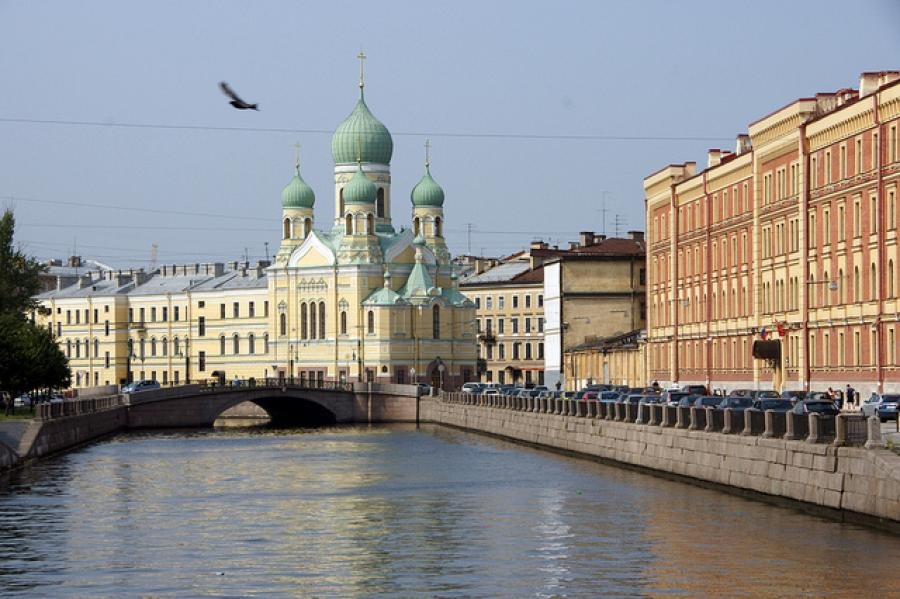 This article was written by Katie Davies, published on 7th August 2014 and has been read 4523 times.

So if there’s one thing you need to know, it’s that yes, ab initio languages are hard work. But it’s not all blood, sweat and participles. It’s a challenge; it’s exciting, it’s seeing a whole new part of the world open up to you like you never thought it would.

When I decided to ditch French after eight years of hard work so that I could pick up Russian, my family were not full of confidence. But why give up French now, my parents constantly asked. My nan began to contemplate the possible Cold War scenarios. I acted confident, but madly panicked about whether I had done the right thing. In fact, I was still panicking until about half way through my year abroad, until I realised that not even life in provincial Russia had managed to kill me off.

Starting a new language is a big jump, but there are upsides. It’s a fresh start. There’s that pure language junkie buzz that comes when you break the spine of your brand new text book and breathe in the smell of fresh vocab.

But if you’re thinking about picking up a new language, then let’s be honest: at some point, the going gets tough and you have to start pushing yourself. After a few months or more, when you’re stuck in a deep swamp of new grammar rules and irregular spellings, you begin to get nostalgic for the days when you could form a full sentence without breaking a sweat.

It’s hard work because even intense daily classes won’t compensate for years of gradual, natural vocab building - and turning up to those classes every day in the first place can become a bit of strain when you’re enjoying uni life. The hard truth: people who do really well tend to do the extra work of sitting and learning vocab lists.

Your year abroad will probably be more difficult for you than for most of your friends, but you’ll get a lot more out of it. It was the best year of my life, but it was also a year of battling through conversations with the man at the train station, the woman at the supermarket till or anyone else you need to talk to in your day-to-day life. You’ll have to work that bit harder than everyone else to put yourself out there and make friends – and it’s more intimidating because you don’t have that ‘language safety net.’

If you’ve read all that and are feeling nervous- that’s probably pretty normal. Full immersion is tough, but it works. When, as a fresher seeing the Russian alphabet for the first time, I was told that we would be merged with the post A-level students for fourth year, I couldn’t believe it would ever happen - but it did. Some of the ab initio students even did better than their post A-level counterparts. At the end of the day, ab initio languages are difficult – but if you can and will work hard, it’s worth every late night and tear-stained grammar book.

Is it worth it?

When I graduated, I shook the vice-chancellor’s hand, threw my mortarboard in the air, and knew I had made the perfect choice for me. When I walk in with a CV which says 'Russian speaker', people notice. It’s a conversation starter, even if most of those conversations start with ‘why would you learn such a crazy language?’ Even if you’re not applying for language-based work, people know that you’re not afraid of a challenge.

But it’s not all number crunching and career hunting: I was able to discover a whole new region and culture which I knew nothing about. Living in Russia for a year truly was like nothing else.

There’s only one thing I regret, and that’s that my parents were right all along- a lot of the work I put into my French went. The saying is true: if you don’t use it, you lose it. But if my year abroad was the turning point for my Russian, it was a nail in the coffin for my French. Don’t get me wrong, I can still read and understand French as I did before, but when I open my mouth, the words aren’t there. I need to think about every single one of them to make sure it’s the right language and not some weird French-Russian hybrid. Would living in France for a while solve the problem? Probably. But if you have dreams of being able to balance lots of different things while taking an ab initio language, think again. Ab Initio is all about immersion, and you need to be able to commit to get the most out of it.

If you are considering an ab initio language, then think about it carefully. Be honest with yourself about what you want to get out of it. But if you think you’re up to a challenge - then never be scared of taking the plunge.