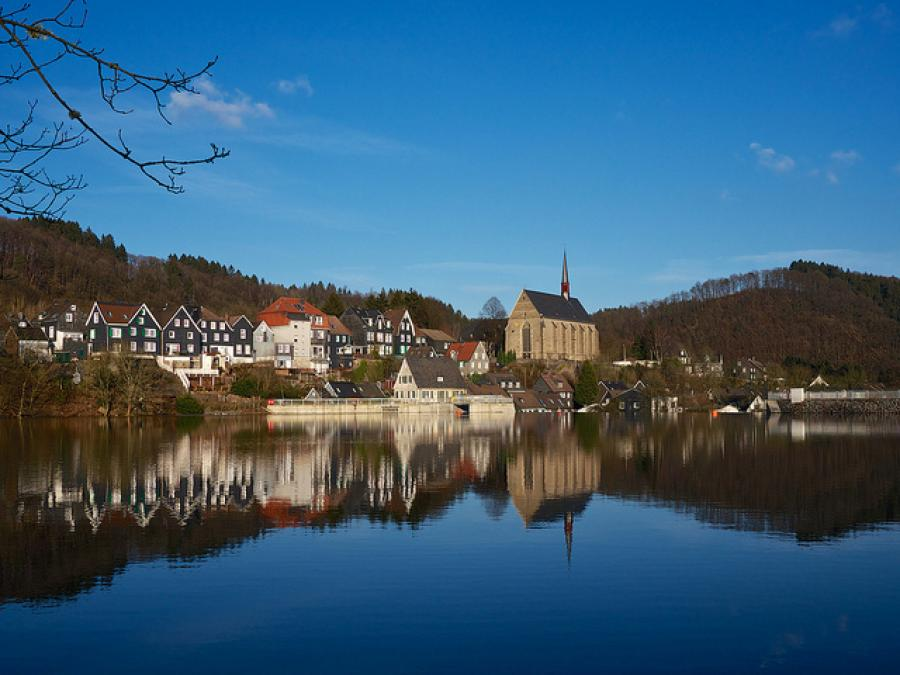 This article was written by Lauren Dumper, published on 1st August 2014 and has been read 4624 times.

Cologne German Nottingham Uni Antibes Ab Initio Germany
Lauren Dumper is a student of French and German at the University of Nottingham, having picked up German ab initio in her first year. She is currently coming to the end of her year abroad, where she has been working as a language assistant in Wuppertal, just north of Cologne, and is now working in Antibes, in the south of France.

How did your year abroad differ from that of your peers?

Having only studied German ab initio, I personally didn’t feel confident enough in my language skills to throw myself into a German office environment. I therefore felt that the British Council assistantship would be a better option, as there was less pressure on speaking German constantly. This was also beneficial because it meant that I would be spending the majority of my year abroad in Germany (and only 3 months in France) so I could really focus on improving.

How was your experience in Germany?

Many of my friends in Germany were, in fact, other language assistants, most of whom had been learning German for 7 or 8 years. What I noticed when comparing myself to them was although my vocabulary was (severely, in places!) lacking, my grammar was actually fairly competent, having been drilled in nothing else for the previous 2 years. It even got to the point where I could notice when the German children were making grammatical mistakes in their own language! I felt that this gave me a solid foundation in the language and as all language students know, the vocabulary is just something you have to pick up over time!

What were your main linguistic difficulties?

I noticed straightaway that my vocabulary was not up to scratch and most of my communication problems stemmed from this, as there were many incidences where basic words just weren’t there. This had various results - either a kind of funny mime game (for example, having to ask for a fork in a restaurant), or embarrassment on my behalf ( I didn’t know the word for ‘congratulations’ when my mentor told me she was pregnant, so just resorted to saying ‘oh ja, gut!’). It goes without saying, you never forget these words again.

How did your language skills improve?

Even within the first one or two weeks, I realised that my listening skills were quickly improving. By the end of my first month, I noticed I could almost always follow conversations, even though I could not necessarily actively participate. This is a great skill, which sets you up for life in many ways but also solidified my grammar knowledge in a working environment, as well as giving me the chance to pick up the much-needed vocabulary.

What advice would you give to other students learning a language ab initio?

The key thing to remember (and I wish I’d seen it like this from the start) is that it is okay to make mistakes. I often found that I was concentrating so hard on getting my grammar correct and using the right words, that conversation was stilted and uncomfortable. You just have to let go of this and not mind about making mistakes – you will still be understood, even if your verb is in the wrong position or you’ve used ‘dem’ instead of ‘den’! In my experience, everyone I came across was very encouraging and incredibly patient as I stuttered out my short sentences. No one is out to get you.

If you are worried about doing a year abroad as an ab initio, I can assure you it really is possible. You just need to find a job to suit you, be prepared to do a lot of listening at first and learn to be confident enough to make mistakes – you will notice improvements in yourself before you know it!