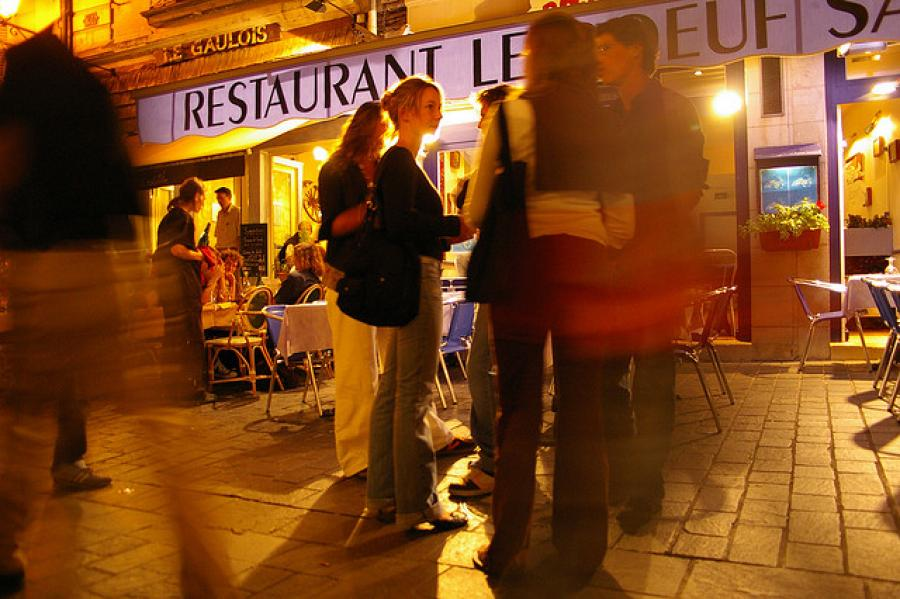 This article was written by Katie Spicer, published on 6th August 2014 and has been read 4761 times.

Why did you decide to take up French at university?

I knew I wanted to study Spanish at degree level but was unsure what I wanted to pair it with and after changing my mind lots (and lots!) I settled on French. Before university, I had a very basic knowledge of French and just two years down the line I'm about to move to France for a year! Choosing to learn another language from scratch is the best decision I think I could have made.

I began learning Spanish at the start of secondary school and have had plenty of time to learn to learn all of the vocabulary and grammar. When I started French ab initio at university, the pace was completely different. We covered enough to be able to mix our beginners class with the French advanced class at the start of the second year. We were expected to always try to speak in French from day one and this was so helpful. It didn't all come easily; I can remember bring frustrated when I forgot really simple words (including the word for 'black' in my first year oral exam!) and often saying muddled half Spanish/half French sentences, but if you keep trying to learn little and often you'll be surprised at how well it pays off. I have an app on my phone that lets me create mini vocabulary tests and it's so helpful if you have a spare five minutes on a bus or in between lectures.

How has your experience abroad been so far?

As a student studying both an ab initio language and a post A-level language, I had to decide how best to split up my year abroad. Eventually I decided to spend the entire academic year as a British Council language assistant in France in order to try to pull my French up to the same level as my Spanish and to spend both summers alternating between Spanish and French speaking countries to keep both languages fresh. I've spent a month studying French in Montréal, Canada and I'm now in Galicia, Spain working as an au pair.

My time in Montréal has been amazing and great for my French - I was surprised at just how many things are written only in French, meaning my comprehension has improved so much. Also, pretty much everyone is bilingual which means you do have the opportunity to speak in English if you get stuck but you feel so much better for speaking only in French knowing you could have ordered your coffee or asked for directions in English and didn't! If you're planning on visiting Canada in your year abroad I recommend that you try poutine (cheesy chips in a thick gravy) and try and find a local coach company that offers weekend trips to other cities - from Montréal I've managed to visit Toronto, the Niagara Falls, Québec and New York City!

How are you feeling about the year abroad?

I'll be working as a primary school teacher as a British Council assistant in Tours, France and can't wait to get started! The year abroad always seemed like a brilliant opportunity and if it were only optional I think I would have taken it anyway. However, the closer and closer it got the scarier it became, and the fear was only made worse by plenty of meetings, paperwork and waiting on confirmation emails! Saying this, my month in Canada has really relaxed me and I can't wait to move to France now - all my pre-year abroad fears are turning into pre-year abroad impatience. Obviously I'm still a little nervous that people won't understand me or that I'll get really lost somewhere new but I think these fears are completely natural and are outweighed by excitement!

Absolutely! If I hadn't learned French I would have missed out on so much and learning another language is going to open so many doors for me. I'm not 100% sure what I want to do in the future yet but it's between translating, working as a European languages teacher or working for the EU in some way and learning French will help hugely with all of these. If you're considering taking a language ab initio at university, go for it! You've got nothing to lose and a world of travelling, amazing food, new cultures and learning to gain.

by Elizabeth Gibson
Living and working in France