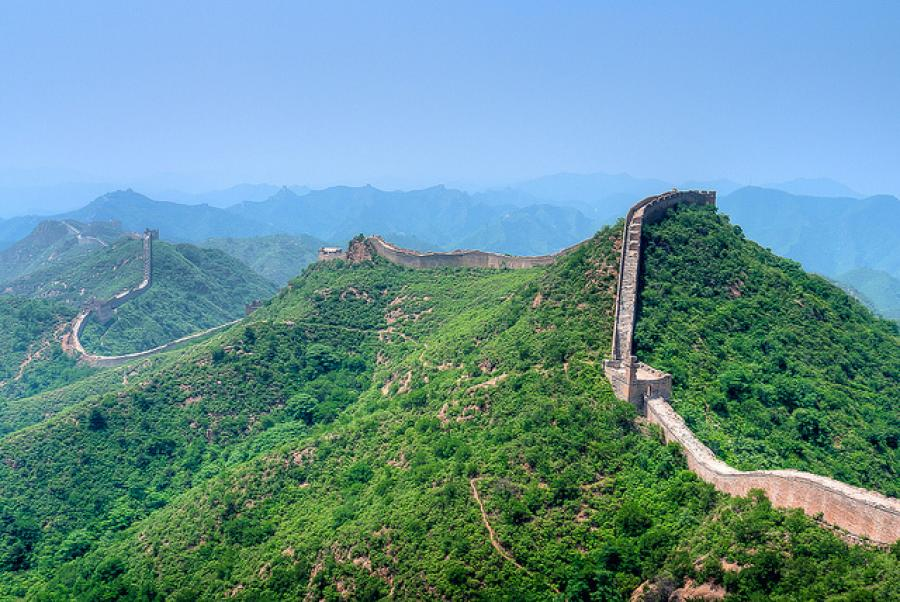 This article was written by Cleome Dakin, published on 1st August 2014 and has been read 4793 times.

China Chinese Nottingham Uni Ab Initio
Cleome Dakin did French and Chinese studies at the University of Nottingham and graduated in 2012. She studied French to A-level and chose to learn Mandarin at university from scratch. She currently works as an Exchange and Mobility Assistant at the University of Southampton, looking after exchange and study abroad students. Here we interview Cleome about the reasons and benefits of learning Chinese ab initio at university...

Why did you decide to learn Chinese?

I’m not really sure how I ended up studying Mandarin Chinese at University. Looking back on it now, there were very few people (my parents being two of them) who thought my crazy idea was also a good one. The words of my head of Sixth Form ring in my ears to this day; “It’s very risky. I’ve heard Mandarin is a really hard language to learn, so I don’t think applying for it is a good idea”.

Ignoring this advice was one of the best things I’ve ever done.

That crazy idea entered my head at age 16 after I made a fairly random purchase of Peter Hessler’s Oracle Bones. Shortly after speed-reading Hessler’s book, I persuaded my mum to sign me up to a school trip to Beijing and Xi’an. Not everyone will have been as lucky as I was to be able to go to China on a trip like that, but I was so grateful for the opportunity. It opened my eyes to the world beyond the UK and Europe, and what an amazing place it was! My determination to consume everything Chinese culture had to offer led to me completely changing my UCAS application and select exclusively French and Chinese joint honours courses.

How did you choose your course?

When I was making my UCAS choices, I was careful to select Universities that offered the right mix of cultural studies and language learning. Although I loved French, and now Chinese, grammar and syntax were not my forte - I never saw myself working as a translator, interpreter etc. I found the course at the University of Nottingham was the best fit for my interest and ambitions and confirmed myself to start in September 2008.

How did you find the teaching at University?

In the first few months of the course, our class was told, “You’ll either sink or swim!” - How true this was. Mandarin is a demanding language and one that needs you to forget all preconceptions about how you think a language works. Verbs aren’t conjugated, sentence structure is different and you have to learn a completely unique way of writing words. This doesn’t even begin to touch the cultural forces that change the way Chinese people express themselves using their language. A couple of classmates dropped out in the early stages because the course and the language weren’t exactly what they were expecting. To be honest, I found that the more work you put in, the easier everything was! I did fairly well in my second year because I did all the homework and more. It’s common sense, really, but at the time it was a revelation to me.

We were broken in gently; first learning phonetics, then basic character writing. By the end of year 2 our level was around that of GCSE standard, perhaps a little higher. About half of the students in my class were from ‘traditional’ language-learning backgrounds, studying joint honours in French, Spanish, German, Russian and others. The other half were from courses such as Social Sciences, Politics, Mathematics, Management, Business and many more! All of us, apart from a handful, were learning Chinese from scratch.

Did you visit China as part of your course?

Nottingham’s course structures and its ability to send a wide range of students to its overseas campus in Ningbo meant that the majority of students studying Chinese had the opportunity to go and study in China. As a joint honours student I was able to study in China for one semester and France for another as part of my third year abroad. Whilst there were some downsides to this, like not being able to spend a full year mastering a language, the opportunity to experience and compare two cultures in such a short time was completely invaluable. I can’t tell you what a buzz it was to be able to speak to taxi drivers, waiting staff, teachers and peers in Chinese and be understood! What I found more unbelievable was that I had managed to make it to that point after just two years of study. Having this experience in the first part of my year abroad also affected the second part, in France where I had a boosted sense of self-confidence. Once I’d managed a difficult situation in Mandarin where I had only a basic proficiency, understanding a lecture in French seemed a doddle!

What differences did you notice between studying a language from A-level and studying one ab initio?

I can’t take credit for doing something really risky as I was already interested in languages before I started University. However, I have to say that in my experience the type of student studying Chinese was very different from those studying French. Typically those studying Chinese had not done previous study of the language and as a result came from various academic backgrounds, unlike those studying French who had already studied for seven years at school. The fact that such a wide range of students could study Chinese was mainly thanks to Nottingham’s flexible course structures.

One of my best friends is a prime example of this ‘unusual’ student who took advantage of the opportunity to pick up Chinese from scratch. She studied Politics and International Relations and spent one semester in Ningbo at the same time as me. In the years since graduation she has lived in Canada, London, Shanghai and now Singapore! There are many others in our cohort that have had similar globe-trotting professional experiences after graduation, and I challenge you to find a better advertisement for why you should study abroad, no matter what you’re studying.

What did you gain from taking up a language ab initio?

Ultimately, studying French and Chinese left me with far more than just language skills. My year abroad completely transformed me as a person. Before I left for China, I was probably what you’d describe as a wet blanket; I wasn’t particularly quiet or reserved, but I had very little self-confidence, anxiety issues and was a bit of a doormat. By facing my fears and immersing myself in two cultures I truly loved (though I found travelling quite scary) I was able to mature, consider my own ambitions and feelings and become, I hope, a better person at the end.

That’s why today I am working for the University of Southampton, promoting study abroad opportunities to students from across the academic spectrum. When I was 17 I took the plunge and did something some of my seniors thought was a silly idea. That silly idea ended up being the best thing I ever did.

Now I want to help other students have the chance to pursue their ambitions and study or work abroad if that’s what they want to do. My enthusiasm for study abroad and language learning is reinforced by seeing friends who learned Mandarin from scratch go on to thrive both personally and professionally. There is no greater proof that University is the perfect time to try something new! So my advice to you is this: research, plan, think and do. Research your options, plan the ‘who, what, where, why, when’, think about what you want to do with your life and then do it! Life is too short to limit yourself to other people’s expectations of what you should achieve. So, if you want to learn a language or study abroad, do it! I promise you’ll never regret it.

Cleome's top five tips for getting the most out of Uni, whatever your course!

1. Find out when you can possibly study abroad as part of your degree
Studying or working abroad isn’t the right option for everyone, but knowing you have the choice is better than regretting not doing it years later! If there are opportunities for your course then there will be friendly study abroad adviser to help you discuss and plan your idea. There are so many Universities in Europe and beyond that teach in English, so very often there’s not a requirement to know a language to study abroad.

2. Do a language ‘taster’ course
Try a new language, either as a credited part of your course or as an evening class outside of Uni. By doing this you can test out how much you like the language and if it's worth continuing with. Even if you don’t pursue it, it still looks great on your CV!

3. Join your exchange student society
Even if you don’t study abroad, making friends with exchange students will be one of the best things you ever do. Students often talk about the ‘magic’ surrounding their friendships when they study abroad and I can only put it down to their enthusiasm to get the most out of their experience. Typically all visiting exchange students love their host Uni, their home country and are really keen to make friends. You could end up exploring parts of the UK you never knew existed or even learning a whole new language.

4. Intern or Volunteer Abroad
Most Universities have student societies and careers departments that help students find short-term opportunities to work or volunteer abroad. This is especially helpful for students who can’t study abroad as part of their degree. It will help you have the travelling experience whilst also giving you lots to put on your CV.

5. Be inquisitive and say ‘yes’!
This is my fluffiest piece of advice, but people often miss out on things because they say ‘no’ to things they don’t understand. So many opportunities are presented to you at University and you should try and grab as many as you can – I can tell you those four years fly by! Don’t worry about your grades too much and find the balance between academic success and personal happiness.