Languages and dialects in France 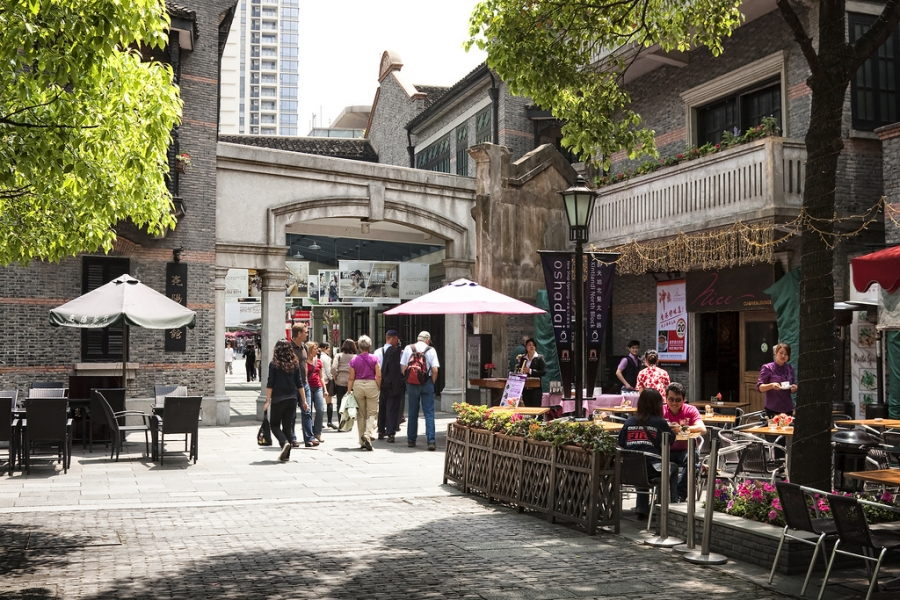 The French Concession by IceNineJon

This article was written by Alicia Rubiales, published on 13th June 2010 and has been read 56066 times.

France French Languages
More than 130 million people speak French as their native language, and most of those are based in France. When travelling (and living) in France, you should also bear in mind that it is rich in minority languages and dialects as well. During the French Revolution, the French language was favoured over the different regional languages. The revolutionaries thought that the monarchists preferred regional languages because they “kept the masses uninformed”. Regional languages started to be referred to as patois, a derogative term in its beginnings. Sometimes patois refers to non-Parisian French as well as regional languages. An example of standard, Parisian French is spoken by TV news anchors.
Breton
It’s a Celtic regional language spoken in the Northern area of Bretagne (Britanny) which has more in common with Welsh or Cornish than with French. In the first half of the 20th century it reached 1.3 million speakers, but nowadays it has gone down to 200,000 everyday speakers. Most of them are over 60, and only a handful of those are monolingual. Although there are a few publications, schools (Diwan) and TV programs which use Breton, it is not recognised as an official language.

Occitan
Often referred to as Provençal or Langue d’oc, it is a language spoken in Southern France (Occitania), the Aran Valley in Spain (where it’s called Aranese) and an eclave in Italy. It is very close to Catalan and is seen as a co-official language in Catalonia, Spain, but it is not recognised by the French government. It was the common language in Southern France until the 20th century, when French was virtually imposed. Nowadays, there are around 610,000 native speakers (most of them elderly), and almost all of them are native French speakers, too. It is not very common to hear Occitan in the streets, although there are bilingual street signs in some places. Many Occitan-speakers tend to switch to French when they’re with foreigners or people from outside Occitane. Occitanists are activists who try to promote the language, especially in schools and preschools (calandretas), although the language remains seriously endangered.

Provençal is the dialect of the Occitan language spoken in the region of Provence.

The Catalan language comes from the Catalonia area of Spain, and its original area of influence included the South of France. This means that nowadays Catalan in France has some presence, mainly in the Roussillon area (in Pyrénées-Orientales département).

Basque
Euskadi, or the Basque country, is part of the South-West of France as well as the North of Spain. In France it belongs to the département Pyrénées-Atlantiques, where there are certain initiatives to promote Euskara as a language of tuition in schools, but it often struggles to get enough financial and administrative support. The Basque language has no official recognition in France – it can’t be used, for instance, in court. Around 22% of the population in the area speaks it, but it is mainly older people and that figure is constantly decreasing.

Alsatian
Alsatian is a Germanic language spoken in the French region of Alsace. It is not mutually intelligible with German, but it is close to it and very similar to Lorraine Franconian. It’s normally used within the family-and-friends milieu, but not in education (which is all in French) or work, although in informal conversations Alsatian-speakers tend to mix languages. Although French is the official language of the Republic, Alsatian has some recognition by the government, and some street signs are bilingual. It is the second most-spoken regional language in France after Occitan, with around 500,000 speakers, although figures among younger generations are declining.

And if you’re thinking of going to Alsace, don't just consider the regional language but also the Alsatian accent in French!

Picard or Chtimi
The Picard language is spoken in the North of France - Nord-Pas-de-Calais (where they call it Chtimi) and Picardie regions – and some parts of Belgium as well. It is very close to French but sounds quite different to it. It has no official recognition and is not taught in schools, so it is very rare for young and middle-aged people to speak it as their first language. A good example of the peculiarities of the Chtimi dialect is the film Bienvenus chez les ch’tis (2008).

Picard is normally used informally and orally, so it has no standardised written version. Here's a conversation in Chtimi, to get your linguistic juices flowing...

Corsican
Corsu is the original language in the Corsican islands, which have belonged to France since the 18th century. Nowadays, almost all Corsicans are fluent in French and only about 10% speak Corsican as their first language – it is so severely endangered that the French governement started measures to save it in the 1990s. The Corsican language is taught as a core subject in primary school, becoming optional in secondary school, but it is required at university level at the Université de Corse Pascal Paoli.