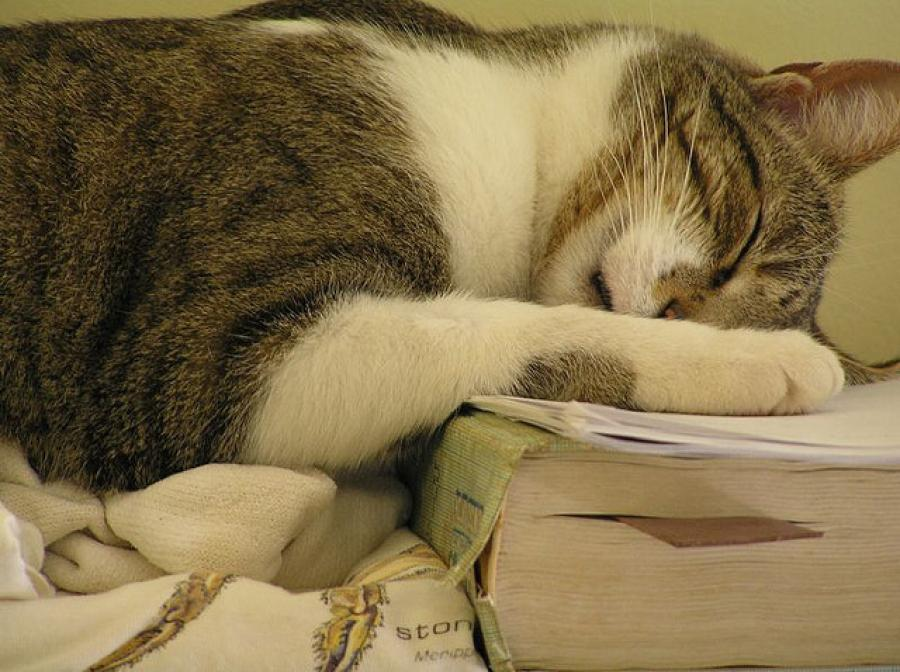 This article was written by Hannah Slater from Heriot-Watt University, Edinburgh, published on 27th October 2014 and has been read 4154 times.

Salamanca Paris Edinburgh Languages Heriot Watt Uni Culture
Hannah Slater studies translation and interpreting French and Spanish at Heriot Watt Univeristy in Edinburgh and will be spending her first semester studying at the Universidad de Salamanca in Salamanca, Spain and the second studying at Universite Sorbonne Nouvelle 3 in Paris, France. In this article, she gives her advice about practicing your language skills on your year abroad, without resorting to reading the dictionary! To keep up with Hannah's adventures, check out her blog.

I think one of the primary reasons why we have such a small number of children choosing to studying languages in school is because of the way it's taught. Grammar is drilled in to us, exercise after exercise and children lose interest. Don't get me wrong, I think grammar is a vital part of language learning, but I do think that once you have the basis there are so many more fun ways to continue learning and expanding your knowledge of the language.

The year abroad is the perfect opportunity to highlight the different ways which I have and would recommend others immerse themselves in the language of the country they are in (and not just by sitting with a verb table book trying to memorise every verb under the sun!)

Yes, the idea of meeting up with someone you don’t know for a coffee and chatting in a foreign language can be a scary prospect but from my experience after taking part in 3 of these so far throughout my time here I have found that after the initial shifty and slight awkwardness it feels natural and you both relax. In fact I have made one really good friend who I see regularly out of an initial language tandem.

There are websites which you can sign up to find tandems but for me I found the best place was the Erasmus Facebook page here in Salamanca where there were always people posting looking for an English/Spanish tandem. I am sure that the majority of Universities will have similar pages to this. My only advice about these is to always meet somewhere central and busy just to be sure!

I have found tandems have really helped to improve my Spanish as prior to coming here I could have conversations about politics/economics but I would have struggled with day-to-day conversations, whereas now I find I can chat more naturally. It also helped to keep in mind that the other person would not be judging me as they have had experience learning a foreign language too and therefore are aware of the difficulties in doing so. In summary I couldn’t recommend tandems more as a way of improving your language as well as meeting new people!

Going to the cinema

I have always loved going to the cinema at home and enjoy seeing foreign films. However, the difference at home is that they are all subtitled whereas trips to the cinema here are dubbed and therefore there is no English involved! I was initially dubious about whether my Spanish was good enough to sit through a 2 hour long film but I was pleasantly surprised after seeing my first film that although I didn’t understand every word I had kept up with the plot and at points had actually forgotten I was watching it in Spanish.

There are certain genres of films which are more difficult to understand and for this reason I began with a children’s film, then progressed on to a romantic comedy, an action film and now I will give anything a go! The goal isn’t to understand every word, but you’ll be surprised how much you pick up from just listening to the language for a couple of hours!

Keeping up to date with current affairs is always good and can provide talking points (for example during language tandems) Not only this but it is also a really good way to pick up new vocabulary. I tend to read most articles purely for enjoyment and then pick a couple to study in a more in depth manner by highlighting unknown vocabulary and looking it up and also noticing different uses of verb tenses/moods, pronouns, prepositions and other grammatical structures as for me it really helps to see these things being used in context.

I love to read and whilst it is tempting to head straight for an English book (not something to completely avoid as it is important to relax too!) However, what I recommend is choosing a foreign book and setting it as a sort of personal goal to read the book throughout your time abroad. No time pressure- just something to do when you have some spare time and fancy improving your language skills in a less formal way than trudging your way through pages and pages of grammar.

This is one of the hardest ones to implement as all too often the common language among exchange students is English rather than the language of the country you are studying in! I am living in a flat with 2 English girls and 1 Spanish girl and although I speak in English with one of the English girls with the other we try our best to speak in Spanish as much as possible and as hard as that is at times at the end of the day I am here to improve my Spanish and the only way to do this is to use the language as much as possible! I have tried to make friends with as many native Spaniards on my courses as possible too rather than immediately drifting towards other Anglophones and that is something I’d also highly recommend!

I hope this has helped give some new ideas of techniques for continually improving your language skills whilst on your year abroad (or even before!) and has shown that grammar book aren’t the be-all-and-end-all of languages and in fact immersing oneself in the language through talking, reading and listening can prove much more beneficial!