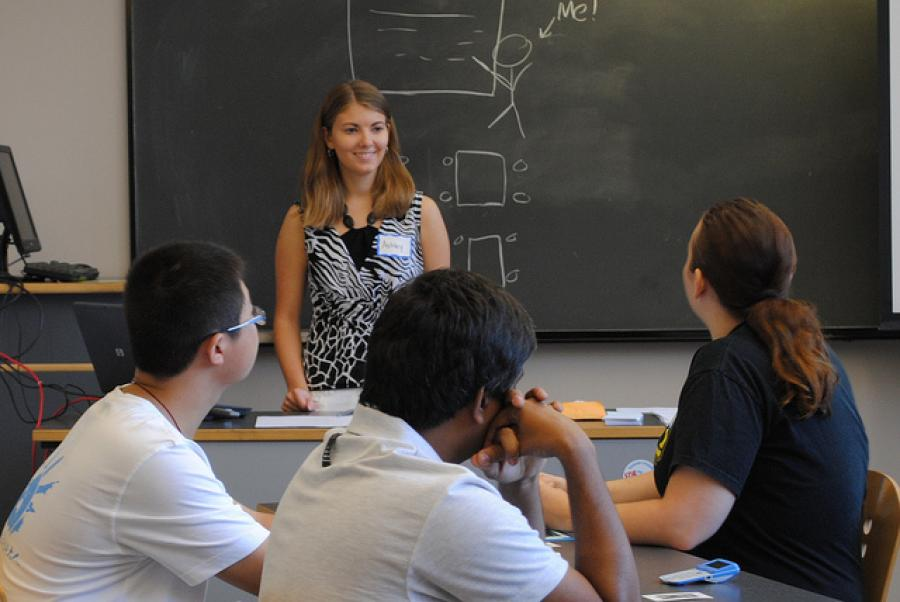 One of the first things I did after hearing that I could be an English Language Assistant was go straight back to my student house in Norwich and practically jump on my laptop to research other assistants’ experiences and see what the internet had to say about the application and the whole thing in general. I was a little perturbed to find that my search was fruitless (having not actually discovered this website!) and couldn’t find anything save the British Council’s website itself. So the GG Editor asked me to quickly summarise my own application process so anyone else who wants to know how applying to be a language assistant with the British Council goes down can see what I had to do. WARNING: It was a long and arduous process, and I fear that describing it might be a little laborious to read. Read at your own peril.

Firstly I had to submit a form saying that I had opted to become a Language Assistant as opposed to finding my own work placement or applying to University. I chose this option as I thought, having only started learning Spanish in sixth form college (since my High School did not offer Spanish, only French and German), I felt going to a University in Spain and learning in Spanish would be too far in the deep end for someone with as little Spanish experience as I have.

Once the University had acknowledged that, I was told to apply for an Assistantship position through the British Council’s Website. This, for me anyway, was a labyrinthine task, being made to make on the spot decisions. I had to say where I’d like to be placed if I could not be placed in Spain – the only other option being Latin America – not that anywhere else throughout the duration of the application was I asked anything more about that.
I then had to choose my three preferred regions, in order of preference. That’s actually a lie; I didn’t have to. The application told me I was being offered the opportunity to do so, if I so wished. I actually don’t know why you wouldn’t, even if you’re like me and have never been to Spain before. I asked my Spanish friends, who happened to be Erasmus students where was best to go – they all recommended the south to me, particularly Andalucía, which they called “real Spain”.

The part that was most difficult for me about the application is as follows: the British Council website states if you wish to express a preference for your location, you must pick three areas. Now they seem to have divided the comunidades autónomas into roughly north, middle and south of Spain. This is what that looks like.

Seeing this, I was already annoyed. Madrid sounded, to me, a country bumpkin from the depths of the Norfolkian outback, like an absolute paradise. But then again, what about Andalucía, with Seville, Granada and the Mediterranean climate?! Decisions decisions. My Spanish contingents had warned me against the North, due to the cold and British-like weather mostly, I believe! I eventually chose Andalucía as my first choice, Castilla la Mancha as my second (the reason being it was pretty much right beneath Madrid, making a day trip there not out of the question), and Ceuta as my third, due to my small experience in Arabic and my intermediate level of French, relevant to North Africa.

Then I had to pick things like which type of area would I like to be in, i.e. city, town or rural village. Then preferred age range; I don’t remember the ranges they had, basically it was primary age, bit older, teenagers and then adults – I forget because I picked all of them except adults! I felt I would be much better teaching children and that they might be slightly more forgiving were I not to speak absolutely correctly; I may be completely wrong…we shall see! Finally I had to rank my preferences in order of preference(!) – so ranked mine Location (as in which part of Spain), Area (as in town or city) and then Age Range.

This was submitted in December (DECEMBER), along with a small statement I had to write about why I wanted to be an assistant, and I also wrote about why I had picked Andalucía, in the hope I would have more chance of being put there. I had to give this to a teacher at University (picked by our study Abroad office) to read, and then write their own recommendation on my behalf.

I found out in May the area I had been placed in – my first choice, no less! Overjoyed, but felt a little cheated that my fellow classmates had found out which unis they had been accepted to months before.

Since then I have been receiving emails fairly frequently from the British Council, opening every one with the hope that it will tell me which town I have been placed in and the name of the school. No such luck. The only one of any note has been the one telling me I must apply for a ICPC (an International Child Protection Certificate), and that the woman in charge of sorting out the Language Assistants going to Spain is no longer working for the British Council. How exciting.

This is my experience so far. Long, boring, and nerve-wracking whilst I await my placement. However I believe that it should be worth it, due to the pretty amazing pay (according to the British Council website, it is €700 per month) and the brilliant hours (12 hours per week).