Karlsruhe, Germany: 'Vitamin B'. Getting involved! 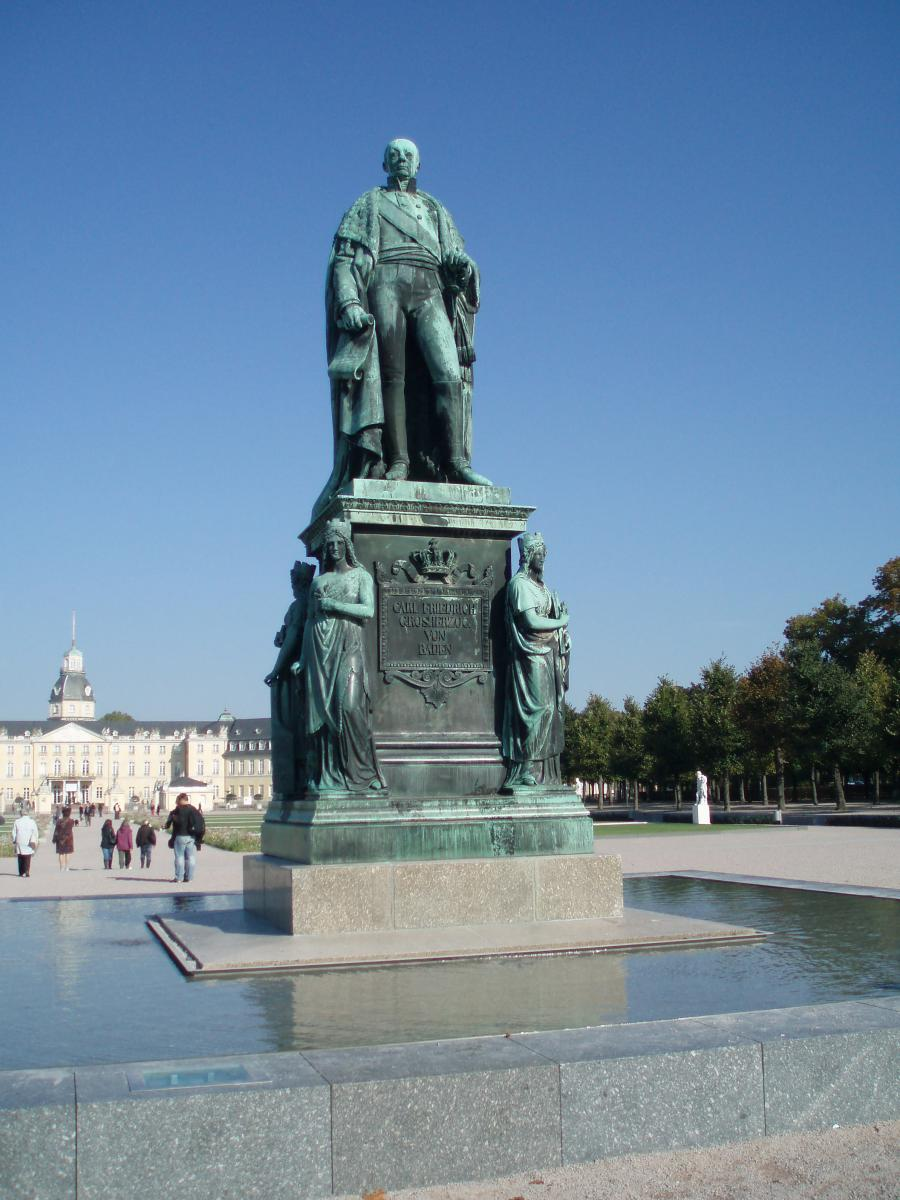 This article was written by Claire Woolly, published on 22nd October 2011 and has been read 4018 times.

German Karlsruhe
Week three in Karlsruhe coming up. The last week has been spent finding new hobbies & trying new things, (often with little success), but hey, I'm having fun, speaking German & meeting new people...Long-term accommodation, despite the struggle, is now sorted & I'm well on the way to finding my feet & feeling settled, though the odd skype with friends & family back in England always helps to keep any 'I miss England' moments at bay.

So run the majority of my conversations in Karlsruhe. In the most non-dodgy sense, the word ‘no’ at the moment doesn’t seem to appear in my day-to-day vocabulary; gently declining yet another plate of steaming, delicious, home cooked food, provides the sole exception to this rule... (I envisage that anyone who knows me is thinking, ‘Claire…turn down food?!’) Well yes, I would like to fly home at Christmas, & I can imagine if I continue to eat three helpings every night, the plane which will carry me may well struggle to achieve lift off. More to the point, I won’t be able to stuff away copious amounts of turkey, ham, mincies & good old English cheddar. This would be utterly tragic.

Anyway, coming back from my food-related tangent & tackling the topic in hand: I don’t mean that Germany has turned me into some kind of, a...er...well... you know, (I hear my Mum’s resonating sigh of relief from here), I am simply alluding to the fact that when asked if I want to get involved in something, my answer is always & in veritably, ‘Ja’. A previous blogpost highlighted the significance of alcohol in my utilisation of the word, now I recognise it’s not purely beverage related. Or at least, if it is then I need to stay off the fruity tea too! Quite frankly, I am getting involved because involvement means fun, involvement means interaction, & most importantly, involvement means ‘Vitamin B.’

Last night, having unsurprisingly agreed to yet another beer-meet up, I was told that the term ‘Vitamin B’ includes anything & everything relating to ‘Beziehungen’ (or for non- German speakers, relations/relationships).  Vitamin B is thus making friends, building relationships (not the lovey-dovey kind, though I guess it could mean that too) & socialising. All of which is fundamental to improving my German & making me feel ‘at home’ here.

So it was in the name of Vitamin B, & Vitamin B alone, that I bravely made the decision to join the (rather talented) school choir, & then attempted, (as the only novice in a team of more the competent, experienced players) a somewhat humiliating  game of volley-ball. By the end of the game I could at least make contact between ball & hand, though still hadn’t quite grasped a method which avoided using my team member’s faces as ‘substitute hands’ to keep the ball in the air(!) I am now very adept at saying ‘entschuldigung’ with the right tone though, so my language is seeing indisputable improvements.

It was Thursday of last week; I see that as the turning point.  I decided that I felt more settled & content in my staffroom surroundings, I had spoken to most people & was being greeted on the whole by smiley faces, as oppose to the more reserved, slightly wary glances, of my colleagues.  To demonstrate such contentment I made & enjoyed my first cup of staffroom tea.  Never again will I underestimate the significance of drinking a cup of tea.  I had a mug, my mug, it was on my desk & I sat there drinking it, feeling quite at ease.   What I am getting at is, prior to that moment, I had felt very much like ‘a newbie’, like I couldn’t really relax. This wasn’t because they weren’t being nice, quite the contrary.  I think everyone has the ‘newbie’ feeling in the first few days of a job, let alone a job in a foreign country.

It was Thursday then, where I was greeted by the music teacher as I washed up that significant now-empty cup of tea. He wanted to know whether I fancied a little choral singing session. From the ‘momentum building’ phase of this installment, you already know what my answer was, though I feel obliged to add that I was honest with him.  I can’t, & don’t hold any pretences of being able to sing. I told him this, he said ‘come along, anyway, sit in the sopranos, there’s some good people there & they’ll cover it up...’

So I went, so I sat in the sopranos, (or at first I made a stealthy, calculated bee-line for the farthest & most secluded corner of the room, happily ensconced myself, entertained a ‘nicely done’ moment of smugness, but subsequently got told to come closer, ‘no one would hear me from there’). Yes, that was the point. I sang, in German, (or for most of the song at least I sang, the really high bits I mimed). At the end, I left under the unassailable certainty that I had done my absolute worst in affronting the native’s eardrums, though having very much enjoyed myself & made a few friends in the process(?!). To my shock, I was invited back next week. I’m going, more fool them if they want to go through the torture of essentially listening to the equivalent of a cat being grossly brutalised.

My Volley-ball ‘skills’, as I have said, leave a lot to be desired, but apparently with practice I’ll get better.  The team all go for beer & food following the game, so I chat away in German, whilst contently munching my way through yet another German delicacy. Currywurst.

In other news, I have accommodation! Weeks of searching & over 70 e-mails later, & I found a flat-share with German-speaking girl, who is lovely! I met her two Saturdays ago, with her twin sister & a friend, & was shown the flat which is in the West-area of K’ruhe.

With every new WG- visit I have felt some sense of trepidation, so as I rounded the corner of the castle & headed towards the decrepit Porsche statue, (our proposed meeting place) I was biting back nerves & desperation; desperation that she was friendly, & desperation that she chose me. As the Porsche-statue loomed ahead, I saw three girls, waving zealously from their high(ish) vantage point atop the statue; all three simultaneously jumped off, & rushed over to greet me as I drew nearer.  It was the warmest greeting I’ve had from any WG potential.  In hindsight, I’d say I was fairly sure then that we’d get along & this viewing would work out. I move in around the 24 October, but we have to sort out furniture & build a kitchen first/at the same time. Don’t ask! With finding accommodation, I think persistance is very much the key! It can be disappointing, but if you want something good, keep at it until you find something, that isn't to say don't be prepared to make one or two compromises along the way!

Lastly, Skype: truly a Godsend! I had the delight of seeing my parents using an Iphone to communicate with me. Needless to say the proceeding conversation was, for me, utterly hilarious. I watched a magnified version on my laptop, of my father’s chin jarring against my mother’s forehead, as the pair of them scrabbled enthusiastically to get into the screen.

‘You look well’ Dad said, I resisted the urge to proffer a similar comment sarcastically regarding the appearance of his chin!

Nearly as amusing, though not quite, was seeing my beloved Uni mates all crammed up like little snuggly things on a creaky sofa. Every time one of them moved, the sofa omitted a sound which suggested one or more of them had serious issues. I have an immature sense of humour to say the least, but this I found vastly amusing. I enquired whether it was the sofa, & received the wry retort:

‘No, we’ve just let things slip a little since you left.’  I am hoping this was a joke!

My little nephew, whilst on Skype saw me scratching my nose & quickly corrected this offensive & disgusting behaviour; ‘Stop pick nose Claire!’ An almost accurate delivery of such an imperative evokes the impression he’s more than once or twice heard it himself…Brilliant. Truly when you're away skype, facebook, twitter & any other forms of communication suddenly seem more amazing than ever before!

I start ‘teaching’ properly at school during the course of this week; I’ve done a bit of the standup & introduce yourself shenanigans & I’m now graduating to a more effective role in the classroom..More on that later though, I’ve gone on for long enough.