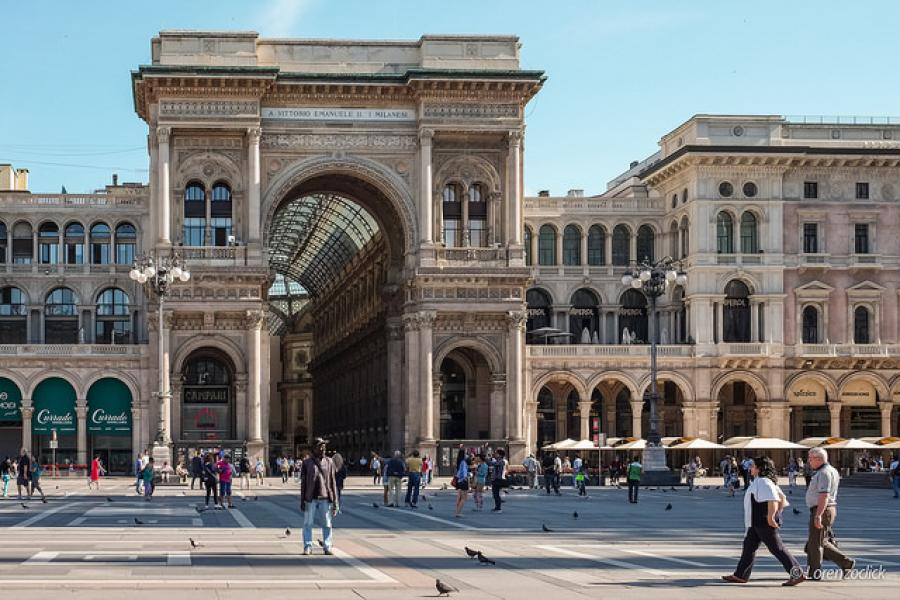 This article was written by Julie Goffredo, published on 3rd September 2014 and has been read 3674 times.

Italy Milan Language Assistant Bath Uni
Julie Goffredo is studying German and Italian with European studies at the University of Bath. She is currently doing a placement in Italy, near Milan (Monza) and will then go to Vienna to work for the British Council as a language assistant. She has been blogging about her adventures, but here she tells us her tips for adapting to Italian life...

Being half Italian and having visited my Nonna in Rome over the years, I thought I was prepared for life in Italy. I knew the food was going to be GOOD, I could get an ice-cream in any flavor whenever I wanted and the weather was going to be loooovely and sunny. But I also knew things could be a “casino” (mess) at times.

Whilst this is all true (apart from the weather here in Milan - it’s been a rather rainy summer and thus my dreams of being lovely and enviously brown have been dashed by the drizzle) there’s also many other things I didn’t expect. 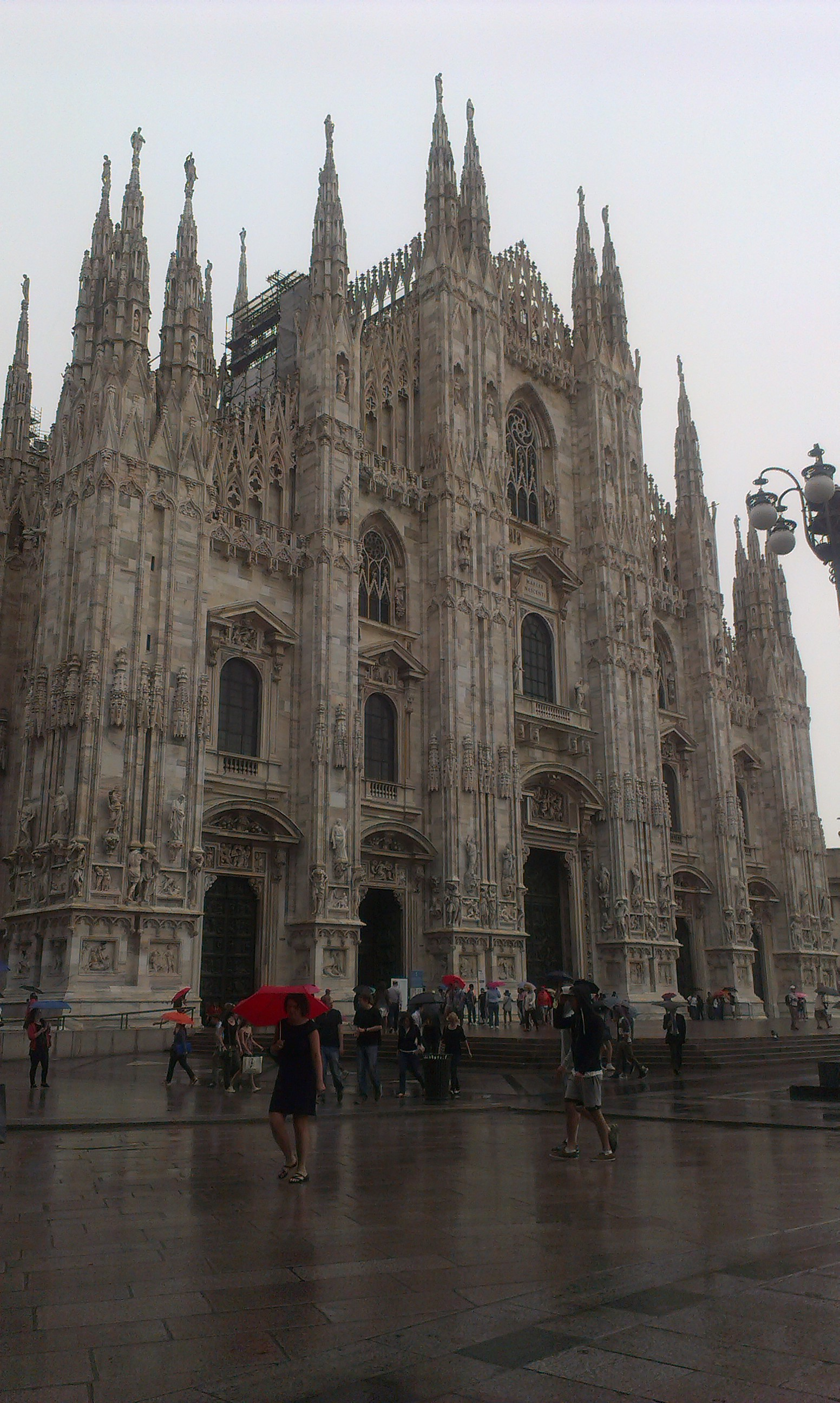 But that’s what this year is all about, learning to adapt and cope with the unfamiliar. And if you can cope with Italy, I think you can handle pretty much anything that life decides to throw at you!

So here’s my list of key ways to cope with Italian life!

The Golden Rule: stamp your ticket! Even if it means running around platforms like a headless chicken trying to find one that a). works and b). fits your ticket. This is because (regular) tickets don’t have a date on them, so they need to be validated.

Be prepared for a train to be cancelled, delayed or changed without warning and therefore always allow yourself more time than you think.

You will get used to it, trust me; now things like waiting an hour for a train that doesn’t exist, getting the bus instead, running to the station to collect your bike (because it was dark and scary) and cycling home at the speed of light and being chased by a thunderstorm don’t faze me at all!

Even cities like Milan become a ghost town as everyone flocks to the coast or the lakes or the mountains, leaving your favorite places closed - as I discovered when I tried to show my sister and my boyfriend around the “real” Milan.

A lot of shops still shut for a few hours in the afternoon especially in the smaller towns, which can be kind of annoying when you want to do some lazy afternoon shopping. But it does mean they tend to stay open a bit later which is handy if you need to pop in after work. 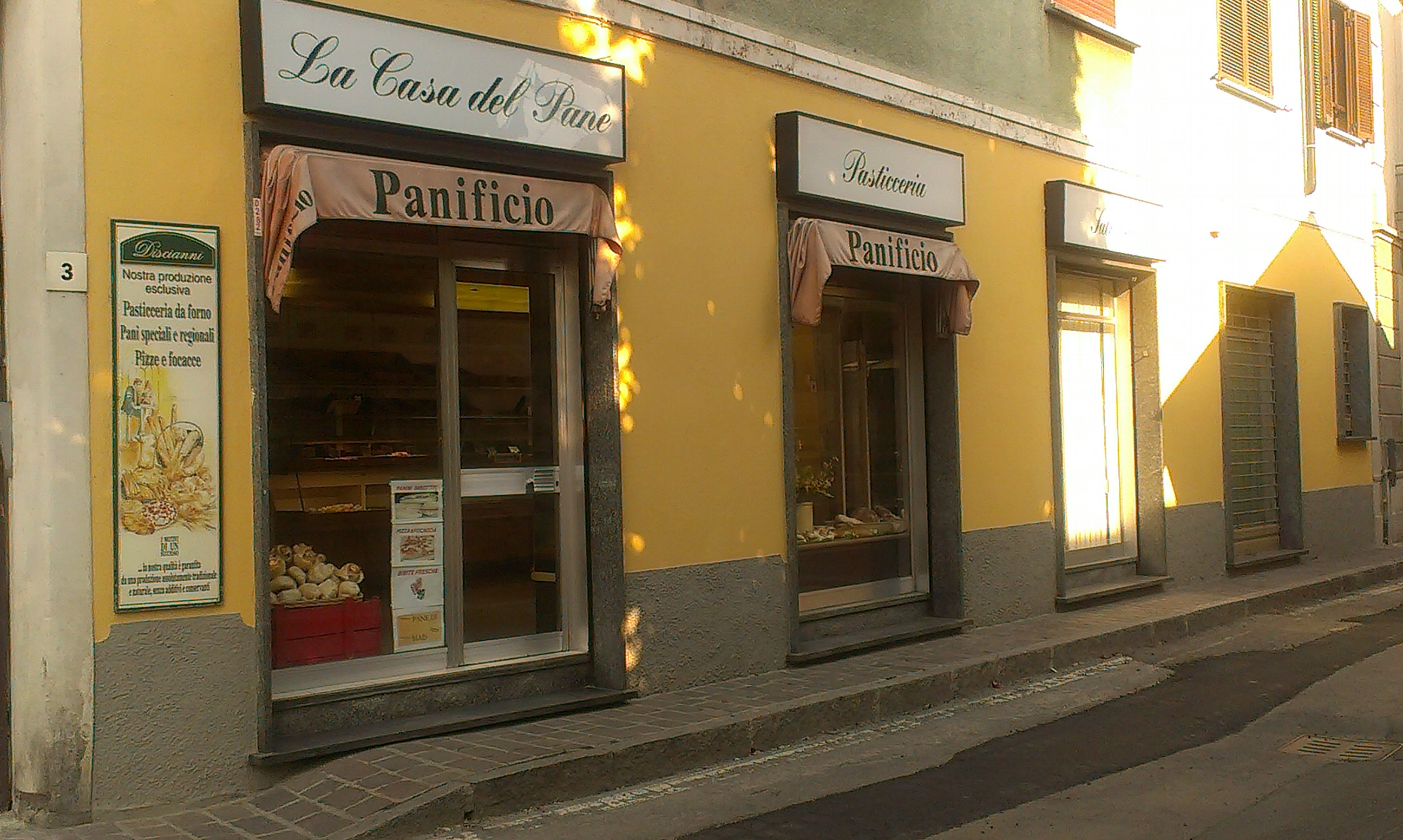 Talking of things not being open, these are two main culprits. They’re not open at the weekend and closed during lunch! My bank is only open from 8.20am – 3.45pm with an hour in between for lunch. But, I’ve just learned to accept the fact that I have to get up early and go before work. I reward myself with a fresh chocolaty pastry from the local bakery for breakfast so it’s not so bad!

It’s not until you’re actually there and waiting in a queue that you realize how ridiculous the situation is, especially when your boss has been waiting in line since 7am, a good hour and a half before the office even opened! But you just have to get on with it like the Italians do and if it’s important, remember to do it well in advance!

You need this for everything: working, train/bus/any other kind of pass, the library and even a supermarket loyalty card. I always keep a copy in my purse just in case.

Not the newspaper, but the multitude of independent bars, café’s and restaurants. It’s so refreshing to always have somewhere different to go when in England it’s always the same old choice (Pizza Express, Ask, Nandos). My little town also still has a bakers, grocers and patisserie and I peer through the windows every day on my way to work, drooling over the foccaccia, pizzas and croissants oozing nutella. 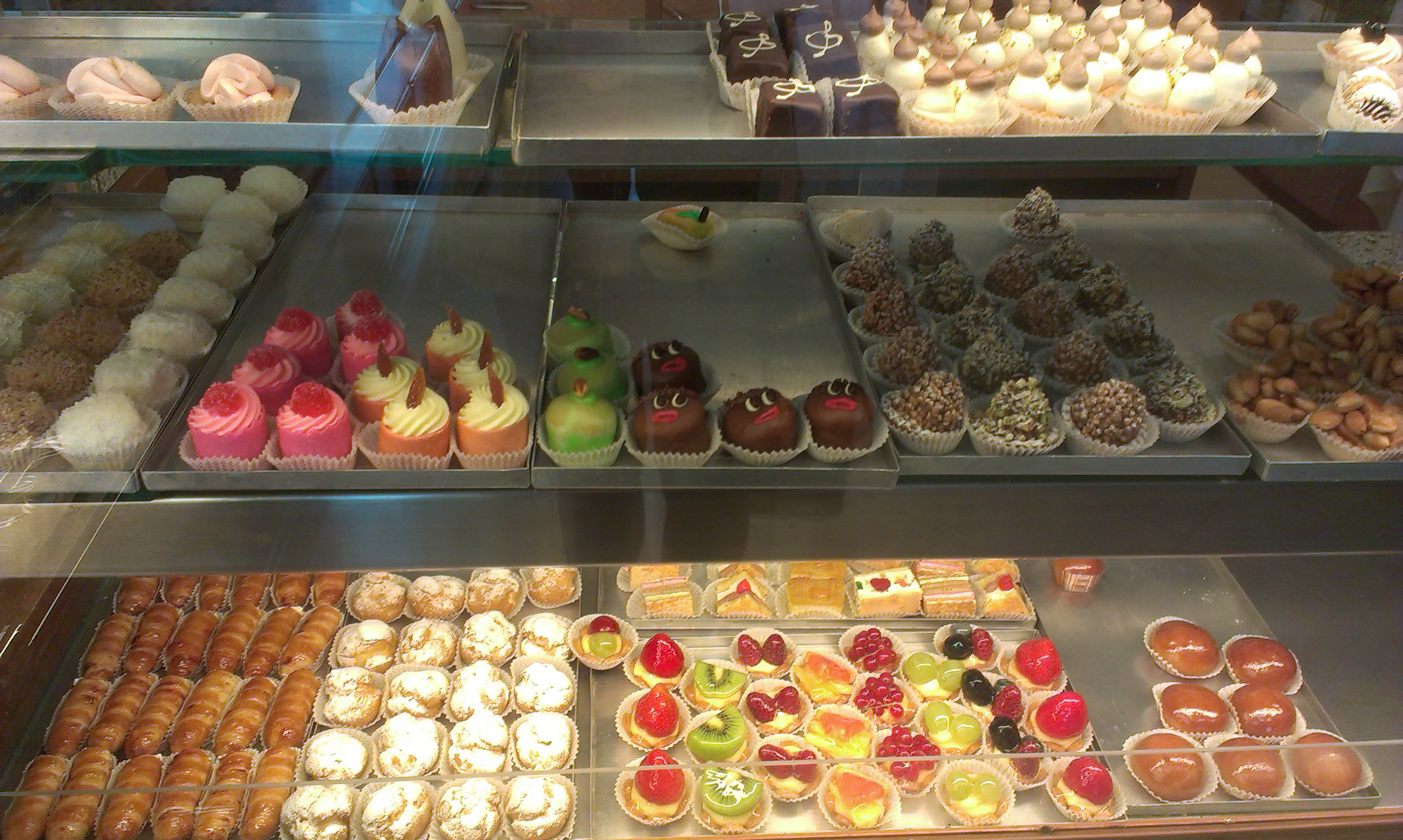 If you want to go swimming you’ll need a hat. Even in some of the outdoor pools. A sea of bobbing hats is quite a funny sight for an English gal. Oh, and be warned, speedos are not just worn by old men.

Italian Breakfast = Biscuits, pastries, or anything sugary! My Britishness refused to have anything of the sort so I found some Weetabix in the supermarket. I have swapped my cup of tea for un caffe though (espresso).

Stronger + Cheaper, perfect combination really BUT although a glass of red at lunch (even during work) may be acceptable and a “caffe coretto” (espresso with a dash of liquor) is a thing, Italians have a very different attitude to drinking. Every time I’ve been out with my Italians friends, we’ve just had the one cocktail and instead of getting drunk, chatted the night away. And to soak up the alcohol they have “aperitivo” where (usually) between 6 and 9 cocktails are served with nibbles or sometimes even a buffet!

Expect a LOT of food. It takes some getting used to having pasta as a first dish and then meat for il secondo every single day. Not so hot on their puddings though, so a two course meal will usually be pasta + meat/fish rather than pasta + cake. But no one gets fat because it’s fresh and unprocessed and you don’t snack on naughty things like chocolate because it actually fills you up!

Don’t believe the myth that everyone speaks English! Of course if you’re in a city like Milan or Rome then you’re bound to find English speakers, but if you’re not, you’re going to have to use that Italian! Which of course, is a very good thing.

But on the whole, I do love Italy…. how could you not? 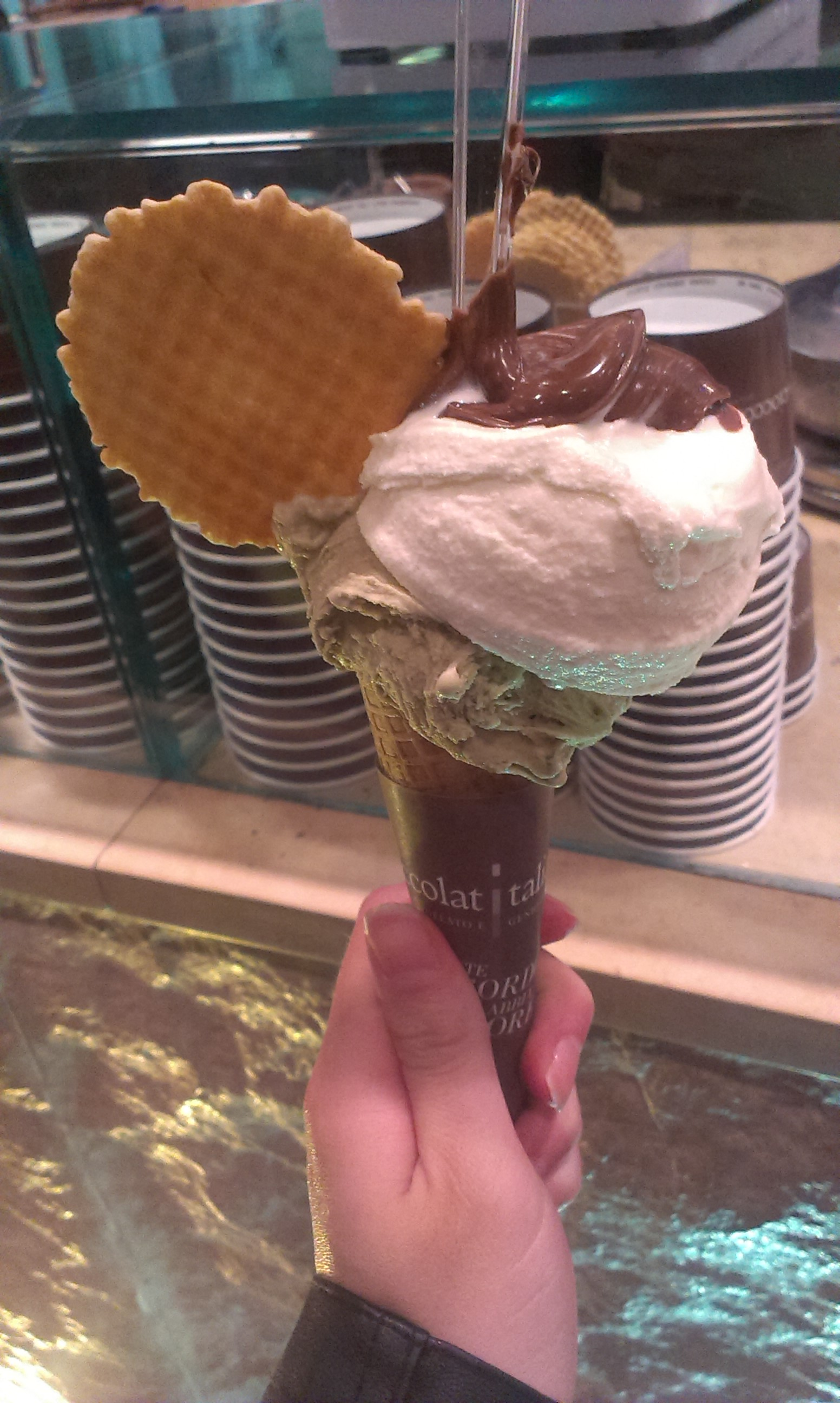 What's the best way to find private accommodation in Milan?

Hi Emily,Check out the tips on the Accommodation in Italy page on ThirdYearAbroad.com!The TYA Team