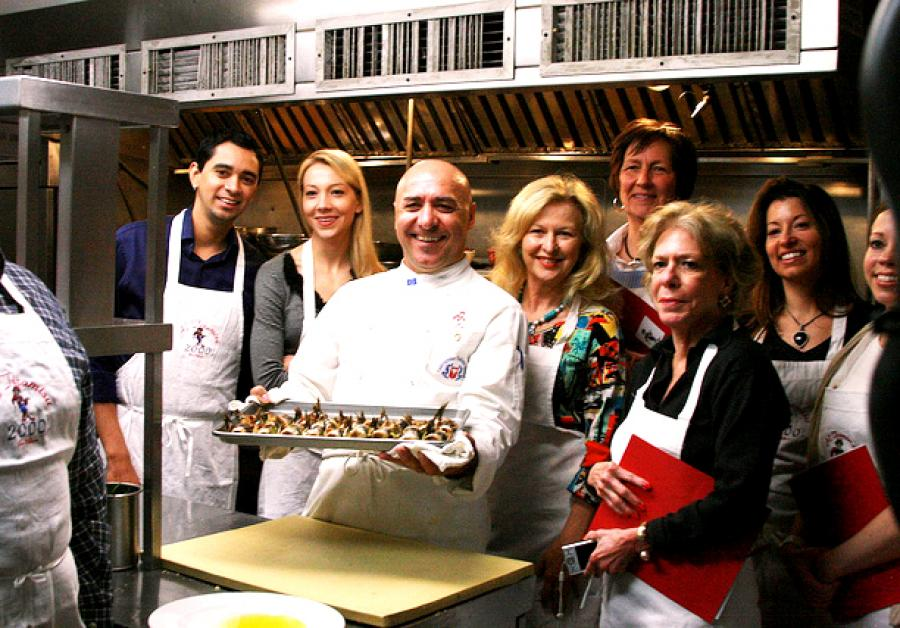 This article was written by Global Graduates, published on 3rd November 2014 and has been read 3405 times.

Italian YearOverHere
Italian speakers, check out this page for resources and events to help you immerse yourself in the Italian language and culture without leaving the UK! Think we've missed something? Click here to send us your suggestions for listings!

Use ListenLive to listen to Italian radio stations online Read Italian newspapers online  Check out the Italian Cultural Institute for event listing, language classes and a well-stocked library! Italians of London is a useful website for Italian-themed events in the capital  The Estorick Collection of Modern Italian Art often organises lectures, aperitivos and more! Il Circolo is a charity focused on putting on events for Italians and Italian speakers in the UK  Explore Little Venice with Time Out's guide   Check out this video from the Society for Italian Studies!

To celebrate the major exhibition of works by Jacopo Negretti, known as Palma Vecchio, at Galleria d’Arte Moderna e Contemporanea of Bergamo (GAMeC), curator Giovanni C. F. Villa and Project Designer Peter Fink talk about this great artist and of this unique exhibition – the first retrospective of his works.

Publisher, novelist and translator Alessandro Gallenzi will be in conversation with acclaimed Italian critic and writer Gabriele Pedullà, talking about his latest novel, The Tower, and his long-held passion for Giordano Bruno and his works.

Italian playwrite Roberto Cavosi has reimagined the Don Giovanni myth in an anti-historical key. It will be performed by Marco Gambino with Simone Spagnole on piano.

9 documentaries by 9 of the most acclaimed Italian rising filmmakers, in collaboration with the 71st Venice International Film Festival.

A screening of 'L'arte della felicita', a film about 40-year-old Sergio, former musician turned taxi driver, who lives his life through conversations with his various passengers. The screening will be followed by a Q&A with the director.

Antonioni's masterpiece was awarded the Cannes Film Festival Jury Prize in 1960. The screening will be introduced by freelance film programmer Nick Walker and followed by a discussion.

Anita Ekberg and Virna Lisi, both of whom died recently, occupied a special place in the Italian imagination due to their film roles, public images and wider work in advertising. In this talk, Stephen Gundle will use images and clips to explore the particular contribution of these two actresses to Italian cinema and television to assess their legacies.

In this film, a lawyer has to cross the edge between law and crime to protect his family.

The 5th Italian film festival at the French Cultural Institute, Cinema Made in Italy offers a 5-day showcase of the best recent Italian productions, many of them followed by Q&A sessions with the directors and actors.

A theatrical performance of Le Giovani Parole at the Italian Cultural Institute.

The novelist Nicola Lagioia in conversation with Stefano Jossa.

Prof. Carlo Ginzberg and Prof. Donald Sassoon will discuss the effect of globalization on the perception of history.

When a tomato planting venture goes awry, Filipo, an anti-mafia law expert with little experience in practical problem solving, is sent to help.

Mezzo-soprano (and winner of the HSC 2014) Ewa Gubánska is accompanied by violinist Fabrizio Longo and Riccardo Morini on harpsichord.

In this groundbreaking event, experts in Italian culture will reflect upon gender relations in Italy and on questions of Italian sexuality and the family.

When Bruna, a beautician, learns from one of her clients that she has hidden a treasure inside one of her drawing room chairs, she begins a hunt that will lead to danger, adventure and a close new friendship.

The classic 1953 movie will be introduced by freelance film programmer and lecturer Nick Walker and followed by a discussion.

Guido and Antonia are a young couple with opposing characters and schedules. When they decide to try for a baby, chaos ensues.

Italy in a Day is an Italian-British documentary film reflecting the fears of Italians during the recession, their uncertainty over their national identity and their refusal to give up on dreams.

A musical and theatrical lecture on the poetic form invented by Petrarca.

This classic film shows the Allied invasion of Italy between July 1943 and winter 1944. It will be introduced by freelance film programmer and lecturer Nick Walker and followed by a discussion.

An exhibition for people who are passionate about Italian food and drink, featuring free tasters, cooking experiences with celebrities and wine tasting sessions from carefully-selected, authentic Italian brands.