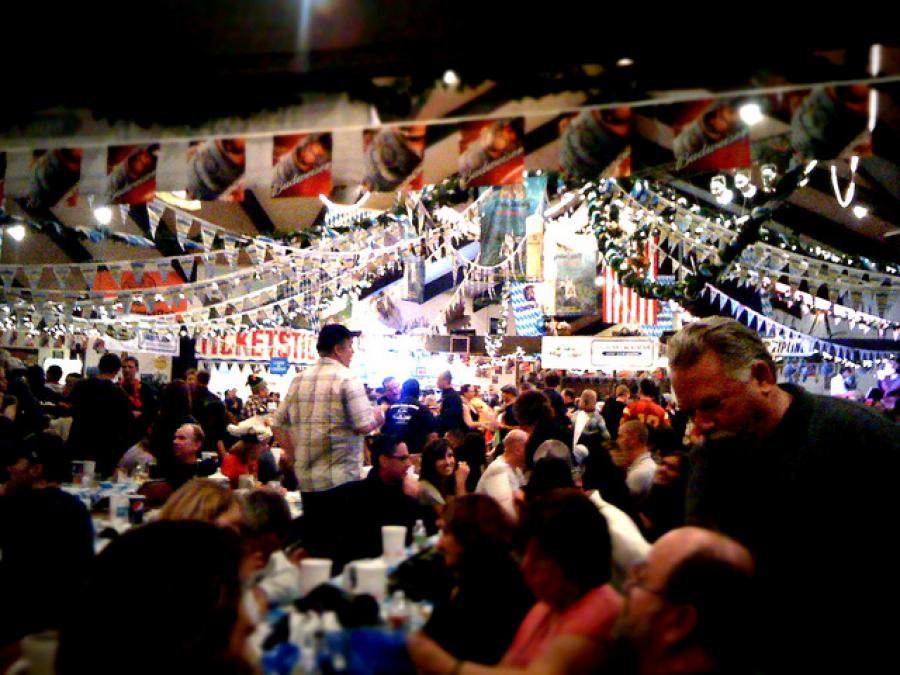 This article was written by Elisa Bell, published on 5th June 2013 and has been read 15153 times.

Living and working in Germany Germany
We Brits tend to give the Germans a bit of a hard time with our jokes. But since I’m now working in Germany as a teaching assistant for my year abroad, I thought I’d take on the challenge to find out how much truth actually lies behind our stereotypes. Do the Germans really only eat sausages for breakfast? Are they actually as impeccably efficient and organised as we expect them to be? And the classic - do they always put their towels on the sun loungers first?

Generally your image of a German munching on a pretzel with a sausage in their hand is true. The Germans do love their meat, but this is a good thing for us, because - as a bit of self-confessed sausage snob - I’ll only eat Tesco Finest or the equivalent, and I now eat what’s considered the ‘value’ range here. This is because not only do 12 sausages cost €2 but they contain 95% decent meat! Sadly Germany isn’t so well-equipped for vegetarians but the Bayerische Käsespätzle (similar to macaroni cheese but far better) is amazing, so you can certainly survive. It’s also possible to buy enough shopping in the supermarket for a week and pay less than €20, whilst meals in restaurants are all really well-priced. Perfect for all of us used to living on a student budget!

Also if you, like me, enjoy your fair share of cake, then Germany is heaven. Their tradition of ‘Kaffee and Kuchen’ (coffee and cake) every afternoon is undoubtedly their best invention yet. It’s worth visiting Germany just to make the most of their bakeries too. There are 7 in my town and it’s half the size of Leamington! And as for Germans eating sausage for breakfast, you will definitely eat ham and cheese rolls for breakfast in any hotel/ youth hostel that you’ll stay in, but my german flatmate seems to be an exception to this rule and (quite understandably) says it’s too early to eat sausages for breakfast. Particularly as the working day begins at 8am here!

Judging by the 6 million people who visit Oktoberfest (Germany’s biggest beer festival in Munich) every year it’s clear that German beer is good. Unfortunately I’m not a beer-fan but I can tell you that most Germans are very proud of their locally brewed beer and, because it isn’t illegal to consume alcohol on the streets, they can be seen drinking it at any time of the day and in any place. Not only this, but you can buy a bottle of beer for as little as 50 cents in the supermarket so it’s roughly the same price as water. If you ever visit Oktoberfest you will see thousands of drunken Germans dressed in Lederhosen (traditional German dress- definitely worth a google!) with a Stein (a litre) of beer in one hand and a pretzel and sausage in the other. If you’re looking to prove the German stereotypes then this is the place to go.

Rude Germans with no sense of humour

I’ve never really understood this ‘rude’ stereotype because I’ve always found the German people to be incredibly friendly. But perhaps my positive experience stems from their fascination with the British. British culture is just part of their life- they have intense English lessons since Kindergarten, listen to British and American music and watch American films in the cinema. Much of their culture is grounded in ours, so it makes being here a pleasure because you’re practically a resident celebrity. I even received a round of applause at the school where I work, simply for introducing myself in English! It’s true that their sense of humour is not quite the same as ours, especially with our British sarcasm, but many watch the same sitcoms as us and so do understand our humour! Since being here I’ve experienced huge amounts of kindness from teachers and pupils alike, the best being asked to a pupil’s house for Christmas.

They dress for practicality

This is true. I’ve been having a bit of an identity crisis since being in Germany, as part of me wants to dress smartly for school- mainly to avoid being mistaken as a pupil instead of a teacher- but also because I’m a believer that looking good makes you feel better. However the Germans do dress for practicality (forget Jack Wills, it’s all about ‘Jack Wolfskin’ here- an outdoor clothing brand, as they do love being in the heart of nature- which you can understand when you see how beautiful the landscape is!) so jeans tend to be the standard attire. However this does have it benefits; you can go straight from a day at work or a day-trip to a night club without changing.

You can’t talk about the war: Well…you can talk about the war. But just remember to leave your Hitler impressions in England. I’ve had a few discussions with pupils at school and no-one seems reluctant to discuss it, actually whilst some feel their history is important to their heritage, and something they mustn’t forget, others feel detached from it and, quite-rightly, argue that it is not their individual responsibility anymore. I find it really refreshing that people aren’t frightened to talk about their history with me and I really appreciate their honesty. However I’m still not brave enough to speak of The Nazi’s any louder than a whisper when talking about history in public!

They are ultra-efficient and organised

Well it’s safe to say that train services here, in my experience, are excellent. I’ve only been delayed perhaps once or twice and I’ve made quite a few trips across Germany so far, so you really can rely on your train to arrive according to the minute stated on the timetable. This is also makes it much easier when you’d like to travel during your year abroad and buying a Bahncard (which is a discount railcard valid for a year) costs only €40 for students and will very quickly pay for itself. Generally travelling smaller distances are more expensive so I’ve found that the further I travel, the better the price! Unfortunately I can’t yet comment on the myth of the sun-loungers as I haven’t yet stayed in a German hotel during my year abroad- firstly because almost all of my friends are on their year abroad too and therefore it’s a brilliant opportunity to do some sofa surfing but also because youth hostels are excellent value and far better quality than those found in the UK. However a similar ‘towel’ fiasco takes place in the school staffrooms where each teacher reserves their own place with their books and coats. This was very odd when I initially arrived and awkwardly stood in the corner- afraid to make enemies on my first day by sitting in the wrong seat- but now that I have my own reservation, I guess I’m also part of this phenomenon!

So all in all, I’ve learnt that our stereotypes are correct in so far as the Germans are right with their images of the British. I’ve been asked plenty of funny questions by the pupils at school: Do I only drink tea? Do I like Justin Bieber? Do I eat a Fry-Up every day for breakfast and fish and chips for dinner? How do I cope with the rain? But I hope I’ve managed to convince you not to judge Germany by its stereotypes - because whilst it may lack France and Italy’s reputation of beauty and elegance, the landscape here resembles something out of a Disney film. So whilst the jokes are amusing, don’t let them shape your image of Germany without first exploring all the wonderful things Germany has to offer- which is far more than beer and pretzels!