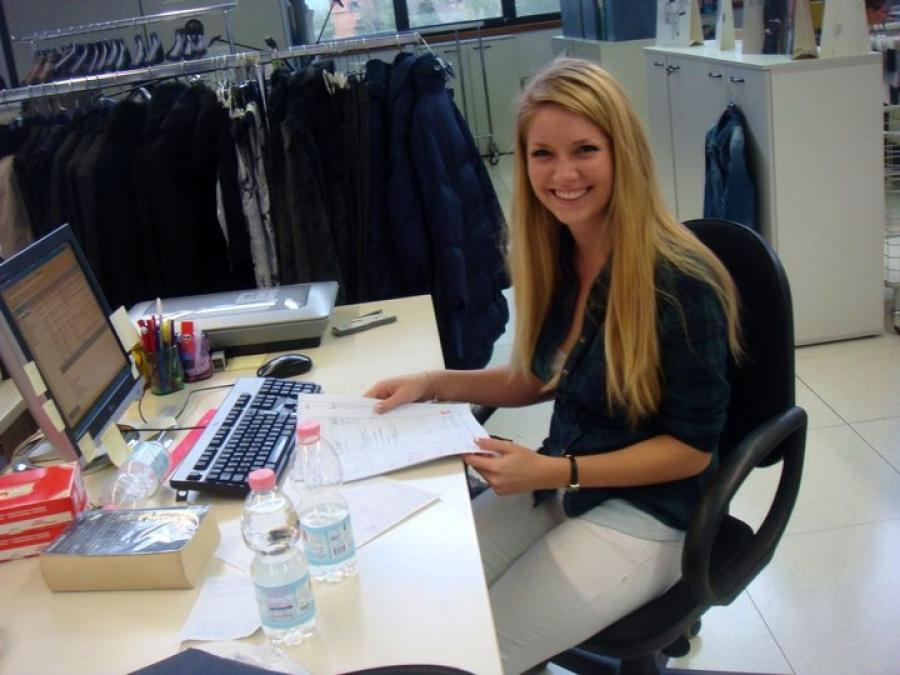 In the Armani office

This article was written by Virginia Stuart-Taylor, published on 20th January 2013 and has been read 27293 times.

Virginia Stuart-Taylor studied Spanish, Italian and Portuguese at the University of Exeter and spent 6 months of her year abroad as an intern at Giorgio Armani in Italy. Having graduated from university, she now writes a blog about travelling and living abroad called The Well-Travelled Postcard, and you can also follow her on Twitter! @vstuarttaylor

1. How did you manage to find your internship at Giorgio Armani?
I was pretty fortunate in that respect, as the year abroad co-ordinator at my university had a list of employers in various countries who’d previously accepted students for internships. And Giorgio Armani happened to be on that list! So I sent over a CV and covering letter in Italian (ask a native to check it) and was offered the internship without even having a phone interview – a stroke of luck. But I know that lots of other people find internships abroad through contacts they have, either through family friends or through people they met on their gap year, for example. There’s no harm in asking the people you know in a certain country if they have any ideas – if you’re offering to be an unpaid intern then people are unlikely to turn down the offer of extra staff for free. You never know what opportunities are out there – you just have to ask!

2. So was it an unpaid internship?
In Italy, paid internships are very rare. The company didn’t even cover my travel expenses. This is where the Erasmus grant became invaluable. Living in Modena, one of the smaller cities in Emilia Romagna, the cost of living wasn’t as high as it would be in Rome or Milan, for example. I was reluctant to take on a part-time job (I was already working 9-5pm and I treasured my free time!) but I know that lots of people were after English tutors, especially in a smaller city as Modena, where there were fewer tourists and international students. So it would be possible to earn something on the side teaching English or working in bar/shop.

Video above: A stroll through Modena, Italy, in May 2012. Taking in some of the iconic places in the city, such as a Spritz cocktail and aperitivi at Caffè Concerto in Piazza Grande, Via Emilia, the Giardini Pubblici, part of Piazza Roma and Via Farini, Corso Canal Grande, one of the city's newer gelaterie 'La Gelida Voglia' and of course the cathedral's tower, the Torre della Ghirlandina.

3. What did you have to do as an intern?
The internship sounds a lot more glamorous than it actually was. I hadn’t studied Fashion before and so there was a limit to the tasks I could do – for example I couldn’t do any of the sewing or measuring of prototypes. However as an intern I had the benefit of not being restricted to one role, and over my 6 months I worked in the Technical Department, the Accessories and Footwear Department and the Models Department. I got to work with all of the next season’s clothes before any of the public saw them and I even received the odd pair of shoes for free every now and again. But in terms of transferable skills that I developed, I did a lot of translation work (fantastic for improving my Italian) and I gained great experience of the complex systems and processes involved in such a large company.

4. If I could only offer one tip about how to get the most out of an internship - it would be this.
Offer to help people all over the company – don’t feel restricted to the department you’re originally placed in.

5. How did you find it working in a foreign language?
In the beginning it was definitely an uphill battle at the office language-wise. In my two years at university, no one had taught me the word for ‘edge-stitching’ or ‘haberdashery’! In my first week I came across technical words that I hadn’t even heard of in English let alone in Italian! If I could give advice to anyone nervous about starting an internship in another language – if you don’t understand what they’ve said, just smile and ask them to explain. Don’t suffer in silence, otherwise you’ll misunderstand and make some big mistake in your work. If you make an effort to get on with your colleagues then not only will you improve your language by speaking more, but they’ll also be willing to help you when you need it. At the end of the day, working abroad is (in my opinion) the best way to improve your language, as you’re completely surrounded by natives. So although the first few weeks will be hard, muddle through and it will become easier!

6. What else did you do to improve your Italian?
I decided I needed to live with Italians to really immerse myself in the culture and also to make some friends. I found the city’s notice board and simply called people who were advertising spare rooms. I shared a flat with two wonderful Italian girls who were studying at university in Modena and through them I met their friends and families. I only watched Italian TV and only read books in Italian – so I had virtually no contact with English! I also got involved with a charity based in Modena called Modena Terzo Mondo and I volunteered to translate their website into English. I ended up translating roughly 17,000 words for the website and alongside helping the charity, it gave me invaluable translation experience and really improved my Italian. 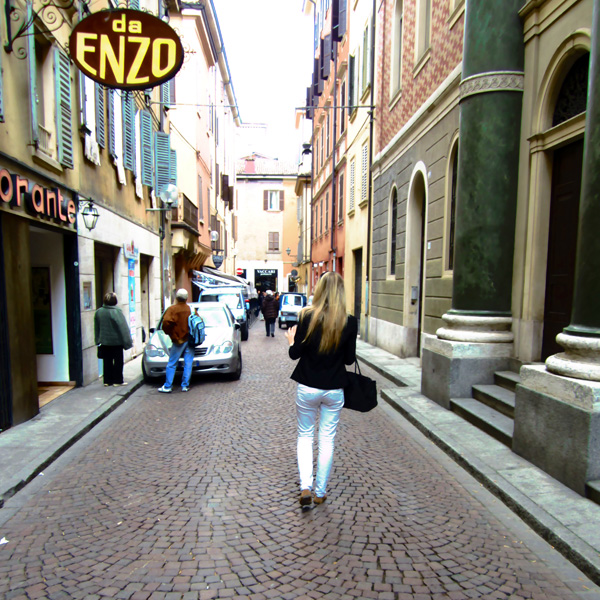 7. What did you do outside of work?
Once I’d settled into the city and felt comfortable, I started to get itchy feet and I began to travel to other parts of Italy, almost every weekend in fact! On a Monday morning my colleagues used to marvel at where I’d been each weekend, and I do feel like I’ve seen a lot more of Italy than many Italians themselves! Seek out the cheaper train tickets on Trenitalia by buying them in advance and even look into getting an InterRail ticket as it may work out cheaper if you’re travelling long distances.

One other important thing to remember is that most offices in Italy close for at least two weeks during August and everyone goes on holiday, so make sure you book early to avoid paying extortionate rates for transport and accommodation.

8. Do you think the experience helped you prepare for the job hunt after your degree?
Definitely. Having such a well-known brand on my CV definitely resonates with potential employers, and I know that being able to work in a foreign country, and more importantly in a foreign language, was the key reason that I got a place on the graduate scheme I’m now on. Doing an Erasmus Work Placement is a great way to stand out from the crowd, as most other graduates will only have had summer internships (which are shorter), so you’ll immediately have an advantage over thousands of other applicants.

9. Overall did you enjoy the experience?
Working abroad in Italy was one of the highlights of my entire degree and I’d recommend it to anyone – not only will you have a brilliant time living and breathing the culture, but you’ll instantly become a sought-after graduate with international experience!

What are the best ways to find an internship?

Have you spoken to the careers office or the study abroad office at your university? They may be able to direct you to opportunities in Italy - try them first!