Interning as a Journalist in Rome 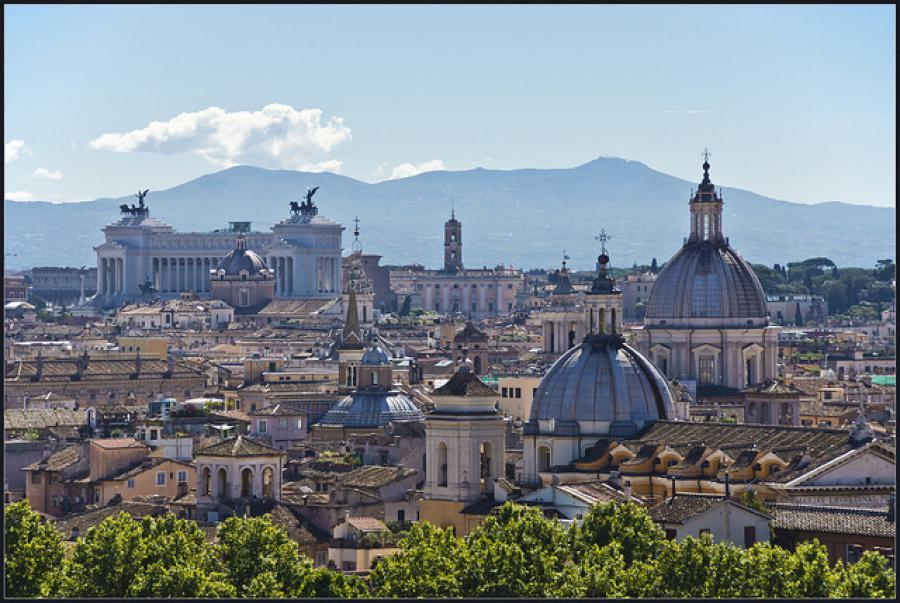 This article was written by Catherine Edwards, published on 14th July 2014 and has been read 6536 times.

Italy Rome Internships Journalism
Catherine is studying German and Italian at Oxford University and spent her year abroad doing internships in the German Institute in Bologna, Italy, at a newspaper in Rome and at AKQA, a digital advertising agency in Berlin. Here is her guide to finding and making the most out of an internship on your year abroad.

With world-famous sights around every corner and the combination of gorgeous food, weather, architecture and people that only Italy can offer, I'd recommend Rome to anyone. But what really made the difference to my year abroad was choosing to do an internship - I improved my Italian, gained invaluable work experience, and got to pretend to be an adult for a year, all while living in the world's most beautiful city.

My university has a fairly small Italian department, and wasn't able to help much with finding work, other than a variety of teaching placements. I'd been involved in student media during my first two years of university and wanted to build on my journalism experience, so I sent my (translated) CV to all the Italian newspapers I could find. A lot of the local papers were happy to take on an intern, but in typical Italian laid back style, they advised me to get back in touch once I'd arrived in the country before they would confirm anything.

The approach of just turning up and finding something on the ground could work well for more adventurous year abroaders than me, since there does seem to be a preference for arranging things face-to-face rather than via Skype months in advance. But I wanted to have a firm plan before I set off, so I kept on looking and eventually came across The Local, an English-language online newspaper with offices in seven European countries - the newest being in Rome! I sent off my CV, and after speaking to the editor I finally had an internship set up.

I spent the first couple of hours each day scouring the Italian press for stories and pitching the most interesting to the editor, who then selected the ones she wanted me to write up for the site. I enjoyed being free to choose what I wrote about, and usually wrote 2-4 articles each day. These ranged from serious stories about crime, unemployment and politics to bizarre 'only in Italy' stories, covering Berlusconi's dog, parmesan-flavoured ice cream, scandals in the olive oil world and outrage in Milan over a Christmas tree decorated with sex toys, to name a few.

The afternoons were spent on features, which usually had less time pressure than the news. I did interviews (some in English, some in Italian), compiled photo-gallery features such as this one about chat-up lines, and created profiles of Italians in the news. I was able to improve my Italian through the reading, translations and interviews, but doing the actual writing in English meant I wasn't pushed beyond what I could actually manage.

Perks of the job

First and foremost, I got a huge amount of insight into journalism - now that I'm coming to the end of the year abroad I have a much clearer idea of what I want to do after university. My boss gave me training in news reporting and many aspects of digital journalism, from CMS to how to make content go viral, and it was exciting every time one of my articles found its way into the 'Most Read' section of the site. Working at a news site was also an ideal way of learning a lot more about Italian culture - not all of it positive.

On top of that, I was able to go along to press events, including an exhibition, a press conference at the government, and a Christmas carol service (with mince pies - a rarity in Italy!) at the extremely fancy British Embassy.

Work/life balance as an intern

Internship hours are usually longer than those with the British Council or Erasmus schemes, but your year doesn't have to revolve around work! One thing I'd recommend is finding out if there's any flexibility in your working hours, particularly if you're not being paid (unfortunately this is pretty common in Italy, especially in industries like the media). I chose to intern full-time in the end as I was enjoying the work - but it depends what you want to get out of the year.

Despite the initial shock at adjusting from leisurely student lie-ins to an eight-hour working day, having a structured week pushed me to make the most of my free time. Alongside my internship I did some volunteering, several weekend trips around Italy and France, and lots of exploration of Rome itself. I also found some paid work writing freelance for a local magazine, and I had friends who fitted in tutoring, babysitting and translating jobs alongside their internships.

Tips for other interns

The best advice I can give to fellow interns can be summed up with 'if you don't ask, you don't get'. This applies to every stage of the process, so is a good mantra to keep in mind! Send applications to anywhere you can think of, even when you don't think you have a chance of getting the job. You never know what's out there and English native speakers are often in demand.

Once you begin your internship, make the most of it by asking about anything you're interested in, whether that's extra tasks you'd like to do, the possibility of flexible working hours, or general advice on the industry. Pick your moments, but generally people are happy to help!

It may be a total cliche, but you get as much out of your year abroad as you are willing to put in. Interning can be one of the best ways to do this and I strongly recommend giving it a go.

What are the best ways to find an internship?

Have you spoken to the careers office or the study abroad office at your university? They may be able to direct you to opportunities in Italy - try them first!