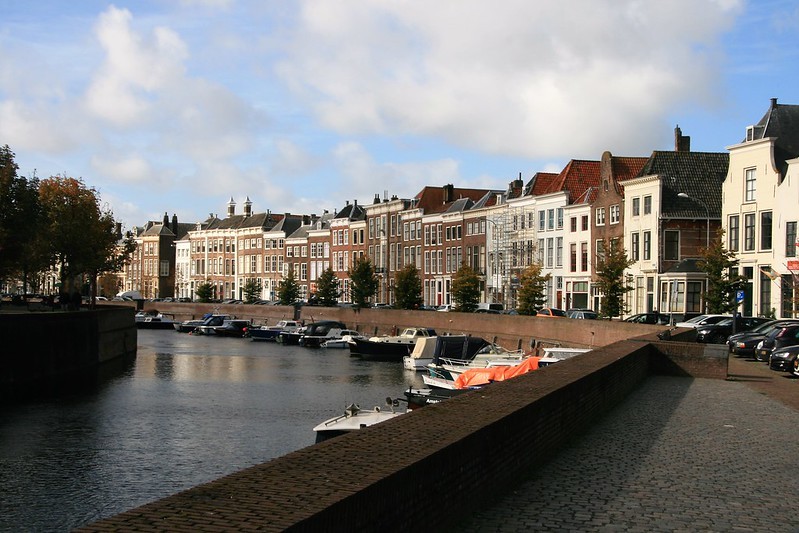 Middelburg, The Netherlands by Diethelm Scheidereit

This article was written by Global Graduates, published on 10th March 2020 and has been read 3303 times.

Lucy Small studied at Newcastle University with a term abroad at the University of Hong Kong. Since then she has lived and worked all over China. Last year she worked as an au pair in the Netherlands for three months in a small town called Middelburg with a Dutch family. "These experiences were fantastic and taught me a lot," she says. She learned an enormous amount, making friends with many of the local students and families and travelling all over the Netherlands and Belgium. Here is her advice about living in Middelburg.

When people think of the Netherlands they rarely think past the tempting streets of Amsterdam. But the Netherlands has so much more to offer than just one amazing city; world-class universities, varying landscapes and amazing architecture are just a few examples of what makes the Netherlands an amazing place. Having lived and worked in Middelburg for three months (in the heart of Zeeland in southern Holland) I was fortunate enough to be able to travel all over and explore this beautiful country.

1. When you arrive in the Netherlands
Most of the people arriving in the Netherlands land in Schiphol’s massive amphitheatre of an airport. From there you can go by train directly into Amsterdam central station (for about €3). Amsterdam station is large with lots of different floors, so can seem daunting but it also has an excellent help desk. If you’re heading to Middelburg it takes about two and a half hours with one train change. Once you arrive at Middelburg Station to your first glimpse of the town I would encourage you to walk to your destination. The station is about a five minutes walk from the centre – something to know taxis are not common and you should not expect to find one outside most city stations in the Netherlands.

2. Food
Like everywhere in the world, food is very important part of Dutch culture. Friets are essential! And not be confused with the Belgium frîtes – big mistake. Asparagus soup is a traditional and delicious Dutch food and of course cheese, cheese and thank god more cheese. And if you like sweets and cakes this country is the place for you – Stroopwaffles will soon be your favourite food ever. The Netherlands food culture is a real mix of colonial and international influences from throughout the years. You can find a unique mix of Caribbean and Indonesian food restaurants in most Dutch cities. If you’re looking for friets then my favourite was “Frietboetiek BT Anders” central, cheap and delicious comfort food. Every topping that you could ever imagine to go on top of your fries. Other great food spots for lunch are Vriendschap and Brasserie 1600 which are both cheap and cheerful. The city shines through with food culture during the summer when the food markets appear often and fresh local produce is everywhere!

3. The beach
The beaches around Middelburg are absolutely amazing in the summer. The Dutch are twelve steps ahead of the British on lavish beach life styles, there are beach houses up and down the coast fully stocked with great food and enough gin and tonic to sink a Navy ship.  In the summer the beaches are fully packed but 100% worth a visit.

4. Bikes
It is true, bikes are everywhere and you should get one ASAP. Everyone bicycles everyone including families in the freezing winter and the blazingly hot summer.

5. Essential to Pack
I am not going to lie in the winter it is COLD, bring warm clothes but you can of course buy clothes from all your favourite stores in Middleburg. In the summer pack your swimming costume, shorts, sunglasses (you get the idea) and prepare for a long bike ride to the beach.

6. Going out
The Dutch like a party, come winter or summer you will not be short of options. This is no different in Middelburg; in the winter the market square is filled with open-air heaters and brave people sitting outside wrapped blankets drinking hot alcoholic drinks. In the summer the square is overrun by hundreds of people enjoying the amazing weather with beer and gin and tonics. Some of my favourite bars were Seventy-Seven (on the main square often filled with university students but always busy and fun) Rooie Oortjes which is open until around 3 or 4am, is cheap and seems to let you smoke inside. Really there are an enormous number of places to drink and party in the city, and if you travel outside Middelburg to other cities such as Utrecht, Rotterdam and Amsterdam you will of course find even more places to drink in.

7. Language
Okay so Dutch is not a simple language. If you are staying for a while I would highly recommend taking lessons, however some of the realities with this are that most if not all Dutch people have exemplary English so practicing can be hard. If you are considering studying at Middelburg University (or any of the other Dutch universities such as Leiden, Utrecht or the University of Amsterdam) but are nervous about the language, don’t be – the language on campus is English and everyone is extremely friendly.

8. Transport around Middelburg and beyond
Travelling by train around the Netherlands was one of my favourite parts – the Dutch often complain about the ineffectiveness of their train systems but I think in comparison to the UK they are light years ahead. All the trains run on green energy, there is free Wi-Fi on all the trains, they are quick, simple and give you an amazing view of the country. In an hour and a half from Middelburg you could be in Brussels, or in Amsterdam.

9. Dutch Culture
Some of the clichés about the Dutch that are very much not true:

I found myself warmly welcomed into Dutch life, it takes a bit of time for people to warm to you but once they do they are fiercely loyal. Although I was a foot smaller than everyone, my love of cheese, dark humour and ability to cope with the occasional blunt comments helped. If you are interested in living, studying or working in the Netherlands I say go for it!