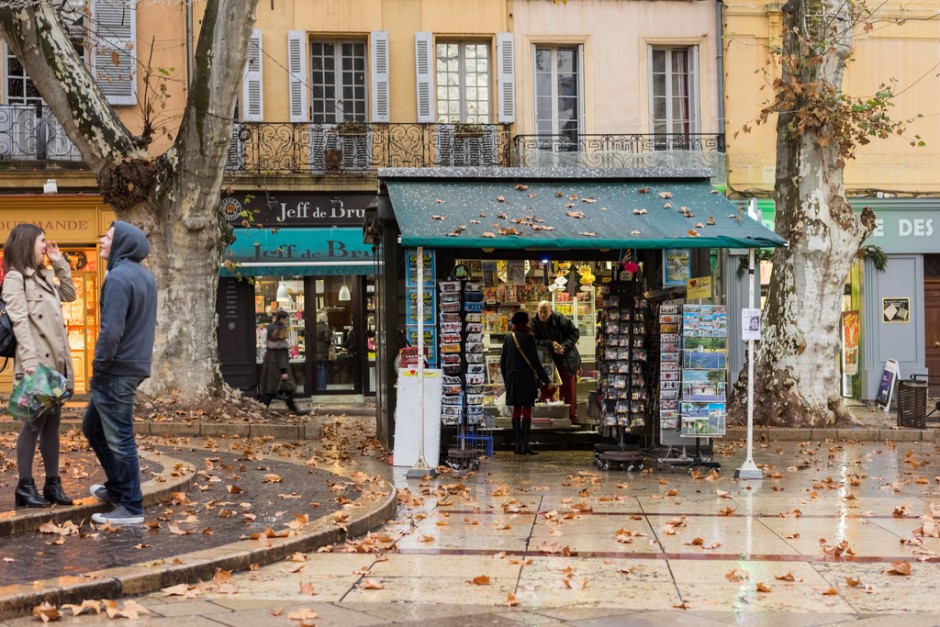 This article was written by Shannon Maile, published on 16th November 2016 and has been read 5225 times.

Shannon is doing an International Bachelor of Arts degree in French and Spanish in the National University of Galway, Ireland, and is spending her year abroad studying in Aix en Provence, France for the first semester of her Erasmus year.

I chose Aix-en-Provence for its historic reputation and for its picturesque Southern France landscape. I take classes in French and Spanish which is what I also study in my home university in Ireland.

So you’re going on Erasmus huh?
I know the idea of going on Erasmus can be daunting even for the bravest of people. Besides, you’re only human if you feel nervous or scared about leaving your comfort-zone at home to be thrown into the deep unknown of new places, new people and new languages. As a current Erasmus student, there is a lot that I wish I had known before setting off on my travels. That’s why I’m here to give you a heads up and get you prepared for the biggest change in your life. So, first things first …

Stressing over what essentials to pack is unfortunately one of the components of going on Erasmus. I would highly recommend checking the weather forecast before going to see what kind of temperature you’ll be facing. I made the huge mistake of not doing this and ended up in a long-sleeved turtleneck jumper in 36-degree heat. The summer months are usually scorching so definitely bring your vest tops and shorts but in contrast, the winter months can be extremely bitter so a few jumpers and a good coat wouldn’t go amiss. If possible, bring your own small duvet and pillow as a lot of student accommodation doesn’t give you this luxury.

2. Home away from Home

Depending on what country you come from, it is always important to bring things with you that have connotations to your home. If you’re from Britain or Ireland, that probably means bringing your own teabags, as the French are not keen tea drinkers. I personally brought over my own travel-sized kettle as I know that kettles are not popular kitchen appliances in either France or Spain. Even bringing over sachets of your favourite packet of soup or a picture of your grandmother’s cat, whatever makes you happy and comfortable is what is most important.

I’m personally using a phone deal from my mobile company back home at the moment for keeping in contact with family and friends whilst not eating up my mobile data but if not I would advise to pop down to Marseille and go to the “Free” store which allows you to get your own French SIM card and for only €20 a month you can receive 50GB of data, free calls to any landline number (yes even your landlines back home) and free calls to other French numbers. You’d be silly not to do it. Of course there is the social media aspect of keeping in contact. You can pick up Wi-Fi from most cafés or restaurants, just ask for the password and you’re reconnected once again.

Don’t say I didn’t warn you but living in France is as expensive as it looks. If you’re on a low budget, then you may find that Aix en Provence tugs on your pocket a lot. There are 3 main supermarkets dotted around the area, Monoprix, Casino and Franprix. Monoprix in my opinion would be the most expensive out of the bunch. It was the first supermarket I visited when I arrived and I thought I was going to cry when I saw some of the prices. Casino is relatively cheaper and has a good selection whilst Franprix’s are usually quite small but convenient nonetheless. You’ll find a Franprix not far from the university buildings, it’s the perfect stop in-between class for a baguette. Read more about money matters.

France’s food culture was initially a shock to me. In my country, eating baguettes, pastries and practically anything that has carbohydrates is deemed wrong and we are told to stay away from them but in France they are adored and heavily consumed. I can assure you, there is nothing quite like the taste of a freshly baked baguette and although the French eat these foods a lot, they’re only ok in moderation so don’t go too crazy on the carbs. My best find in Aix en Provence by far is Happy Days restaurant in Rue Mejane. It serves a decent-sized pizza or hamburger with a drink for only €10 and during Happy Hour you can get a pizza or a burger for only €5, a student’s dream! There are of course crepe stands all over the town but there is a particularly busy crepe stall in the underpass called Crêpes a Gogo which everybody lines up for. My favourite ice cream parlour is Haagen Dazs on Cours Mirabeau, it’s pricey but 100% worth it. I know a lot of cultures including mine like to indulge in greasy food after a night out but in France this doesn’t seem to be a thing. Instead there is a 24-hour bakery called Boulangerie 24/24 on rue Tournefort just off Cours Mirabeau where I usually get a slice of pizza at 5am after the club.

You may find the nightlife in Aix-en-Provence very different to your nightlife back home. Clubs open a lot later and close towards dawn. There are rarely ever any ID checks which is great if you’re small and extremely young looking like myself. The clubs themselves are usually quite small and condensed which makes dancing and general moving around a bit difficult. Smoking areas are also quite small unless you’re in Le Mistral where you can smoke indoors, but I personally don’t like that kind of thing. Drinks are very expensive in clubs so pre-drinks are essential beforehand. You can get a decent bottle of wine for over €3 or your average naggin of whatever liquor of your choice for around €4, cheap as chips! Out of all the clubs, IPN is probably the pick for me. It’s got a pole near the dance floor and raised platforms for you to dance on. Expresso is also another small quaint disco which primarily holds functions for Erasmus students on Tuesday nights and does a lot of drink deals and costume parties etc.

The French are very fond of having days off and doing things their own way without logic or reasoning. Streets on a Sunday are like a ghost town as everything is usually closed and there is nothing to do at all. Whenever you meet somebody who seems friendly enough, always say Bonjour or Bonsoir according to the time of the day. French people also like to do lots of kissing, two cheek kisses seems to be the norm in Aix and don’t be surprised if you see two teenage boys kissing each other as a greeting, it may not be common in your country where men prefer to fist bump but it’s perfectly expected here.

In conclusion
France is a very different but very vibrant and beautiful country and Aix-en-Provence is just a part of this wide range of beauty. Once you get used to some of the strange customs and embrace the love of eating all things sugary and salty then you will be like a fish in water here. It takes time to get used to such a drastic change in your life but you will meet some wonderful people who you will remember for many years to come afterwards. It’s also great to say that you have lived in one of those stereotypical cute French towns that are always used in Hollywood romance movies with Russell Crowe. One word of warning: its hilly, very hilly. Prepare for glutes of steel.