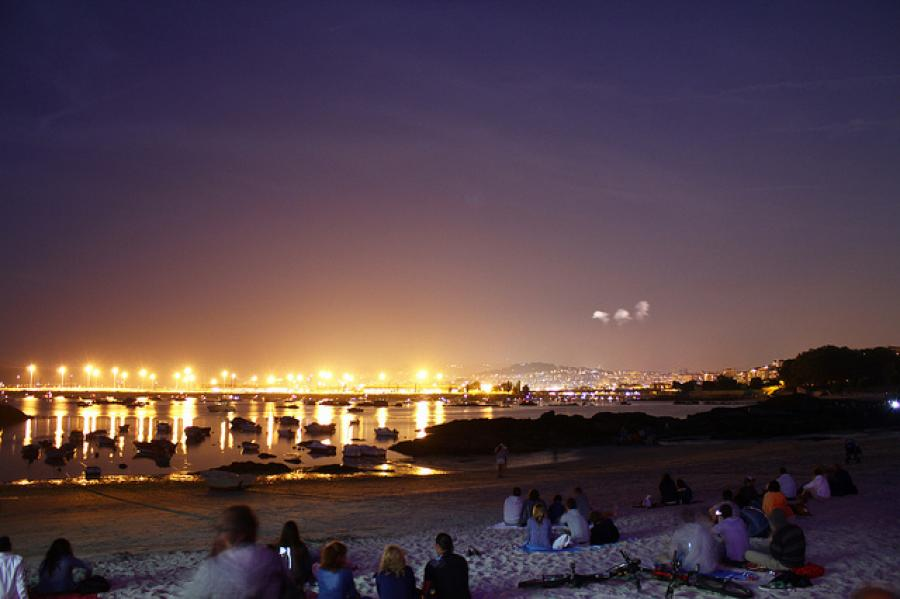 This article was written by Joss Bennett, published on 25th November 2013 and has been read 4314 times.

Spain Mole Diaries Language Assistant Sheffield Uni Vigo
Joss is studying Hispanic Studies at the University of Sheffield, and is spending the whole of his year abroad in Vigo, Galicia, where he is a Language Assistant. Here is his insider guide to surviving in the city - getting there, finding somewhere to live, eating and drinking, admin and ten things he wishes he'd known before he arrived in Vigo.

As a person who has not done much travelling alone before I kicked off my Year Abroad, and also as a person who isn’t the most confident – especially in new and daunting circumstances – the prospect of a year in Vigo (or anywhere that isn’t England) wasn’t the most exciting.

So when I arrived, and it promptly poured with rain for the first two weeks, my hopes weren’t exactly raised much. However, a year abroad is only as good as you make it, and Vigo is certainly a good example of that if you know how to get the most of out of it. And on that note…

If you’re flying from the UK, the best way to get here is to fly to either Santiago de Compostela (from London Stanstead or Gatwick) or Oporto near the Spanish-Portuguse border (again, from Stanstead or Gatwick). Both options are roughly a similar price, with the latter perhaps a little cheaper, and can be bought for between £30-40 if you book a month or two in advance.

If you fly to Porto, there is a bus direct from the airport to the bus station in Vigo (which is ideally situated, but more on that later) and costs less than €15. Getting from Santiago to Vigo is a little trickier, and involves a bus from airport to train station and then a direct train, which is also about €15.

The choice, as they say, is up to you. Flying to Porto has the advantage that, if you book with ‘TAP air’ from Gatwick, you get one free piece of hold luggage. However a word to the wise if you fly to Porto is that there are only two buses a day on the weekends (one at 10.45am and the other at 9.45pm). I didn’t know that when I arrived and I had to wait for a good three hours at the airport for the bus!

The next most important thing is sorting out your accommodation. Lots of my friends flew out to their new city during the summer and sorted a place to live nice and early, which is a good option if you have the time.

If you don’t, I strongly advise you don’t try to sort out a flat before you arrive. This can have disastrous consequences as one of my friends in La Coruña found out. Furthermore, while there is no harm in sending out a couple of e-mails or whatsapp messages to prospective flatmates/landlords in the week before you fly out, don’t expect a reply from many unless you actually call them!

Once you start looking, your best options are websites such as Milanuncios, EasyPiso, and Idealista. I would advise trying to contact as many people and set up as many viewings as you can in your first two or three weeks so you have a good idea of what you want.

While you wait for more permanent accommodation, Kaps hostel is a good place to set up camp. It has the advantage that it’s really close to the bus station and has its own kitchen and cooking facilities so you don’t have to spend all your savings on eating out. It’s also a good opportunity to meet other year abroaders – mainly English and American – and make friends.

The best place to live is around the Plaza de España (also known as Plaza de los Caballos) or Plaza de America regions. The former is closer to the centre of town where the bars and restaurants are and both are a short walk from the Gran Vía shopping centre.

Galicia is not an expensive region at all and in most places, you can get a decent meal and a drink for €10. On Gran Vía, there are lots of small cafes which are open for most of the day and often have free wifi if you ask at the bar.

For a finer dining experience, head to the port where there are lots of nice restaurants with fresh seafood and typical Galician dishes such as the infamous pulpo gallego (spicy octopus and potatoes). Being a seaside town, even the nice restaurants will have fairly cheap menus if seafood is your thing.

The main ‘going out’ areas, or where all the bars are, are Churruca and the Puerto del Sol. Here you can get cañas from €1 or €2, and if you have an Erasmus Student Network card, some places will give you discounts. A lot of bars also serve pretty decent free tapas when you a buy a round of drinks, too.

If you’re working as a Language Assistant, thinking about getting a private job, or just want a Spanish bank account anyway, you will need a NIE (Numero de Identidad de Extranjero) in order to open one.

This can be obtained from the police station in la Plaza de Independencia (near Plaza America), but you can expect to queue up on the day for a good while and then wait a further few days before you get your NIE number.
In terms of getting a phone, I suggest going to Orange or Vodafone and asking for a cheap phone with internet (or just the sim card if you unlock your normal phone). Nobody in Spain tends to text or make phone-calls and instead whatsapp is common-place, for students and adults alike.

10 quick things I wish I had known

1. Bring your umbrella. The rain eventually stops but not for a few months…

2. Visit the ‘Islas Cies’ – summer trips usually end at the start of October so get there while you can!

3. Get a Caxton FX currency card or you will get charged every time you want to withdraw cash. Mum and Dad can top it up too.

4. However attractive a proposition the beach is, it’s better to live closer to the centre of town if you’re keen on the social side of things.

5. As much as I envy the Spanish a guilt-free nap in the afternoon, the siesta gets annoying so make sure you do anything important before 2pm or after 5pm

6. Visit the many parks, where you can get outstanding views of Vigo, and of the sea.

7. BlaBlaCar needn’t be a scary prospect… It’s easy and cheap, and could be a great way to top up your Spanish.

8. Expect, but don’t fear bilingual conversations – Gallego is pretty popular (especially amongst the older generations) but everyone speaks Castellano, even if you have to prompt them.

9. The Erasmus Student Network (ESN) is a great way to meet friends from all over the world.

10. If you’re strapped for cash, there are hundreds of people looking for private lessons, where you can charge €10-15 an hour depending on ability and your own experience.