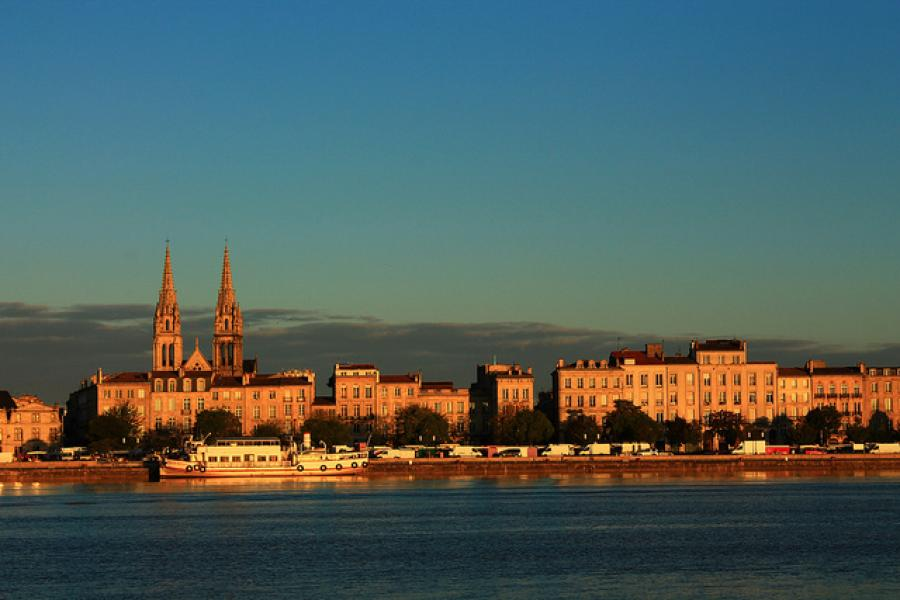 The nearby city of Bordeaux by jonathanv190

This article was written by Michael Winnington, published on 24th June 2014 and has been read 5218 times.

Mike Winnington is studying Modern European Studies (French, German and Politics) at the University of Nottingham. He spent ("probably the best") seven months of his Year Abroad as a teaching assistant in Talence, a suburb of Bordeaux. Here is his tried-and-tested advice about what you need to do before you arrive, finding somewhere to live, activities in Bordeaux, language advice and essential Bordeaux vocabulary...

Things You Need To Do Before You Arrive

Throughout the teaching assistantship application process, I was aware about the reality that my location was completely out of my hands. I knew that I wanted to be in the South of France, and only ended up applying for Académie de Bordeaux because I thought it would be the least popular southern region due to its Atlantic rather than Mediterranean location. However after visiting other southern cities, I'm so happy that I chose Bordeaux!

Last June I received confirmation that I would be teaching at a Lycée in Talence. My initial reaction was disappointment. I'd never heard of Talence. My parents hadn't heard of Talence. No one I knew had heard of Talence. So my first piece of advice for all future teaching assistants is to find your school on Google Maps because I soon found out that Talence is a suburb of Bordeaux, accessible to the city by tram. My fears of living in a French village in the middle of nowhere had fortunately not become a reality.

Once you find out where you will be teaching, make sure you contact your school, which brings me swiftly onto accommodation.

Some schools will be able to offer you accommodation, whether it is with another teacher or because there are boarding facilities at the school. Fortunately for me, one of the teachers at my school owned an unused studio apartment in a district of Bordeaux called Chartrons.

I have friends who were not as lucky as I was, so if your school cannot offer you accommodation, try using websites like Appartager and leboncoin. Trying to find accommodation while you're still in the UK can be really difficult, so I would recommend going to Bordeaux for a weekend in the summer to find accommodation before all the uni students and other assistants have arrived.

Top 10 Things To Do in Bordeaux

1. Get a picture of/with the miroir d'eau

2. Drink wine. Bordeaux is the wine capital of the world and it's hard to avoid this when you're in Bordeaux. There are tours in the vineyards through the Tourist Office everyday and you can get a large glass of wine from Maison du Vin for as little as €2.

4. Most museums in the city are free if you're under the age of 26. I would recommend going to an exhibition at Base Sous-Marine which was formerly a Nazi submarine base.

5. Spend your sunny afternoons in the Jardin Public and rainy days at Utopia, an art house cinema which was formerly a church.

6. Whether you like shopping or not, walking along Rue Sainte-Catherine (the longest shopping street in Europe) is an interesting experience. At one end are kebabs and tacky clothes shops, at the other is Apple and Le Grand Théâtre shortly after.

7. Eat French food. There are plenty of restaurants in the Saint Pierre district. Magret de canard became my dish of choice. Make sure you also try some oysters from Marché des Capucins.

8. Cheer on Les Girondins at Stade Chaban Delmas. If you want the best atmosphere, make sure you get tickets in le virage sud.

9. One of my favourite bars is the eccentric La Comtesse, with a mixture of antique furnature and theatre seats inside and an unforgettable toilet (if you ever go, don't forget to look up at the ceiling).

10. Visit the region as a whole. On your doorstep is the seaside resort Arcachon, La Dune du Pilat, which is the largest sand dune in Europe and Saint-Émilion, the beautiful village with world famous wines

As an English language assistant, I was of course meant to teach my students in English. I would therefore advise you to speak to fellow teachers in French as often as possible. The biggest downside of living in a studio by myself was that it restricted my contact with French people. I therefore found a language tandem partner through www.conversationexchange.com, who I met up with for coffee every week.

Another piece of language advice relates to transport. Travel by Covoiturage whenever possible. Not only is it cheaper than trains, it's also a great opportunity to practice your French with other people in the car. One memorable experience I had was translating the lyrics of Murder on the Dancefloor into French on my way to Paris.

1. poche - Most of you will know that this means 'pocket', however in Bordeaux it also means 'bag'. The first time I went to the supermarket I was very confused thinking that I'd been asked whether I need a pocket!

3. chocolatine - known to most people as a pain au chocolat, but not when you come from the South.

To read more about my time in Bordeaux and France in general, please check out my blog!