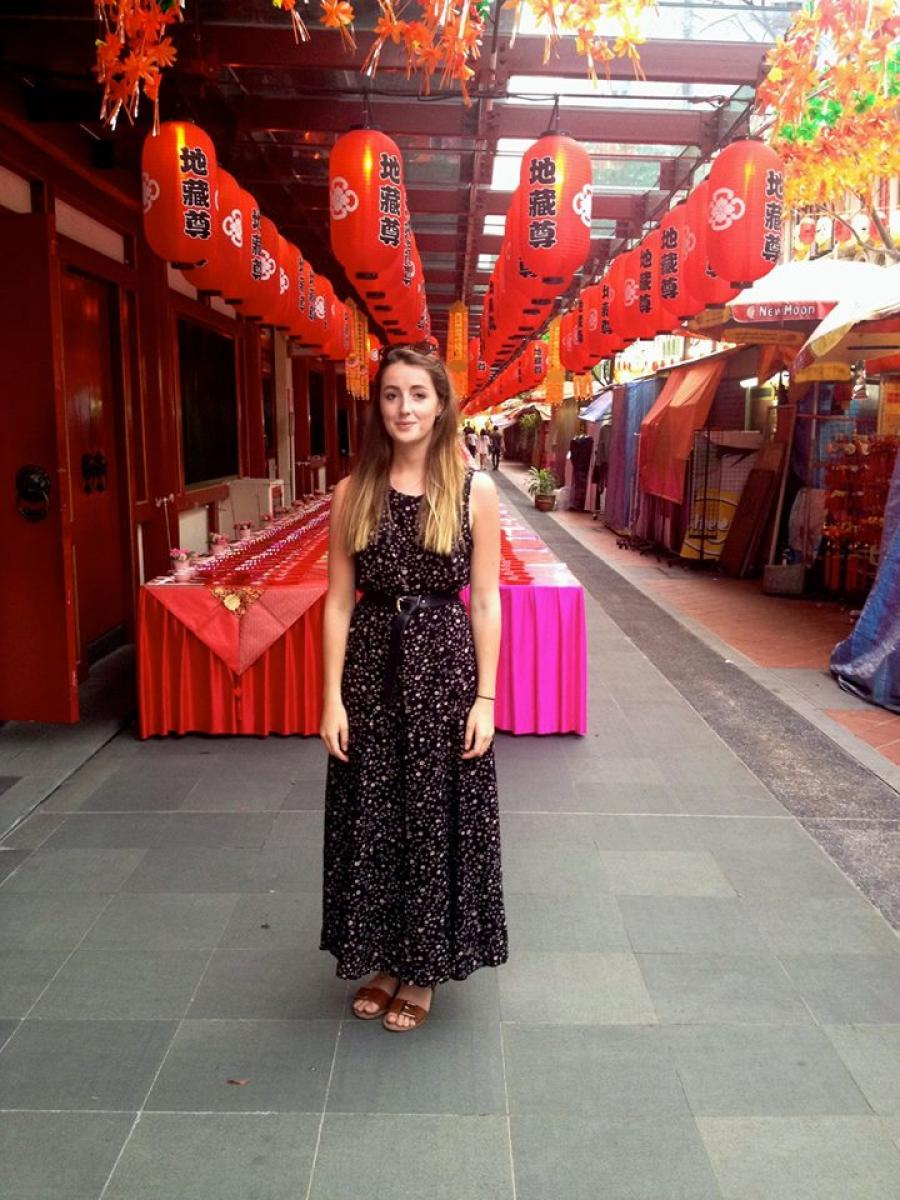 This article was written by Sarah Ricketts, published on 16th February 2016 and has been read 5387 times.

Sarah Ricketts is in her fourth year studying History and Political Science at the University of Birmingham, and spent her third year abroad studying at the National University of Singapore. Here's her insider guide to finding accommodation in Singapore, what to pack, the humidity and air con, language barriers, banking, the university, insurance, and exchange student support.

Singapore sits at the heart of Southeast Asia. Studying here offers you a chance to immerse yourself in a completely different culture while still being in a westernised city (where the common language is English). Singapore is full of unbeatable shopping and eating opportunities, and even a man-made island built specially for relaxing on the beach. But don’t miss the chance to experience Indian, Malaysian and Chinese culture, and how these all mix together to bring you the unique Singapore. So what else do you need to know?

Singapore is also a travel hub. This means that airline operators such as AirAsia, Tiger Air and Jetstar give you the chance to jet off to other Southeast Asian countries on a budget. For more about the places you could be spending your weekends, check this out. The university, National University of Singapore, is not only known throughout Asia but is also world renowned. Read on to find out more! What about things you might not know about Singapore until you get there? Well that's where I come in! I've even written you all a list of top tips...

But there are times when you need some home comforts. Take things like tea bags, mayonnaise, and chocolate with you. Tea bags are expensive, mayonnaise is very sweet and the chocolate isn't quite the same as ours. Cheese is also really expensive. British friends of mine got parents to bring cheese out with them if they came to visit, it seems to travel well! But don't fear too much! If you're in serious need of a little bit of Britain, Cold Storage is a supermarket designed for expats and it is full of British goodies such as kettle crisps that you can buy, albeit at a slightly increased rate... As there are so many expats in Singapore there are also plenty of British themed restaurants, including a fish and chip shop.

Toiletries in Singapore are quite expensive:

3. The humidity and air conditioning

Singapore has a tropical climate so it is HOT... very very hot and very very humid. But inside most buildings on and off campus as well as public transport you will find yourself freezing because of the air conditioning. Remember to pack a jumper or cardigan that you can take on and off easily between lectures so you can keep as cool as you can outside but keep warm inside, also don’t forget to take a bottle of water out with you – you’ll need it! This point is especially important for exams. I found the exam halls freezing! Especially as you are sitting so still for two hours.

4. Be prepared for a language barrier

Some of the older generation can't speak English or are less fluent in it. This often leads you to miming what food you want at the 'hawkers centre', their form of a canteen. It wasn't a big issue but something that you should be aware of. Also, the younger generation are all fluent in English but they do use 'Singlish' a lot. Often when talking to someone of the same ethnicity they will slide between English and their language. Even when speaking to someone from a different ethnicity there are common words that are their form of slang - it's actually really interesting and they're great at explaining anything you don't understand!

I decided to set up a Singaporean bank account. It was really easy. I just had to take them my passport and my Singapore ID (which you sort out once you're there). Once the bank account is set up you can transfer money from your UK bank account to your Singapore one. This does cost you money though, so consider other options too. One friend used an online website that charged you a small fee. Another friend didn't get a Singapore bank account. They instead got a UK credit card before they left that let them use it abroad with no extra charge. It’s completely up to you! This is the bank I used. The specific branch of it is called 'Frank', designed for students. You even get to choose really cool card designs.

Top tip: One thing to note is that Singapore banks only let you withdraw from certain ATMs. They're not universal like in the UK.

This isn’t the only university in Singapore but it’s the one I attended so I can provide a bit more information about it. Our partner university in Singapore is the National University of Singapore (NUS). NUS had a really great selection of modules, and I would definitely advise making the most of not only being able to take modules outside your normal subject but also modules that are run by some of the most prominent scholars in that field, such as terrorism in the region. NUS actually ranks 12th in the world on QS World University Rankings, so it is a great university to develop at academically... as well as to put on your CV!

The university is a campus based, offering you everything you need in one place! There are also buses that run between the accommodation and the main parts of the campus as well as the campus and the closest 'tube' station (MRT stations in Singapore). The campus is incredibly pretty as well (but slightly hilly).

The university has quite a lot of opportunities for exchange students. It has an exchange student society that runs events such as dragon boating, as well as a welcome 'party' (free food and a photo booth). I would recommend making the most of it. The university also has a 'buddying' system. You can sign up to this and the university will assign you a Singaporean student. Again, make the most of this! Some people's buddies picked them up from the airport, which meant that they had support from the beginning. Mine didn't but she was so lovely! She took me out to her favourite places to eat, told me a lot about insider Singapore things to do, see and eat. She even bought me amazing little presents!

My college - which I assume you will also all be in - had another form of this system. They assigned you to Alumni from the department. I had an older lady in her 60s, she was lovely as well. She took us out for meals as well as invited us to her own house for meals. She even put me up for my final night in Singapore! A perfect end to the year. Keep your eye out for emails about all these opportunities! It definitely really added to my year abroad and offered me connections that I intend to keep.

As I was at NUS they offered to provide housing, however not all exchange students managed to get this. But I think as I was there for the year I may have had priority. The accommodation I was in is called University Town. It is a really great place to meet lots of different exchange students (but not really Singaporeans). The accommodation itself was only three years old and had everything I could need... except for an oven and air conditioning. Some of the flats have A/C but not many, so you have to adapt to the heat pretty quickly. 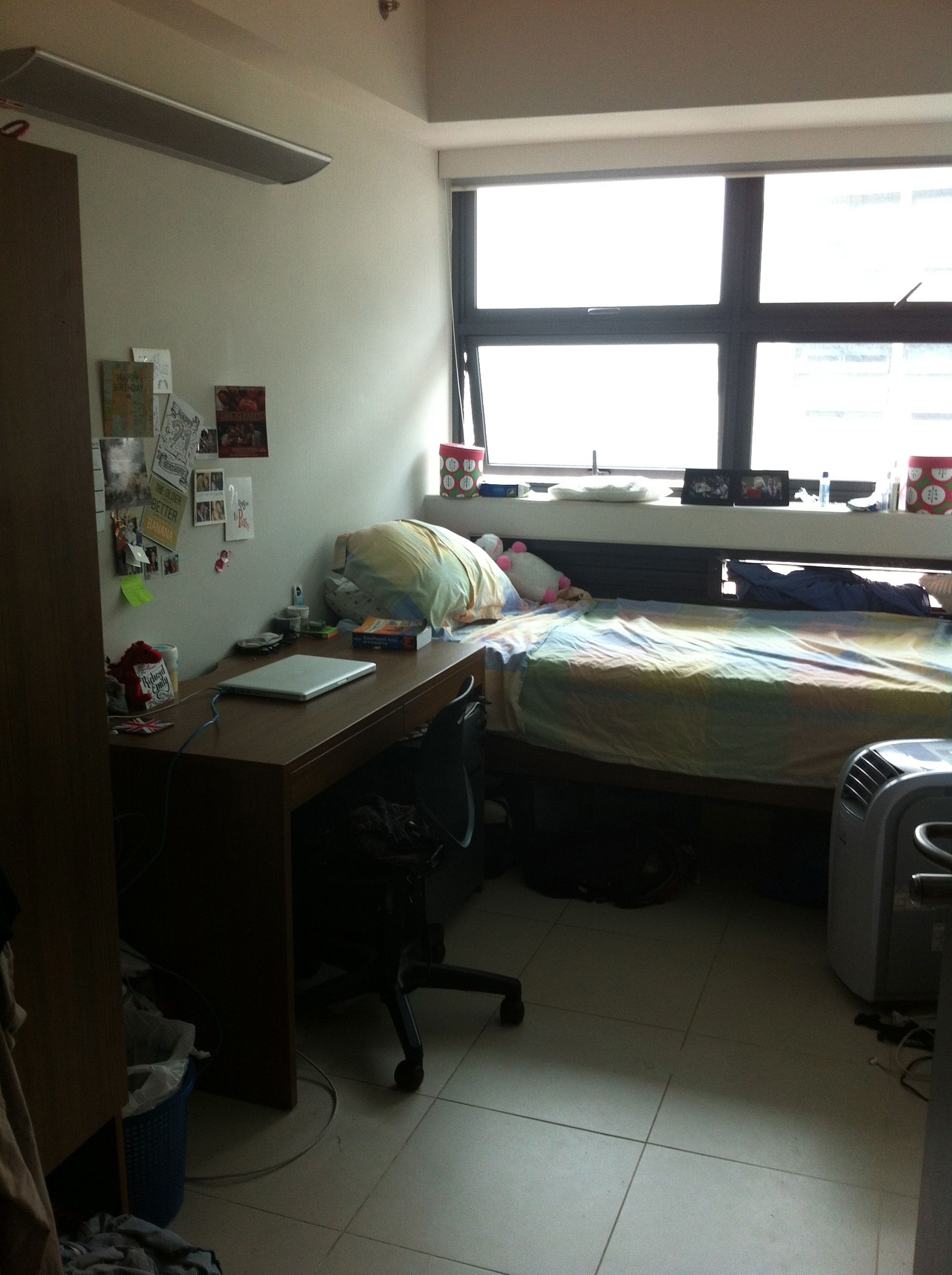 And here's my view! 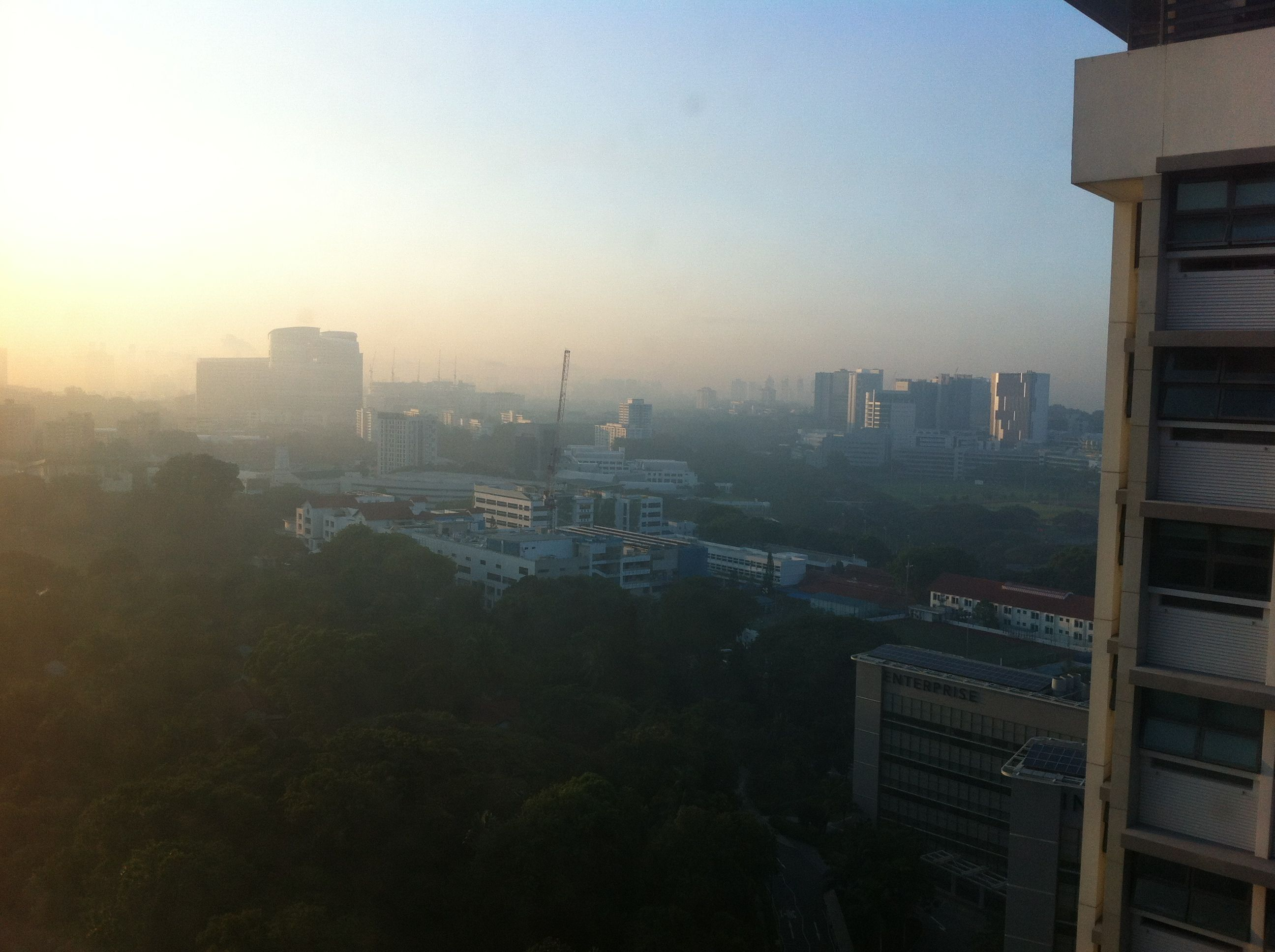 The site has two canteens (where you will end up eating all the time). It also has two small shops to buy essentials, a Singapore version of Boots, a hairdressers, a gym and a outdoor swimming pool, a 24 hour Starbucks and also study space (to read more check out their website). 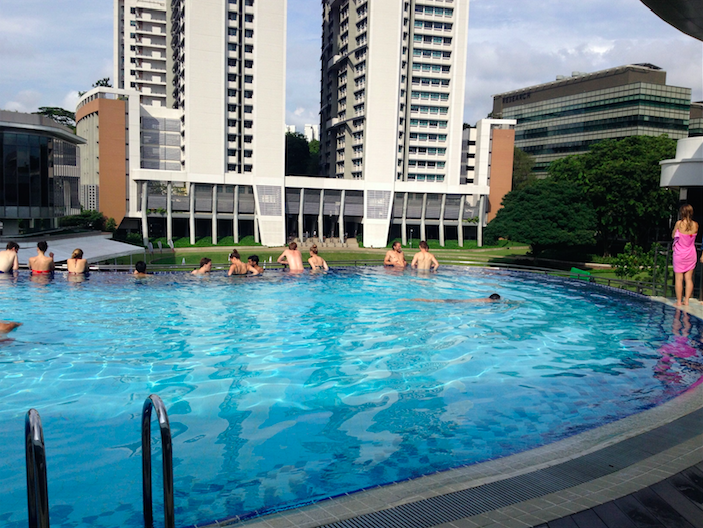 When you apply for accommodation you will be asked for three options, you can put Utown (University town for two, one with A/C/ and one without). I would recommend putting Cinnamon college as your third. This accommodation is right next to Utown but has a meal plan so it makes it even cheaper. Talking about price, accommodation is cheap if you get university accommodation. About half the price of Birmingham's.

My year abroad isn’t something I would change for anything! But the differences in culture may be daunting to start with. However, there are things you can do such as following the advice of the ‘Know Before You Go Campaign’ run by the FCO. It promotes knowing the local customs and cultures before you go, which helps you to not only show respect but also stay out of trouble. For instance, did you know that is illegal to import chewing gum into Singapore? Here’s some more information if you want to read more. It's also useful to follow @FCOtravel on Twitter and Facebook as they have up-to-the-minute advice on any chosen destination!