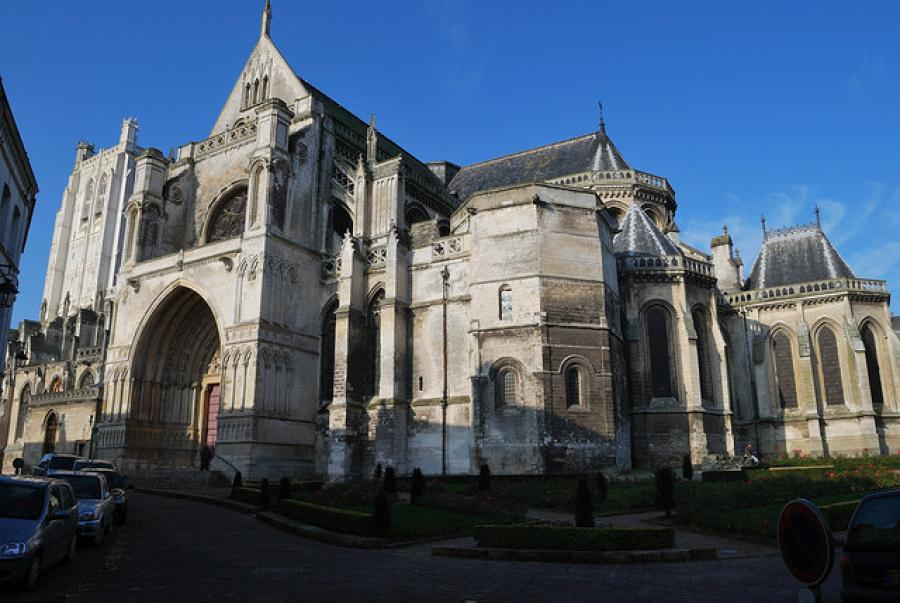 Cathedral in Saint-Omer by 8bitwintermute

This article was written by Gail Kirkpatrick, published on 24th June 2014 and has been read 4636 times.

Mole Diaries Language Assistant Glasgow Uni Calais
Gail Kirkpatrick is studying French and Spanish at Glasgow University with the aim of becoming a Modern Languages teacher. She spent eight months in Saint-Omer, Pas-de-Calais, France where she worked in a Lycée as an English Language Assistant. Here is Gail's guide to making the most of your time in the Pas-de-Calais: things to do there, essentials to take with you, and why she thinks a year abroad in a town in the north of France is better than in a city in the south...

My time in the Pas-de-Calais

I can’t say I was particularly enthralled upon being allocated a British Council job in Longuenesse, a suburb of Saint-Omer in the Pas-de-Calais region. I had selected Lille as my most desired destination. I was hoping to be working in the vibrant city itself, not an hour outside it in a town which, when Googled, appeared to show nothing of interest; a McDonalds and a prison were the only notable search results.

After months of panic I am pleased to say that the internet simply had not done the area justice. In Saint-Omer you will feel instantly at home and being threatened or scared is not something you need worry about, even at night.

I stayed right in the centre of Saint-Omer, on a typically French street dotted with patisseries and just a two minute stroll from the main square. Saint-Omer is a wonderful town, home to the accommodating and friendly inhabitants made famous by the successful movie ‘Bienvenue Chez les Ch’tis’. There may not be much to do in the town but, thanks to these enthusiastic and welcoming people, it makes for the ideal town in which to spend time, whether for work, study or pleasure.

Admittedly you could walk around Saint-Omer twice in a day, but not once did seeing the same things every day bore me.

It is home to its own cathedral; a visually striking building from the outside, and a beautifully tranquil place of reflection on the inside.

The public garden is well tended and the colourful flower beds and fountain make it a really serene and relaxing area in which to sit back and absorb ‘la vie quotidienne’. There is also a really pretty duck pond, reminiscent of something straight from the pages of an Enid Blyton book.

The town square is surrounded by bars – sometimes shabby but always charismatically quirky – which are typically quiet during the week but fill up each weekend. You never see any trouble either inside or outside of these places; it seemed to me that the French students weren’t drinking to get drunk as we are used to in the UK, and were always respectful of their surroundings. Although this may be due to the somewhat surprising cost of drinks, it was still a nice change from the nightlife culture at home. The square also has some fantastic authentic French restaurants, for example La Pataterie.

On Sundays a market is set up in Place Foch, where you can buy everything from fruit and vegetables to mattresses. It is bustling and packed with character, just what you would expect of a French market.

Train services into and away from Saint-Omer make day trips reasonably easy, although pricey without a Carte 12-25. The town is situated right between Calais and Lille. Calais is a nice town to stroll around, and to sit on the beach and watch the ferries travel back and forth across the Channel. Lille is packed with fun things to do; shopping, sports, theatre, opera, restaurants and nightlife. Saint-Omer is also not far from Paris, Normandy and even Bruges by train, all of which are obviously well worth the trip.

Essentials for a year in the Pas-de-Calais

1. It rains… a lot. Pack a lot of waterproof wear!

2. Ensure you have a good dictionary and make good use of Word Reference. It’s important to feel that you are using spoken language well, and not just the dated and basic phrases we learn in school.

3. Go with an enthusiastic and sunny disposition and you will certainly fit in.

4. Tolerance and patience are essential. As wonderful as the French are, I have found that timekeeping and organisation are not their forté!

In short, even if only for the fact that it is home to the best cakes and pastries you could come across… choose the North. Although it wasn’t the metropolitan experience I had hoped for, I found my time in Saint-Omer to be enriching and genuinely almost faultless. I would urge all those students hoping to be placed in a city, especially in the sunny South, to reconsider. France’s hotspots put places of true beauty in the shadows, and towns like Saint-Omer are often criminally overlooked. In the Pas-de-Calais you are guaranteed a ‘true’ French experience; the fresh smell of bread from the patisseries in the morning, absorbing the thick French accent of the café customers sipping their habitual coffees, and the feeling of waking up in a town where you are made so wonderfully welcome.

Mainly thanks to the Northerners, I could probably guarantee that students who are lucky enough to be placed in the Pas-de-Calais will have just as good an experience as I did. Tackling things like public transport, accommodation and the dreaded ‘CAF’ should seem so much easier with their help and, trust me; they will want to help you!