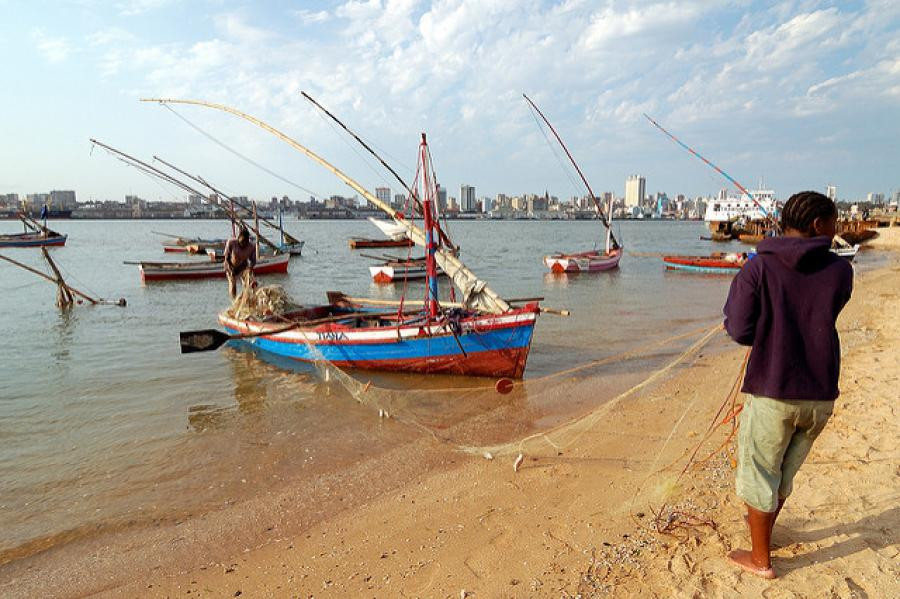 This article was written by Eleanor Osborne, published on 9th September 2016 and has been read 4934 times.

Ellie is studying Spanish and Portuguese at King's College, London, and spent her year abroad in Maputo, Mozambique. She says, "I chose Maputo for many reasons - mainly my interest in lusophone African history and because I wanted to challenge myself and go somewhere a bit more unusual. Before I left, I saw that there wasn't much material on Mozambique, something I would like to change as it was a fantastic destination!" Here is her insider student survival guide to having an amazing time in the city.

Someone once said to me that the longer you stay in Maputo, the city of acacias, the more attractive it becomes. This was definitely true for me, as my first impressions of the city had left me a little on edge; the number of people everywhere, the chaotic traffic, the run down buildings, and, most of all, the lack of street lighting at night which plunges the whole city into darkness, had me, for the first few days at least, in a state of quiet panic.

It wasn't into well into my second or third week that I suddenly relaxed and realised just how beautiful the city was. The streets are busy but not threatening, ripe for people watching, and lined with huge, old acacia and Indian almond trees making the city far greener than I had expected. The buildings, though in need of a lick of paint, are a a perfect showcase of cool modernism and the city is dotted with architectural masterpieces by Pancho Guedes, Herbert Baker and Gustav Eiffel. However, the thing I came to love most was ironically the thing which had most intimidated me in the beginning: the lack of street lighting at night. Why? Because wherever you were in the city at after dark, you just needed to look up and you would see the blaze of the southern stars.

3. Top Things to Do In Maputo

Food in Maputo can be expensive. My advice is not to shop in the supermarkets which are a total rip off for what you get. For fresh fruit, vegetables and fish, pulses and other basic essential items, go to the markets. The Mercado do Museu is a great place in the centre of the city to buy things cheaply and it is nice to get to know and support the women who work there. They may even teach you some of the local language, shangana.

You will never be short of a restaurant either but for cheap, home cooking, again, go to the markets. Mercado Janeta has many little canteens where you can get a gigantic plate of food for less that two pounds. For more on Maputo's markets, check out my blog. If you're looking for something more high-end, there is plenty of choice in Polana and Sommerschield.

I organised my accommodation through a contact at the university before I arrived. If you are studying, I recommend living in one of the university hall's of residence. Whilst they can be basic, it will offer you an invaluable opportunity to get to know Mozambicans of your age which can be difficult otherwise. The residences are also very cheap and their canteens offer a full three course meal for as little as 40p!

Private rents are harder to find and having a contact who can point out the good areas of town is helpful. Check out the classifieds at Olx.mz.

For the adventurous, couch surfing is also recommended for a temporary solution or you could stay in one of Maputo's two backpackers' hostels: Fatimas and Base, both are a bit of a rip off but not terrible.

I would recommend sorting your accommodation before you go however, as it will make your arrival in Maputo less stressful.

For a full low-down on the city's shambolic public transport situation take a look at my blog. In summary, you have three options:

Taking public transport in Maputo is not for the faint-hearted – but definitely recommended. You will earn your stripes and experience life as a local.

The Portuguese from Mozambique is easy to understand, though it does boast a smattering of slang which can be helpful and fun to know and use.

It's telling that I almost forgot to include a section on personal safety: Maputo is generally a perfectly safe city. The most common crime is opportunistic – pick-pocketing, bag snatching etc which, like in any big city, can be avoided by using common sense. Don't walk alone at night after 10pm or so on unlit streets you don't know. Violent crime, robberies and break-ins, are uncommon but do happen from time to time, so take adequate precautions.

There are two no-go streets in the city centre: the twisting footpath which is known as the Snail and which connects Avenida Marginal to Federic Engeles. The Snail is a hotspot for muggings as it is in the middle of an area of bush and is completely isolated from the rest of the city. You have absolutely no reason to go there, unless you want to take a short cut. Don't: it is not worth it. The other street which should be avoided if you are alone is the Avenida Marginal which is a shame because it is right next to the sea, but again it is pretty isolated and there are normally not many people around.

As a rule of thumb, where there are people, you will be safe.

The biggest nuisance of all are the police who will target you for bribes and can be very threatening. They may ask for your passport and then refuse to give it back unless you pay them. This can be remedied by carrying around a notarised copy instead of the original. In all your dealings with the police, it is vital you remain calm, smile a lot and stand your ground. This can be difficult when you they are waving an AK-47 in your face but don't worry – for the most part they're not loaded (they can't afford the ammunition), and the police just want to intimidate you. Don't let them.

As a foreign woman, especially in bars and clubs, you will receive far more attention than you are used to. However nearly all of it will be perfectly innocent and just a bit of a nuisance. I was expecting a lot more aggression and grabbing before I went, as well as catcalling. But Mozambican men can actually be quite shy with foreign women they don't know. I hardly got catcalled, though I got a lot of stares, and it was really only in bars that they would become more persistent. They will mostly tell you that you are beautiful and that they want to be your boyfriend, which is quite sweet and definitely better than bellowing “Show us your chebs!” as their English counterparts are prone to do. Just don't take it seriously and if in doubt, get a near-by woman to help you out of a situation you don't feel comfortable with.

Which brings me to my next point, attitudes towards women in Mozambique can be pretty contradictory. It is very much a macho culture and attitudes can be pretty backward, not to mention traditional practises such a polygamy still going strong in parts of the south and the Muslim north. However, women are also successful in business and politics, and in more cosmopolitan areas, like Maputo, they go out drinking and partying just as the men do. You will see once you arrive what the cultural expectation of your behaviour as a woman will be, and you would be wise to adhere to it. That being said, your foreign-ness will allow you to get away with things Mozambican women perhaps wouldn't be able to.

Homosexuality was legalised in 2015, however I would say this law does not reflect societal attitudes as a whole. Even in Maputo which is relatively cosmopolitan, homosexuality is not publicly condoned and outside of the capital – forget it. Attitudes will be more hostile depending on how traditional the community is.

That being said there is an interesting underground gay scene in Maputo with secret parties and gatherings. Gays and lesbians use grindr and other apps, as they would back in the UK (though there are not many users). LAMBDA – an NGO dedicated to the protection of gay rights in Mozambique is a great starting point if you want to make contact with the community.

See the answer to the previous question: How do I transport all my stuff? It recommends a good firm called Send My Bag.