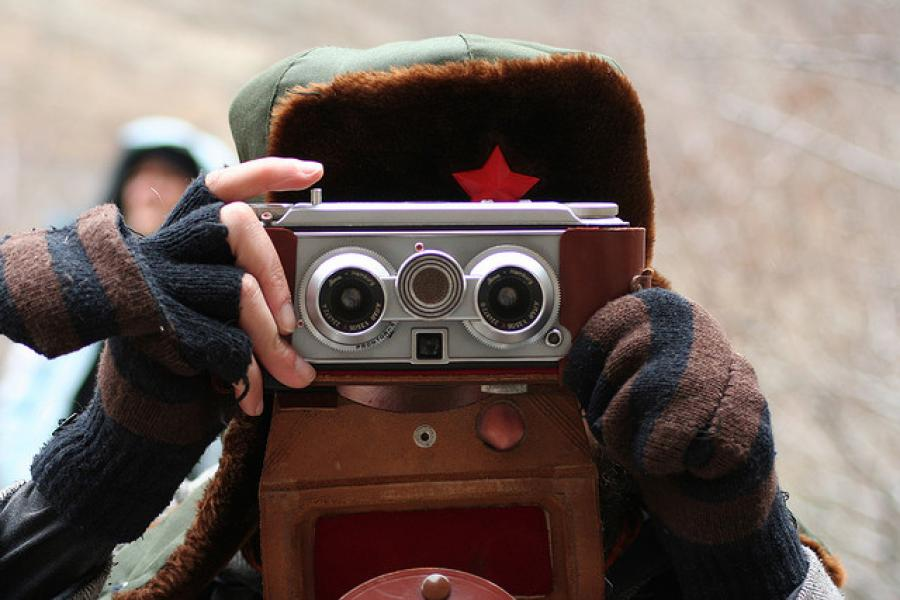 This article was written by Chloe Saunders, published on 28th February 2013 and has been read 6061 times.

China Chinese Travel Journal Birmingham Uni
Chloe is a student at the University of Birmingham, and is spending her year abroad studying at Beijing Language and Culture University. Here's her account of her Inner Mongolian adventure...

We’ve all had the holiday from hell, but I doubt you’ve experienced one as bad as my trip to Inner Mongolia.

After a month of settling in to my year abroad in Beijing, the University informed us that we would have a week off for Mid-Autumn Festival. Great! A chance for me to get out and explore China. I had my sights set on Xi’an, Shanghai and Guangzhou but to my disappointment my passport was being updated for my residency visa which forbade me from travelling by plane/train or staying in a hotel. Determined not to spend the week moping around campus, I went to the on campus travel agency recommended by my new Irish friends who had decided to go to Inner Mongolia for the week. They told me no passports were needed so it seemed ideal. Showing my interest to the tour operator, his eyes lit up and dutifully gave his Inner Mongolian spiel. £250 lighter my Mid-Autumn Festival week was sorted, Inner Mongolia here I come!

We were told it would only take 7 hours to get to Inner Mongolia from Beijing. I’m not sure if there was a mistranslation but we were on the bus until 10pm that night! As we journeyed through the endless Inner Mongolian roads we received no information about where we were stopping, eating nor most importantly tourist attractions. It was only when we were welcomed by a large mountain petruding through the muggy skyline that we realised we were at our next destination, The Hanging Temple. It was beautiful and certainly a sight for sore and rather tired eyes. It seemed as though everyone in China had the same idea to visit Inner Mongolia as the queue to look around was huge. After lining up we realised that the temple was built into the side of this mountain, held up by mere pieces of wood. It was quite surreal to think at any moment it could collapse but we didn’t care for it was stunning. 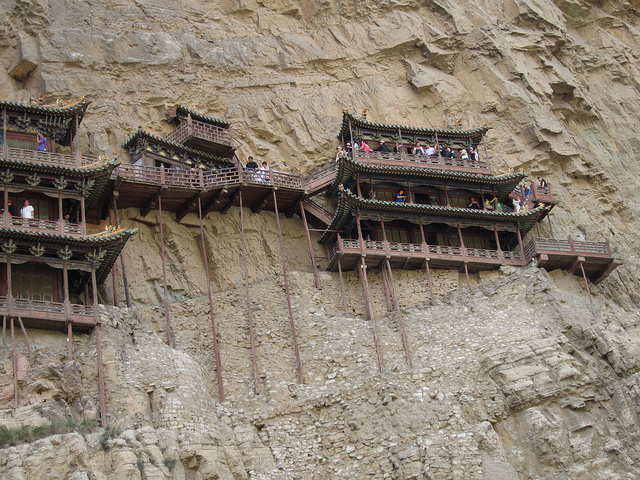 In the blink of an eye our visit was over and we were escorted quickly back on to the bus. Reviewing the itinerary, we were due to look at the Datong Yungang Buddhist Caves. While our ‘tour guide’ was still on the bus downing a couple of baijiu shots we discovered a monk melting candle wax. My friend asked for a picture and a few moments later he started chasing her around the temple. His monk friend then grabbed a fistful of grapes and proceeded to feed them to us. I don’t know if it was the spiritual feel to the place or sleep deprivation but they were the best grapes I’ve ever had. Suddenly one of the monks takes his very incongruous modern smartphone from his pocket and asks us to pose for a picture. Again it was all very surreal and I will never look at monks in the same way.

After another uncomfortable night in Datong we had a long journey to the Grasslands. This was the essence of Inner Mongolia, traditional Yurts set in acres of grassland with no electricity or running water. I thought if the Inner Mongolians can do it then how hard could it be? It was pretty bad I must say. From outside the Yurt itself was impressive but inside it was cold and the sheets looked less than fresh. At night the Grasslands reached sub-zero temperatures and I was on the verge of hypothermia. I had to go and ask the kitchen for some hot water which I poured into plastic bottles in an Art-attack makeshift style attempt at hot water bottles. Despite a combination of wearing my entire suitcase and now lukewarm bottles dotted across the bed, I was still cold. 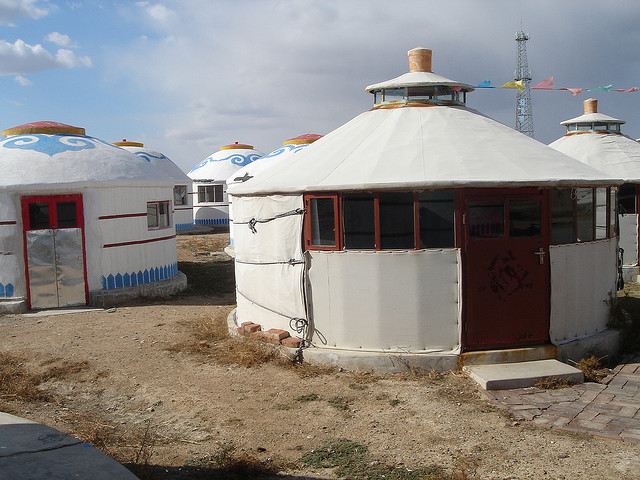 Looking out of the window on the too familiar surroundings of the bus we arrived at our new destination. We were greeted by a luxurious resort nested next to the splendour of the Gobi desert. After dinner we were entertained by traditional Inner Mongolian dancing in front of a large bonfire whose flames seemed to lick the night sky. The next day we headed early to the desert which was unusually cold. Again only having a few hours to explore we had to make the most of it. And that we did! We went zip lining across the desert, rode quad bikes and took a camel ride around the sand dunes. Fantastic! YOLO certainly springs to mind.

After checking out of the hotel we had lunch and made our way back on to the dreaded bus. Despite an enjoyable day, tensions remained high among passengers. A French girl sat at the front of the bus decided to confront the tour guide about his incompetence. Unfortunately he was not in the most sober of states and he started to get aggressive with her. Like a Watchdog investigation she took out her expensive camera to record his drunk and disorderly behaviour. He went ballistic and attempted to punch her and remove her camera, much to the shock of the passengers on board. The French girl’s boyfriend defended her by attacking the tour guide and threw him to the polyester lined floor. The bus driver looked bemused and decided to stop the bus. Some male passengers marched to the front in an attempt to help but due to the lack of space they just stood there and watched. The French couple decided to swap seats with some Italians which kept the peace while our tour guide muttered a series of threats against them for the next hour.

Morale was low on the bus and we all decided that any more touristy stuff would not be appreciated. Much to our delight an early drive back to Beijing was decided. We lunched in our final stop at Huhhot. Out of nowhere the tour operator who sold me the ‘holiday’ was there. He tried to mollify our disappointment by buying us lots of fancy dishes and declared we could have anything we wanted. On the way back to Beijing a letter was ferociously conceived outlining the chaos of events that had happened. We’d all had enough and needed a good night’s sleep in our own beds. Another attempt to say sorry was made with a free McDonald’s at 2am. I wasn’t very hungry and too tired to think straight - I just grabbed my case and ran to my student dorm, afraid that I might have to stay on the bus for a minute longer.

As I stood outside my room, I realised the nightmare was over and I collapsed into bed. Next time I’m staying in Beijing!