Industrial Placement in Germany as a STEM non-linguist 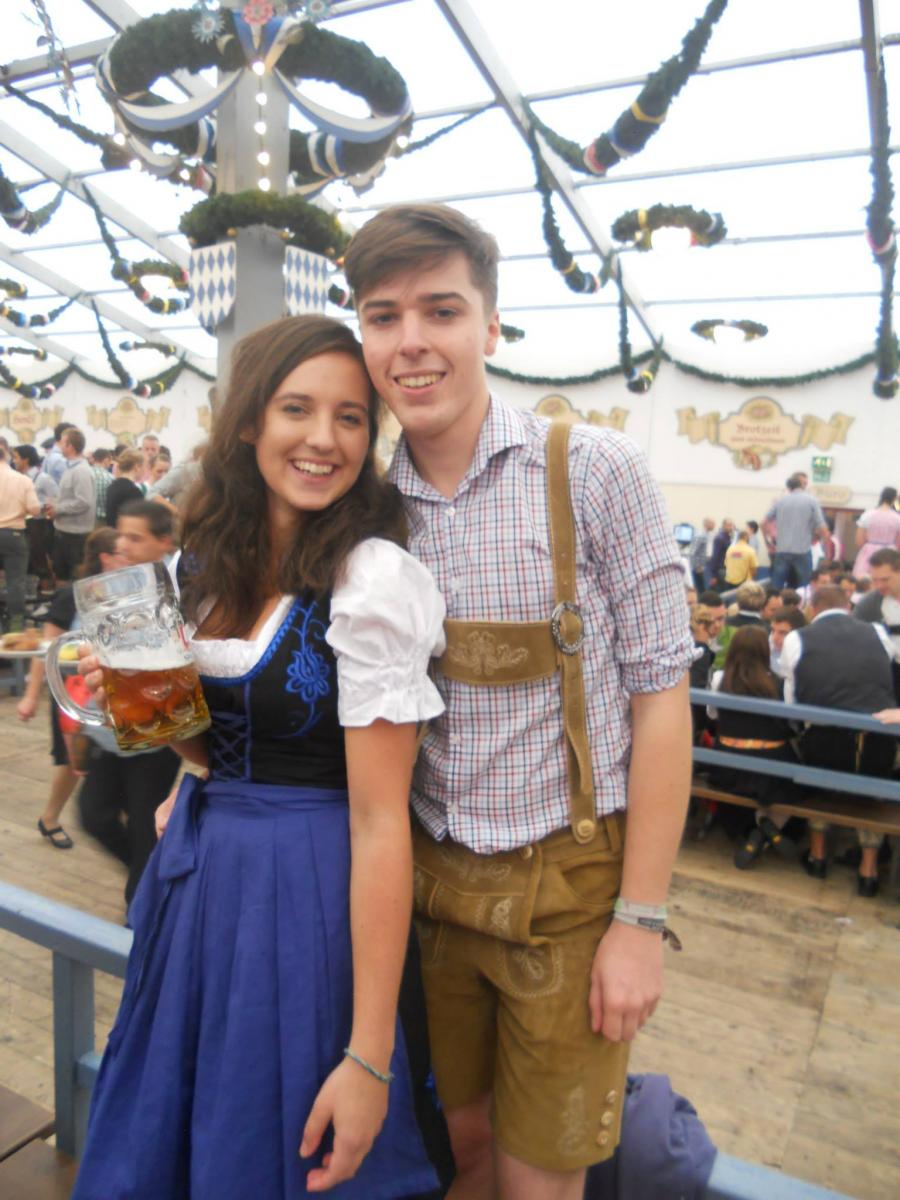 This article was written by Alex Stuart, published on 16th April 2014 and has been read 5368 times.

German STEM Germany Not a Linguist
Alex Stuart is studying Computer Science at Aberystwyth University, and is spending his year abroad doing an Industrial Placement with Areva as a software developer in Erlangen, Germany. He took the opportunity to work in Germany with very little experience of speaking the language. While most of the other British students he has met out there have been studying German for up to 5 years, he has had a very different experience. Read on to discover why Alex chose to work abroad in Germany despite not having the language skills, how his year has differed from his German speaking peers', and why working abroad makes such a big difference for computer scientists - and equally other STEM students.

What’s the Wurst that could happen? Alex's not so conventional year abroad opportunity...

In April 2013, I was a desperate man. I had applied for a number of positions for my computer science industrial placement year but with no success, missing out in assessments and interviews. But then a series of events began to work in my favour. A job that had slipped past my radar the winter prior had reopened, and the placement was being presented to new applicants. “Industrial Year Position-Still Available-Germany” read the email title from my course coordinator. I hadn’t planned to work abroad, but in my current situation did I really have a choice? I submitted an application at the start of May, had been interviewed by the 14th, and barely a week later was officially offered the position, to start just one month after that. In no more than 40 days I had gone from being an overworked student in Aberystwyth, to a professional software developer in Bavaria.

There was one big problem. My knowledge of the German language was…limited. I had been taught it in school, but only for something like an hour a week back in year 8. Since then I’d gained a GCSE in Spanish, dabbled in Italian, and filled up most of my lexicon with acronyms, abbreviations and code extracts for my degree scheme. I was promised it would not be a problem for the job; Areva (my employer) is a French owned company and the business-language is US-English, and coding languages themselves are typically English language ‘born’. Yet it is hard not to feel slightly anxious at the prospect of moving to a country where your vocabulary barely covers a taxi from the airport, let alone renting a flat or surviving a day in the office.

Areva’s reputation as a world leader in technologies for Nuclear Power and Renewables was simply too good to start getting cold feet over though, so at the end of June 2013 I began my journey to Erlangen with nothing but my wits and a small Collins DE-EN dictionary to get me through. My home town for the year is an interesting place, stuck half-way between the ‘Franconian Venice’ that is Bamberg and the historically significant hub of Nürnberg. Erlangen is a weird cocktail of a large university population - somewhere around 37000 students - mixed with the international employee pool of the many global companies found here. It even had a surprising tie to friends back home; its twin-town in the UK is Stoke-on-Trent (your fun fact for the day!). 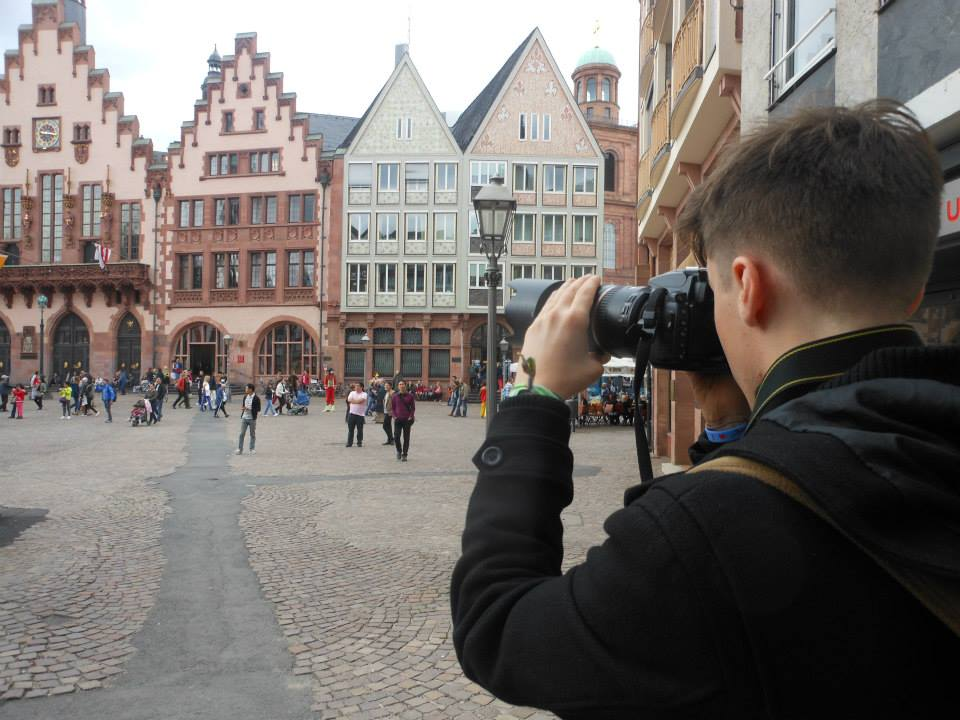 The first few weeks were educational to say the least. I was playing chicken with the language barrier; sometimes it would be no problem at all, like setting up a bank account or registered at the Rathaus as the staff were bilingual and used to foreigners applying. It was often more menial tasks where my lack of German hindered me: getting Tax forms, figuring out how to do the laundry, shopping trips. Youngsters and white collar workers speak better English than half the people I hear back home, but many pre-unification adults spoke German only, and in a thick Franconian dialect.

Initially I planned to dedicate myself to reaching some degree of fluency in Deutsch, but it did not take long to realise that working a 40+ hour week contract while trying to maintain friendships and relationships across Europe, and throwing in as much travelling as possible along the way, leaves little time or energy for mastering a language on top of that. Instead, it has been acquired slowly through occasional lessons from friends, messing around with Duolingo and picking up words around me. It’s probably a mix of laziness and meeting a lot of people who want to practise their English, but learning German cheaply and quickly turned out to be a lot harder than I imagined. I’d definitely recommend sorting working abroad early, so that you can use all the help that Erasmus can offer! Conversely, I’ve found it quite a lot easier to learn programming languages out here than I ever could in University. Perhaps it’s the pressure of responsibility, or the knowledge that it can be the only way to ‘communicate’ with a project team spread over 3 or 4 departments and a handful of countries.

Besides the language being a massive struggle, I’ve tried my best to immerse myself in the culture, and in Bavaria there’s really only one place to start. You can have beer for breakfast (with Weißwurst, natürlich) , find it in the work canteen (although normally non-alcoholic), sit outside the Rathaus and drink a bottle at 2pm, share a crate with friends in the park after a day in the office or even enjoy it on a train to Munich. During the warmer months, there’s a festival for it every week, their season’s end signalled by the world famous Oktoberfest. It’s a completely different drinking culture to the UK (or the US, for that matter) with almost all beer being locally brewed, a percent or so more alcoholic than we’re used to and of much richer flavours…and heavier hangovers! It really is a keystone of the nation, and one that I know I will sorely miss when I leave.

3. Near, Fahr, Wherever You Are

Without a car, there are 3 ways to travel in Germany. By foot, which appears to be specifically for very short journeys, or exploring hills in all of the Jack Wolfskin equipment you have invested in. By bike, for travelling about your home town. The Germans have the sort of cycling infrastructure I long for in Britain: pavements are split half-and-half to allow for cyclists and pedestrians to coexist, bike racks and renting stations are everywhere, and even the forests are criss-crossed with flat cycle routes. The final option is the all-powerful Deutsche Bahn, which can get you just about anywhere you want in the country’s borders, and a fair few places beyond. From Berlin to Munich, Frankfurt to Dresden, Prague to Paris, they’re all reachable through one service or another, a situation I have taken advantage of! And with region tickets like the “Bayern ticket”, or the “Wochenende ticket” for discount weekend travel, they can be reached for really affordable prices. Travel in a group and the deals get even better, and when you’re situated slap bang in the middle of Europe each weekend becomes a game of “where next?”. As an enthusiastic photographer, it’s given me no end to new opportunities to shoot; landscapes, wildlife, cars, people, architecture, all new and different every time.

As computer scientists, we’re stereotypically considered socially reclusive nerds. The same goes for mathematicians, engineers, and a number of other science majors. Be it a true image or not, a year abroad can put an end to it. Our degrees prove our technical skills, but moving out the country is perhaps the best proof of one’s personal skills.

Think of it this way:

1. You’ve worked in an office with colleagues who don’t share a first language with you, probably discussing technical/scientific things on a career specific internship. That’s a glowing example of your communication skills.

2. It takes a defining amount of confidence to move hundreds of miles from home and set up a new life, from buying food to socialising.

3. It’s ‘REAL’ real world experience. Especially in professional computing careers, you’ll end up working in teams that spread between the Americas, Europe and Asia on a more than regular basis. What better way to experience it than to be in the international bubble?

4. You’ve gained cultural and social awareness that someone who has worked hard but stayed in one university town for 3 years will struggle to compete with, even more so if you become conversational in your new nation’s language.

5. Do you want to prove that you understand nuclear physics? You’ll struggle to find a better way to prove it than describing when you had to untangle a translated document to make sure that all of your team understood how you were working on your current project.

6. You’ll (hopefully...) make a lot of new friends. Networking in your home town is great, but to have contacts all over the world opens doors you can’t even begin to imagine.

My year abroad draws to a close in June, and it is amazing what this year has offered me. No doubt my friends taking an industrial year back home have made great achievements in their professional development, but I don’t think it’s unfair to say that I have learnt far more than most this year. For each step forward I have taken in the field of computing and business practise, I have matched it as a traveller, as a photographer, and as a globally aware individual. People and experiences I wouldn’t have dreamt of a year ago now sit as highlights of my life. Our peers studying languages have known this for a while, but working abroad truly is an enlightening experience that’s well worth the risks, and one you will never regret.