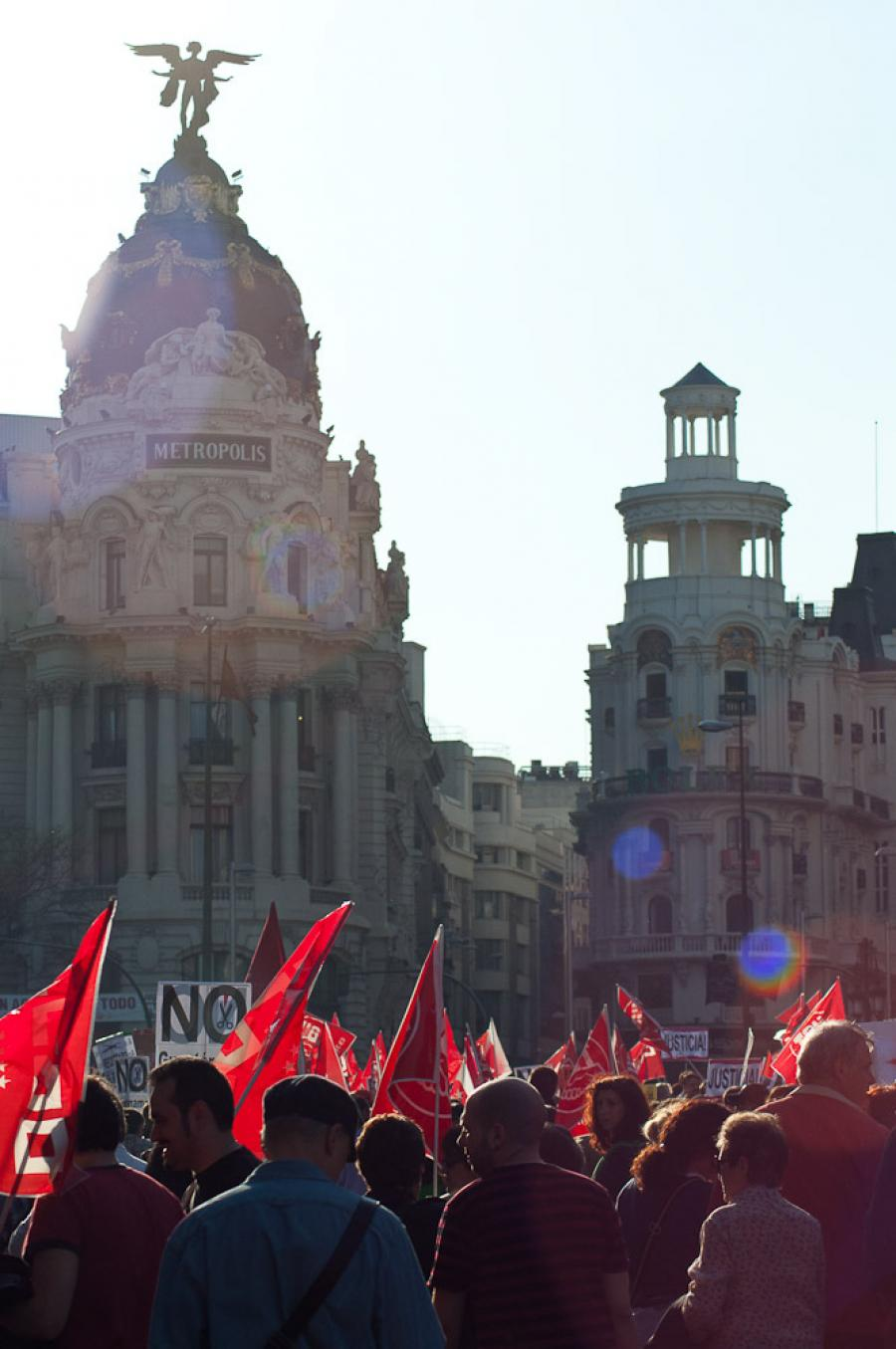 This article was written by Giselle Boxer, published on 22nd August 2013 and has been read 2910 times.

Spain Madrid Living and working in Spain
Giselle is studying Management and Spanish at Leeds University and is spending her year abroad in Madrid studying Business at Complutense University. She's also blogging about her adventures! Here are her thoughts about recent strikes in Madrid...

If you are just about to embark on your own Spanish Adventure, here is a new piece of vocabulary for you: 'huelga'. I’m sure it will be very useful for you over the next 9 months, especially if you are living in the capital, Madrid. Huelga is the Spanish word for strike, and during my year abroad, a week wouldn't pass without this word coming up in conversation.

Madrid is a city full of life and fiestas but also of deep underlying social unrest. Most of you will know that the Spanish economy is up the swanny. The country's situation is particularly poor for students at the moment. At my University, there wasn't a month that went past when there wouldn't be a huelga. After listening to a lecturer speak for over an hour in Spanish about Organisational Structure, my mind would begin to wander. But as soon as I heard the word HUELGA, my ears would prick up like a little overexcited puppy. Remember back in High School when it would snow, and the next morning you would pray that school would be called off? Well imagine the excitement of a snow day, times a million, every couple of weeks. Yeah it's awesome. You get to spend the whole day in the sun, without that two hour round trip to Uni, sipping on Tinto de Verano, without a care in the world.

During my first couple of weeks in Madrid, I was told that if an Erasmus student went into Uni when the other students were on strike, that they would get oranges thrown at them… pretty hilarious. Pretty weird as well though… Another ridiculous strike which I encountered was a cleaning strike in my faculty. On the first day of the strike, I was greeted with thousands of little pieces of shredded paper all over the floor in the Business School. 13 days later, lifts were full of rubbish, the toilets were indescribable, and El Mundo reported that rats had invaded the campus. Not so funny anymore… However, when we returned to University on the 14th day, we were pleased to see that the students had spent their own time cleaning the entire building. Cheers guys!

On a serious note, I’m not surprised that Spanish students are protesting and striking all the time. There has been a huge increase in tuition fees, which means that many Spanish youngsters will not be able to go into higher education. And without an education, it will be even more difficult to get a job. There is a severe lack of jobs in Spain at the moment and the unemployment rate for under 25 year olds is currently 55%. Pretty bad ey? With such little opportunity for youngsters in Spain, it really makes me appreciate my education so much more.