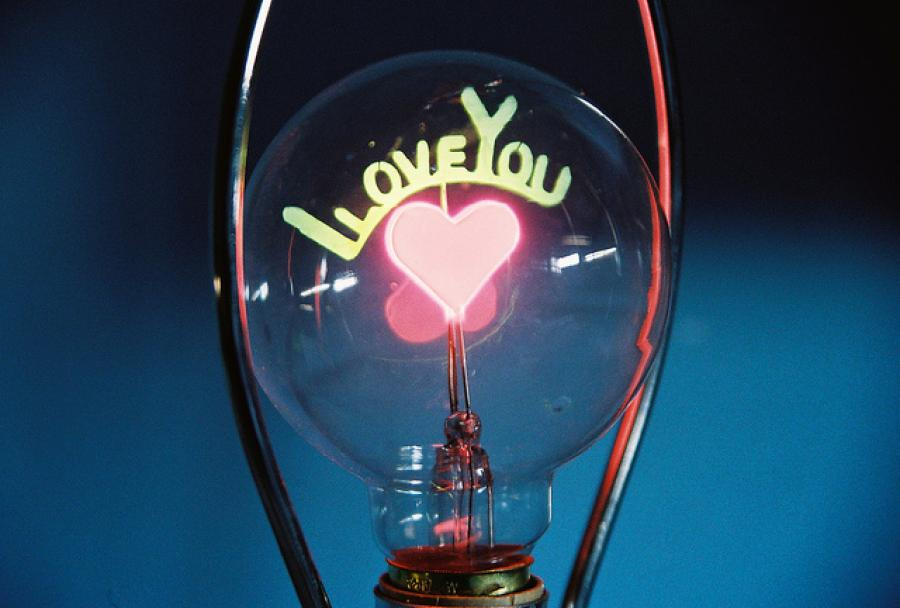 This article was written by Rosemary Maher from The University of Leeds, published on 13th April 2015 and has been read 12277 times.

Rosemary Maher studies French at the University of Leeds and is spending her year abroad as a Language Assistant at Lycée Blaise Pascal in Colmar, France. Here are her tips for surviving the year abroad when you're in a long-distance relationship. For more advice, have a read of her blog.

The long distance relationship phenomenon is a curious thing; many people experience it, yet more question how this is possible. It’s important to realise that there is no single secret to surviving a year abroad with your relationship intact: ultimately, you will have to figure out what works for you. That said, having experienced the highs and lows of a long distance relationship whilst on my year abroad, here are my top 10 tips for anyone considering doing the same.

Honestly, although it’s something you’d probably rather avoid, it is crucial that you both discuss whether or not this is something you want to go through. Establish what you both want; unless both of you are willing to go the distance, it is unlikely to work out. Don’t just assume that your other half is cool with you being X miles away. I went from living next door to my boyfriend, to living 6,419km apart (according to Google maps); this definitely took some time to adjust to! Talking it through beforehand should save you the pain of a long distance break-up.

2. Beware of the naysayers

There are plenty of people out there, all ready to tell you “it just won’t work”. You may even have friends telling you to just give up on the whole shebang. I remember feeling pretty down just after my boyfriend left for Canada, and one friend advised that perhaps it would be better for us to split up, than be unhappy. As well-meaning as some of these people may be, it can come as a bit of a blow and doesn’t really help to improve the situation. You chose to go the distance because you felt your relationship was worth it: don’t give it up just because others tell you to (unless they have some extremely justifiable reason….). Try not to respond rudely to these people; simply explain that you’d rather give it a try than give up at the first hurdle.

Making phone calls from abroad is expensive. This is where free apps such as Viber and WePhone [download for iOS | download for Android] come in. If you don’t already have it, it enables you to call people around the world (as long as they have the app installed too) via wi-fi for free. Like WhatsApp, you can also send messages. Don’t forget the joys of Skype; the video call feature is something I will be forever grateful for!

4. Be aware of time differences

What might be a convenient time for you, might be thoroughly inconvenient for your significant other. For a lot of people, the time difference will be minimal; most of continental Europe is only an hour ahead (with a few exceptions) of the UK, making it relatively easy to schedule your Skype calls. For others, it can be somewhat more difficult. If both of you are outside of the UK, it can quickly get more confusing. Whilst adjusting to the inconvenience of different time zones, most smartphones have a feature which can tell you what the time is in any given location. Take the time to figure out a mutually convenient time to converse. Something I had never thought of before the year abroad is that clock-changing happens on different dates in different places; in Canada, where my boyfriend is currently studying, the clocks changed several weeks before they did in Europe.

There are no specific rules here, regarding how frequently you should contact each other; that’s entirely up to you. If you need to Skype every day, there’s no shame in that. If you like to send lots of messages via Snapchat, carry on doing that. Just make sure that you’re both happy with the amount of communication and neither of you feels suffocated.

The evolution of technology has undoubtedly made the long distance relationship easier in many ways. However, for me at least, nothing quite beats receiving some post. Of course, you’ll have to factor in a small cost (sending a postcard from France to Canada currently costs €1.20, which is hardly breaking the bank) and the added time (approximately 10 days, in my case) but it is absolutely worth it. Even though you’ll probably already have told each other what you’ve been up to, postcards are a nice way to show you’ve been thinking of them whilst exploring your host country. Plus, they make great wall-art for all those blank, white walls!

This goes without saying, but people in long-distance relationships within Europe are certainly at an advantage here. Tons of airlines offer cheap flights across Europe (think Ryanair, Easyjet, Jet2 and Flybe to name a few), the Eurostar can take you to Paris, Lille, Lyon and Brussels and if you want to pay even less and have time on your hands, Megabus might fit the bill. For those in transatlantic long-distance relationships, it’s slightly more difficult: higher costs and longer travel times can make it somewhat more of a challenge. Luckily, my boyfriend had a travel grant which meant he was able to get three return flights to the UK for free; before you go, investigate if you could be entitled to anything along those lines. Rome2Rio is a great site (and app!) which searches thousands of multi-modal routes to easily get you from A to B. If you plan a trip, you have something to look forward to – thus making you more motivated to keep going.

The aforementioned tip has the potential to be expensive. Try to balance the costs to keep things fair; neither of you wants to end up totally broke for the sake of a weekend away.

For a long-distance relationship to work, it requires an immense amount of trust on both sides. If you see your boyfriend/girlfriend in photos with lots of other girls/boys, don’t automatically assume they’re cheating on you. It’s easy to get jealous of the fact that other people are spending more time with your significant other than you are, but try not to let that get in the way of your relationship.

Long-distance relationships can be difficult to maintain, but by keeping the end in sight and focusing on it you can get through it. If there is never a clear end, or a scheduled time that you will see each other again, then it will be harder to keep going. Get (or better still, make each other) a countdown calendar so you can cross off the days. Alternatively, use an app on your phone to create a countdown. Remember, it won’t be like this forever and all too soon you’ll be back in the same country.

Bear in mind that these are just tips; each relationship is different, and different things work for different people. Although spending a year (though technically it is often less) apart may seem nigh on impossible, with a decent dose of optimism and trust it is possible for it to work. When you (finally) make it through the year, the naysayers will realise why some of us embrace and endure the long distance relationship: because we have something we can’t do without, which is worth the effort of going the distance.